On April 4, 2019, the Eastern Washington University AROTC battalion conducted their first leadership lab of the Spring quarter, kicking it off immediately with platoon operations on the Montague’s Farm property located adjacent to the EWU campus.   Over the course of the next month, Cadets will be training on platoon tactics to prepare for our upcoming field training exercise (FTX). 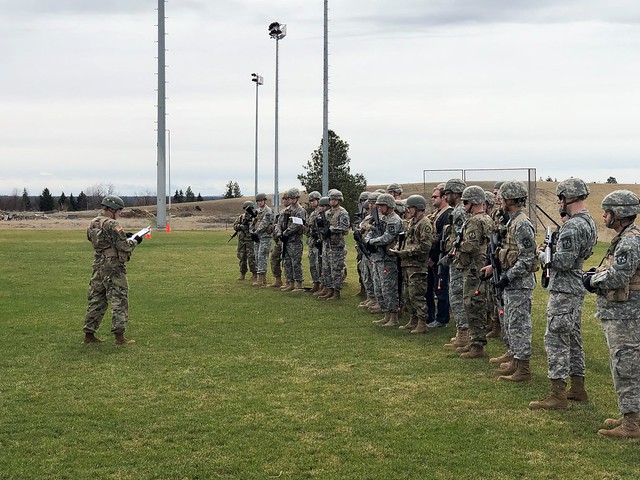 Cadet Scott Hinshaw briefs Cadets on the task, conditions, and standards of the leadership lab.

Following first formation, the OIC of this lab, Cadet Scott Hinshaw, began instructing cadets on formations and order of movement (FOOM) as a platoon size element. Cadets were able to physically see these from a designated demonstration platoon that showed the step-by-step process of movements, as well as linear danger areas (LDAs), and actions on contact. Since these have slightly changed from Squad Operations from last quarter, Cadets were given time to practice these with platoon time in the early hour of the lab. 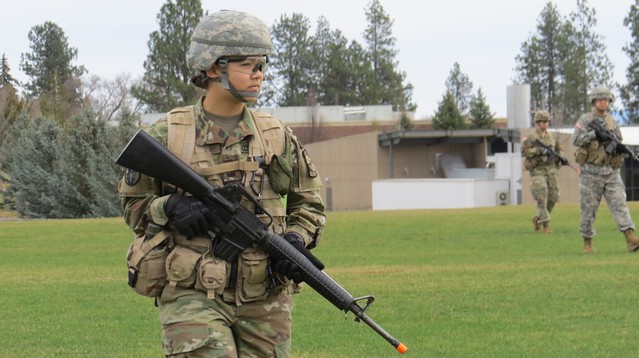 Several MS-III (junior) Cadets had the opportunity to rotate through leadership as platoon leader (PL) and platoon sergeant (PSG) to prepare themselves for their upcoming  Cadet Summer Training (CST) and Advanced Camp at Ft. Knox, KY. 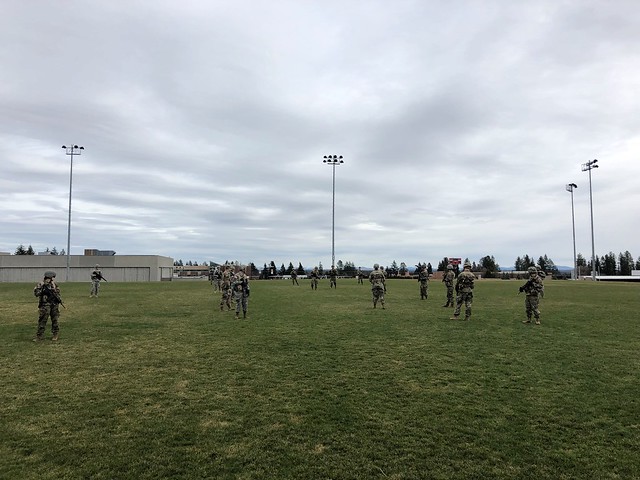 The hills at Montague’s Farm gives Cadets enough space in their training area to get the fundamentals of basic soldier skills to successfully execute platoon missions. During these patrols, MS-III leadership is able to communicate with their platoon on standard operating procedures (SOPs) for their FTX to make tactics run smoothly and more effectively for their platoons. 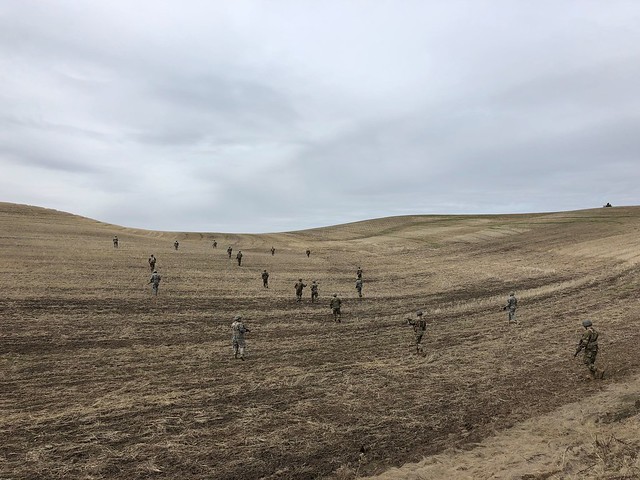 EWU ROTC Cadets move in a platoon size formation across the Palouse Hills west of Cheney.

Once done with rotating through platoon time, movements, and LDAs, Cadets then rotated to actions on contact and how to conduct this in a platoon size element. MS-IVs (seniors), assisted MS-III leadership to further develop their knowledge and apply their skills they have learned in their weekly classes. Following the lane, the MS-IV  Cadets conducted an after action review (AAR) to test the knowledge of what the Cadets just learned and correct/answer questions that were identified while being on the lane. 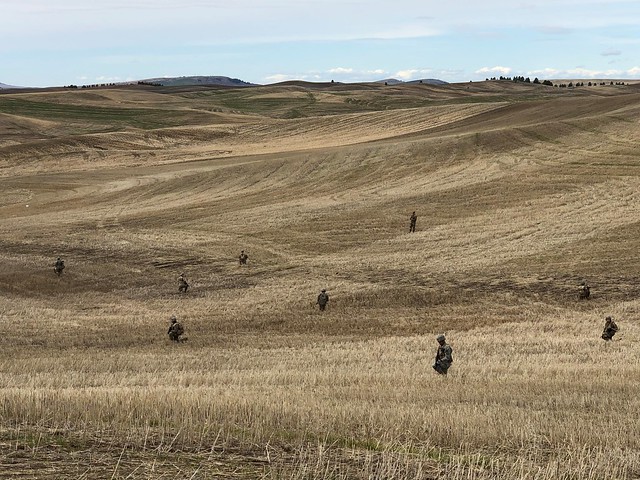 Overall, EWU ROTC kicked off their Spring Quarter with a great leadership lab, setting conditions for a successful Spring FTX. It will be challenging and will test the grit of the Cadets, but they are ready to excel at the Spring FTX.