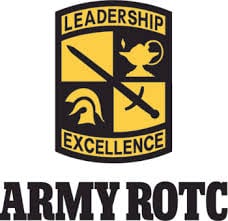 The Army Reserve Officers’ Training Corps began with President Wilson signing the National Defense Act of 1916. Although military training had been taking place in     civilian colleges and universities as early as 1819, the signing of this act brought training under a single, federally-controlled entity: The Reserve Officers’ Training Corps (ROTC). Army ROTC is the largest officer-producing organization within the American military, having commissioned more than half a million second lieutenants since its inception.

The U.S. Army Cadet Command was formed in April 1986 with Major General Robert E. Wagner as its first commander.  With its headquarters at Fort Monroe, Virginia, Cadet Command assumed responsibility for more than 400 senior Army ROTC units and over 800 Junior ROTC programs. Cadet Command transformed ROTC from a decentralized organization turning out a heterogeneous group of junior officers into a centralized command producing lieutenants of high and uniform quality. An improved command and control apparatus, an intensification and standardization of training, and improvements in leader development produced a transformation of pre-commissioning preparation.

For over 30 years, Cadet Command has produced more than two-thirds of the second lieutenants for the active Army, the Army National Guard, and the U.S. Army Reserve. More than two-thirds of the current active duty Army General Officers were commissioned through ROTC. Army ROTC trained and educated officers bring a hybrid vigor to our officer corps by drawing on the strength and variety of our social fabric.  Cadet Command accomplishes this by combining the character building aspects of a   diverse, self-disciplined civilian education with tough, centralized leader development training. This process forges a broad-gauged officer who manifests the strength and diversity of the society from which he or she is drawn, as well as the quality of strong officer leadership.

In 2011, the Cadet Command headquarters moved to Fort Knox, Kentucky and was awarded the Army Superior Unit Award for its outstanding accomplishments in         educating, training, and commissioning college students to be officers of character.  In 2013, the Secretary of the Army approved the consolidation of Cadet Summer Training.

Today, Senior Army ROTC has a total of 274 programs located at colleges and universities throughout the 50 states, the District of Columbia, and Puerto Rico with an enrollment of more than 33,000 Cadets.  Currently, there are 1,709 Junior ROTC units and over 300,000 junior Cadets. Junior ROTC has an enormously positive effect on our youth, helping young people from across the socio-economic spectrum. Junior ROTC instills the values of citizenship, national and community service, personal responsibility, and a sense of accomplishment in high school students. Army ROTC is recognized by the American public as a premier leader development program and continues to transform to provide adaptive leaders of commitment and character to the world’s greatest Army.