You are here: Home / Archives for Eastern Washington University

The path to this day was not an easy one for the commissionees. All the Cadets conducted up to 4 years of military training in the ROTC program, had to meet rigorous academic requirements, build strong physical fitness, among a host of other challenging requirements.  The most challenging thing these young leaders had to face was having to commission in the midst of a deadly pandemic.  The commissionees had to complete over a year of school entirely online and conduct their ROTC training partially online and in person with specified health and safety protocols.  They are a truly remarkable group of young leaders well deserving to commission as Army officers.

The commissioning ceremony began with the singing of the national anthem followed by opening remarks by the EWU Army ROTC Professor of Military Science, Lieutenant Colonel (LTC) Jonathan Stafford. 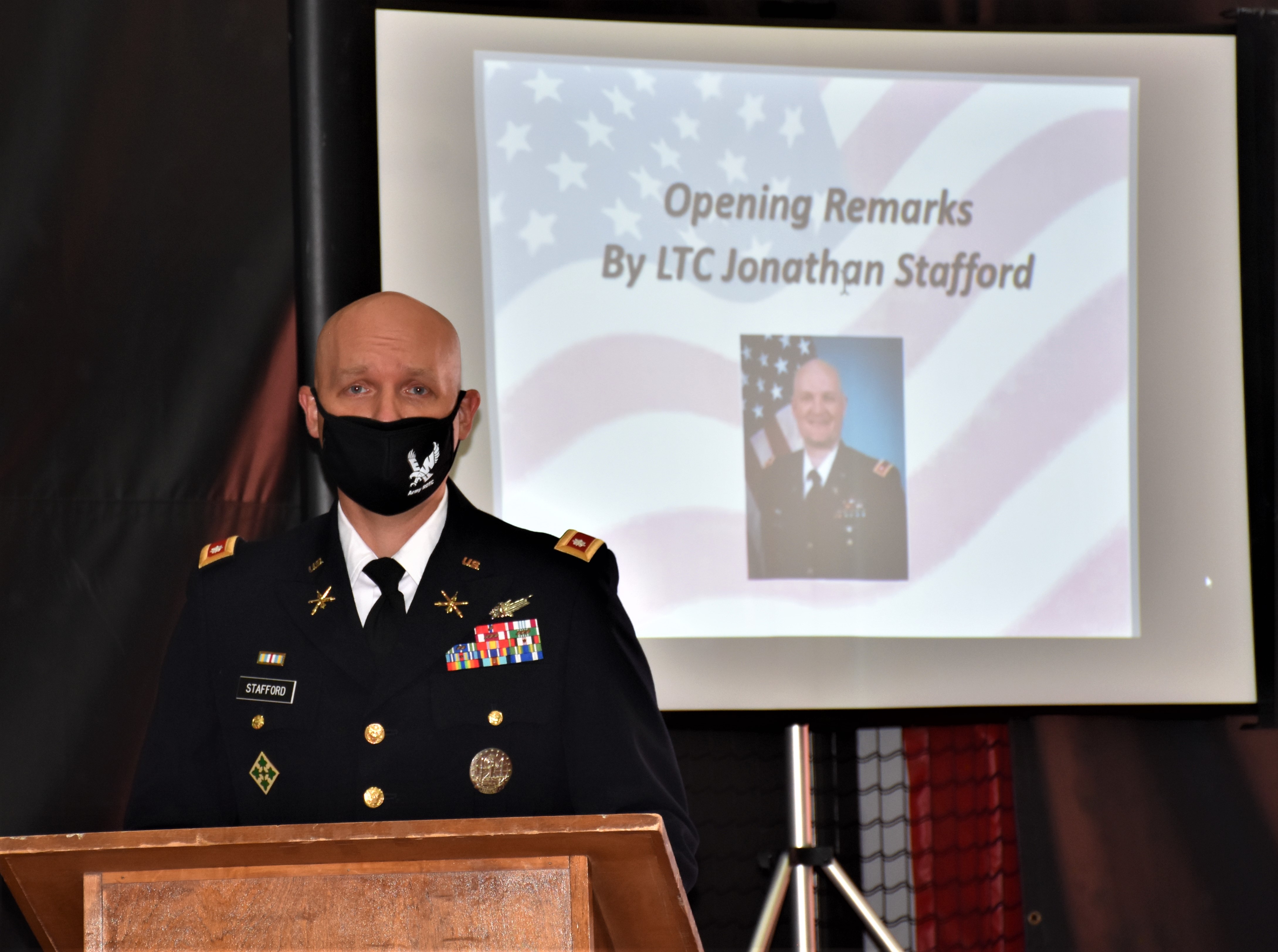 Following the remarks from LTC Stafford, the guest speaker retired Chief Warrant Officer 5 Gary Nisker from the EWU Class of 1976 gave his speech.  Chief Nisker provided some inspiring words to our Cadets about his time in ROTC to include a few humorous moments. 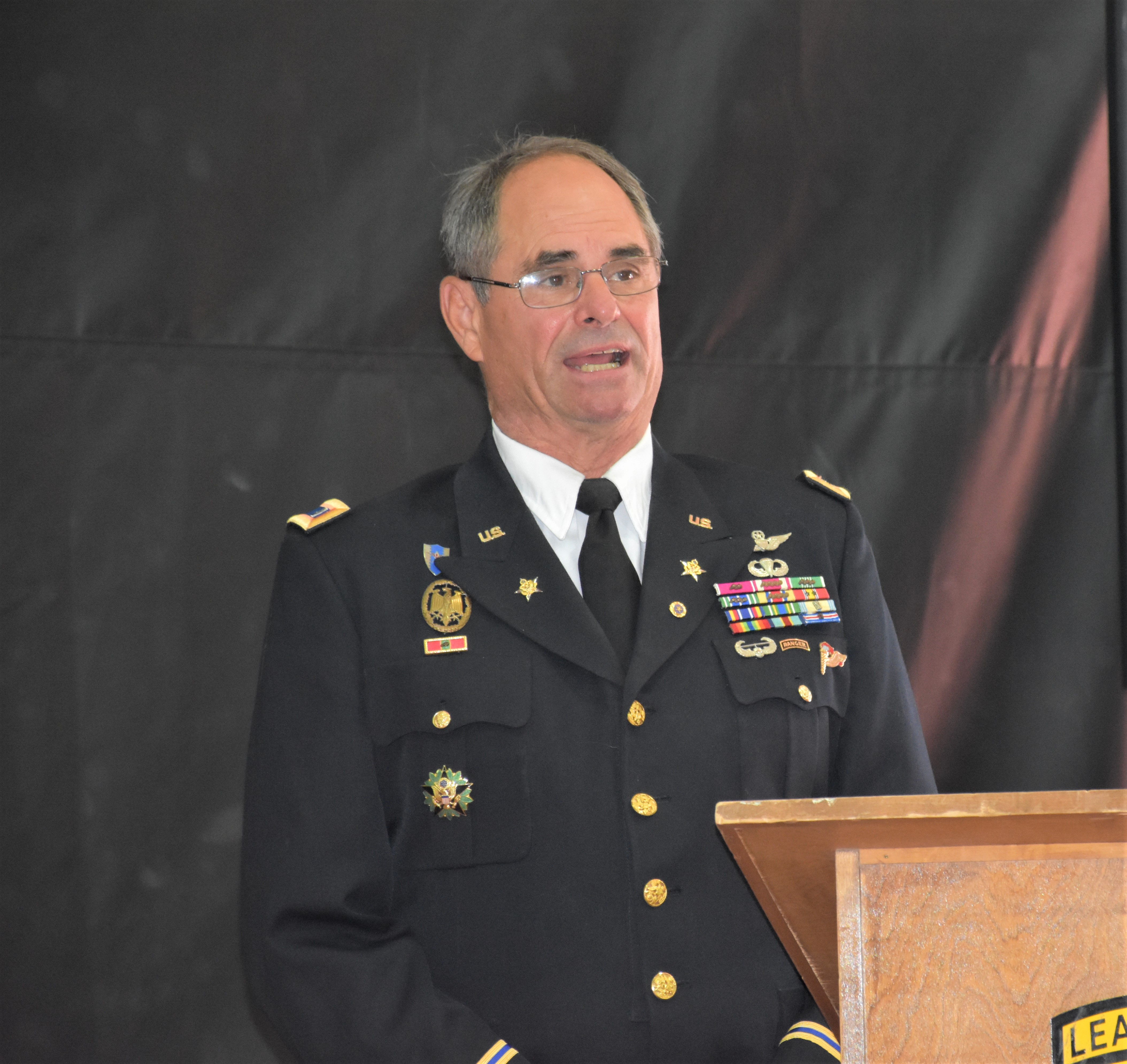 Following CW5 Nisker’s speech he was then inducted into the EWU Military Science Hall of Fame.  EWU Army ROTC appreciates CW5 Nisker speaking to our Cadets and we congratulate him on becoming part of the Hall of the Fame:

After CW5 Nisker’s speech the Cadets the Cadets each came forward to be administered the Army Oath of Office to officially commission them as a 2LT into the U.S. Army. 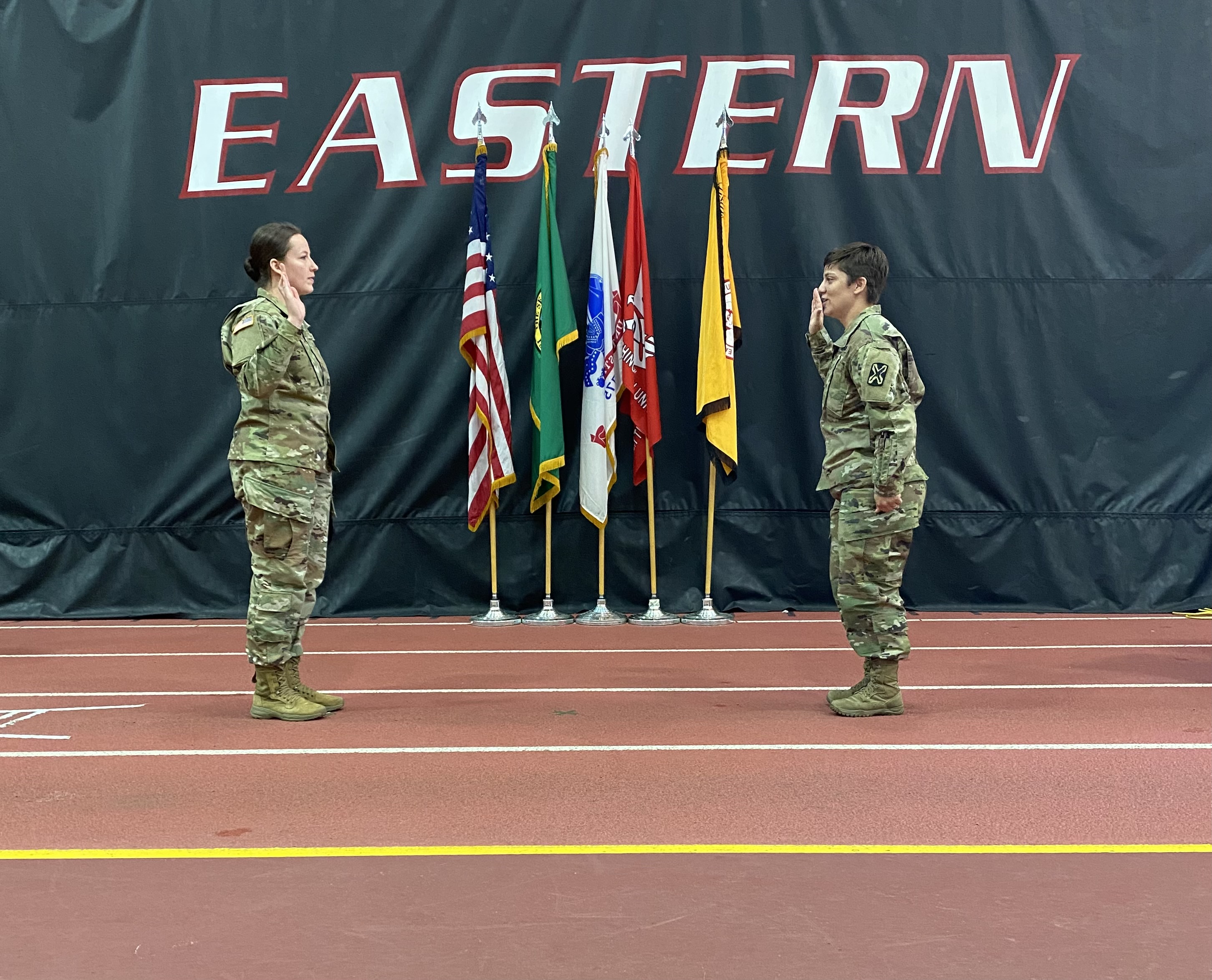 The Cadets then had family members pin their rank on their uniforms:

After the pinning, the Cadets then received their first salute from a current or former enlisted person.  After receiving the salute the Cadet then gives the enlisted person a silver dollar:

Congratulations to the following Cadets for commissioning as officers into the U.S. Army:

Note: You can view many more pictures of all the commissionees on our EWU Army ROTC Flickr page.

EWU Army ROTC on May 4, 2021 opened its new obstacle course adjacent to Cadet Hall on the EWU campus.  The obstacle course opening was attended by the 8th ROTC Brigade Commander Colonel Ben Bird, the EWU President Dr. David May, many other college officials, alumni, and supporters.

At the end of the obstacle course demonstration COL Bird presented the PMS, LTC Jonathan Stafford and the Assistant PMS, Major Nick Carbaugh with their end of tour awards.  Both officers served for three years at EWU Army ROTC and are now moving on to the next assignments, LTC Stafford to Japan and MAJ Carbaugh to Germany.

More pictures from the obstacle course opening can be viewed on our EWU Army ROTC Flickr page. 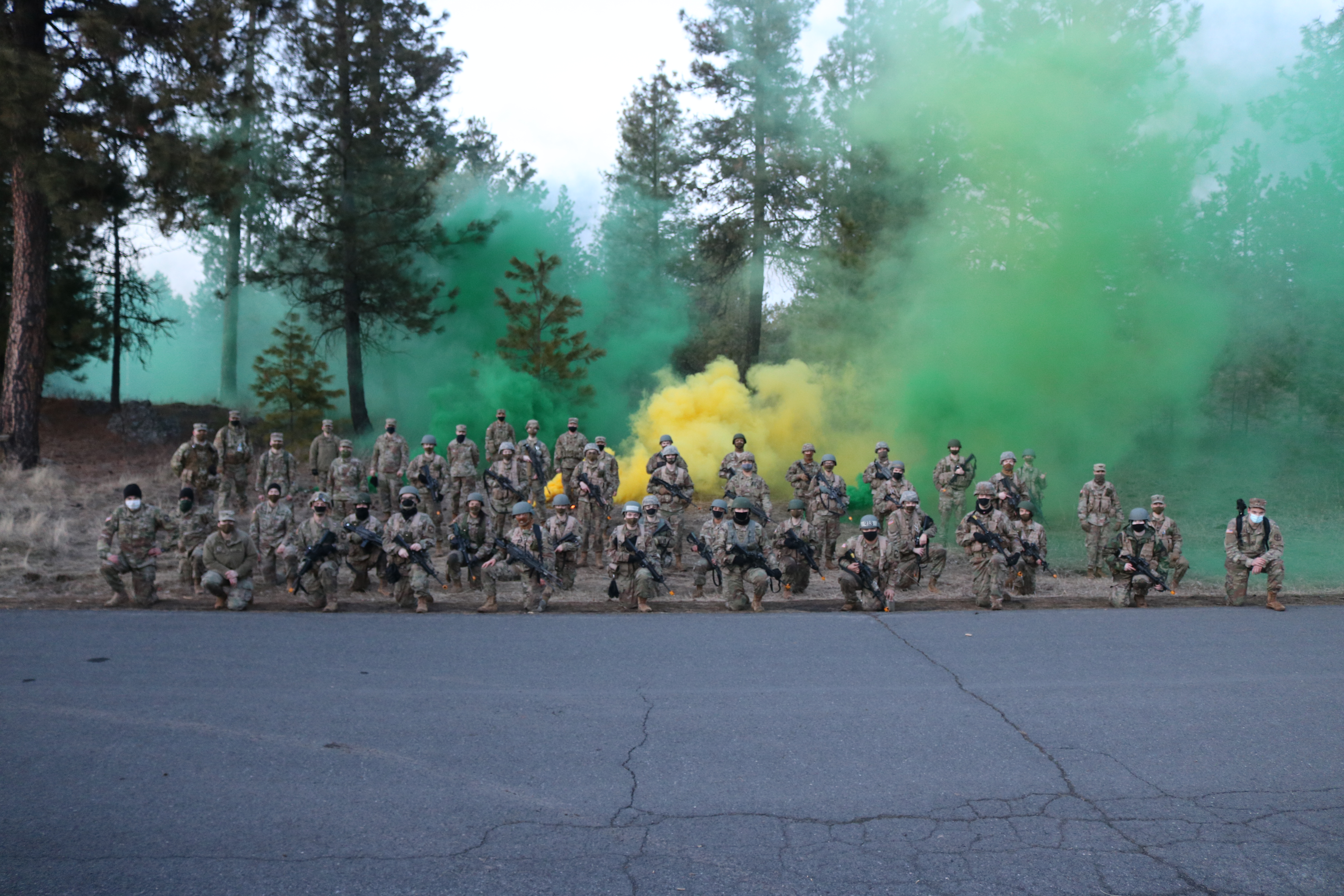 This year in conjunction with the restart of the Big Sky football season, EWU Army ROTC is sponsoring the Eagles Madden Challenge 2021 video game tournament.  The tournament will begin on March 19th and registration is currently open until March 18th at 7PM Pacific time.  Anyone can enter the tournament; so if you are current student at Eastern, someone still in high school, or alumni it doesn’t matter you can enter.  There is also cash prizes for the winners with the overall winner receiving $150.

The tournament will be played over X-box One with the following rules:

Full details of the rules, the various cash prizes, and how to register for the tournament can be found at this link.  Feel free to comment or send us a message through our Contact page with any questions you may have.  Go Eags!

A couple of our nursing Cadets were featured on the university’s Inside EWU webpage for their efforts to help administer the COVID-19 vaccine to the public in the Spokane area.  Here is an excerpt: 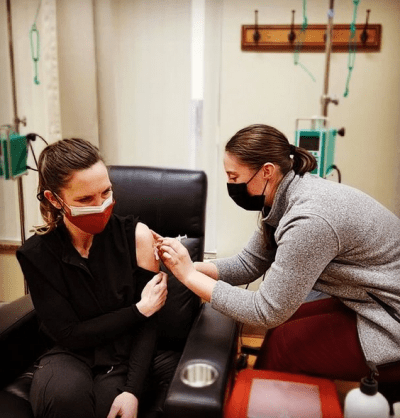 A year into the COVID-19 pandemic, Eastern Washington University students continue to show they are Eagle Strong by supporting the ongoing and ever changing public health efforts. EWU ROTC nursing cadets are taking action to help our region recover by administering vaccines to educators and volunteering at vaccine sites.  [Inside EWU]

You can read more at the link, but we appreciate the university reporter Miranda Reed for reaching out and writing the article about our outstanding nursing Cadets.  EWU Army ROTC offers nursing scholarships to incoming and current students at Eastern. If you are looking to become a health care professional while serving your country and making an impact locally consider enrolling into an ROTC course.  More details about our nursing program and the scholarships available can be read at the below link.  Eagle Strong!

On March 4, 2021 the Cadets from the Eastern Washington University (EWU) Army Reserve Officer Training Corps (ROTC) program conducted it’s final Leadership Lab of the Winter Quarter before departing the Winter Field Training Exercise (FTX) this weekend.  The Leadership Lab was held on the Cheney Waterworks property near the EWU campus.  After drawing equipment and conducting pre-combat checks the Cadets moved out to their training locations that were spread out around the property.

Like our prior labs, the MS-III Class, which is comprised of Junior level students, led the squads during the training because they are preparing to attend Advanced Camp at Fort Knox, Kentucky within the next 3-4 months. Providing as realistic training as possible to prepare them for camp is extremely important since passing Advanced Camp is a mandatory requirement for all Cadets who want to commission as an officer in the U.S. Army after graduation.

After the OPFOR elements were neutralized the Cadets then ended the exercise by conducting an After Action Report (AAR) that was facilitated by MS-IV Cadet and Cadre facilitators to bring out lessons learned from the training.  Overall it was a great lab that prepared the Cadets to excel during the upcoming weekend Winter FTX.

Note:  You can see and download more pictures from the training from our EWU Army ROTC Flickr page.