This award was established to annually recognize outstanding engineering Cadets across the nation.  The SAME ROTC Award of Merit is a bronze medal that was first authorized for Cadets back in 1948.  To be eligible for the award Cadets had to be a junior or senior engineering student, be in the Top 25 percent of the engineering class, in the Top 25 percent of their ROTC class, and display exceptional leadership skills. Cadet Goldbach was 1 of the 20 Cadets selected nationwide for the award from the country’s 274 ROTC programs.

Christian is a Mechanical Engineering major entering his final year at Eastern.  Besides excelling academically he has also been a four year member of the university’s Ranger Challenge team and regularly achieves the maximum score on the Army Physical Fitness Test.  He further displayed his high level of fitness by earning the German Armed Forces Proficiency Badge.  The badge is one of the few foreign service awards authorized for wear on U.S. military uniforms.  He has been part of the Color Guard and Cannon Crew that support EWU’s sporting teams as well.  He was also selected for a military exchange program where he spent the summer at the Escuela Militar de Chorrillos, Peru’s version of West Point located in the capitol city of Lima.

Congratulations to Cadet Goldbach for earning this prestigious award. 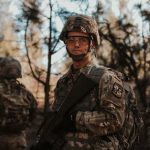 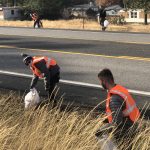