Ranger Challenge is an annual competition where Army ROTC teams from 11 university’s located in the Inland Northwest, Montana, Idaho, and Northern California compete to be the best team in the region.  The teams compete in various military themed events that challenge the Cadets both physically and mentally.  This year between 24-26 October 2019 the Spokane region played host to the 2019 Ranger Challenge Competition. 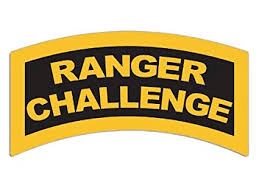 The first day of the competition was planned and executed by the Eastern Washington University (EWU) Army ROTC program.  The events were all hosted either on campus or in the Cheney region.  Something new tried for this Ranger Challenge was that scores for each event were being posted online for family, friends, and alumni to keep track of the competition.  Additionally complete descriptions of the events with scoring standards were posted for not only the competing teams to view, but for spectators as well to understand the challenging events the Cadets were executing.

Our EWU ROTC team began the competition at the Cheney Trailhead of the Columbia Plateau Trail.  From the trailhead the team had to roadmarch 4 miles to Fish Lake where they then had to complete a rafting course.  At the end of the rafting course a 9-Line MEDEVAC request was called up using clues found along the route.  Our EWU team did outstanding in this event by finishing in 2nd place to the University of Montana.  The Eastern team during the event demonstrated their well practiced paddling skills on Fish Lake.

The #EasternWashingtonUniversity #ArmyROTC , @guarotc and @wsu_rotc teams take off for the first event of today’s Ranger Challenge competition. The teams will road March 4 miles and then conduct a rafting and finish with completing a 9 line MEDEVAC using clues found along the route. #goeags #warriorleaderswanted #roadtosandhurst 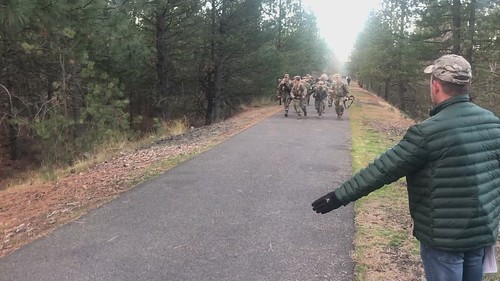 After the event at Fish Lake the Eastern team then took a bus to the weapons range at Medical Lake.  At this event the team had to conduct a written general Army knowledge test, an M17 pistol range, and a M4 rifle range that included having to pull a sled with 200 pounds up and down a hill.  The Eastern team dominated this event by shooting very well, getting the most laps completed with the 200 sled, as well as the highest scores on the written test.

For the CWST Event, each member of the Ranger Challenge team completed a five-minute buoyancy test without a ruck, jumped from a high diving board and swam across the pool, and then conducted a two-stroke test using the sidestroke and breaststroke.  The EWU team took a one point penalty on the breaststroke test which knocked the team down to 2nd place for the event. 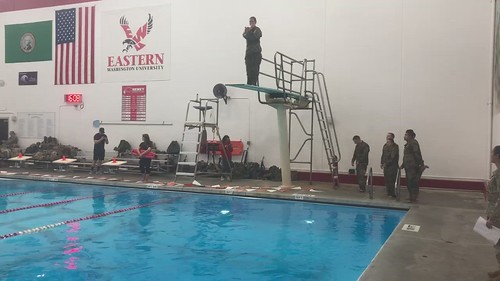 Cadet Kaylie Watters jumps off the diving board.

For the Commander’s Challenge event, each Ranger Challenge team member had to ascend a climbing wall, then complete the Spring, Drag, Carry event of the new Army Combat Fitness Test (ACFT), and then negotiate an obstacle course.  Since this was the fourth event of the day our Eastern team was quite tired and had some challenges with the climbing wall.  However, the team did well enough on the Spring, Drag, Carry and obstacle course to finish a solid 4th place for the event. 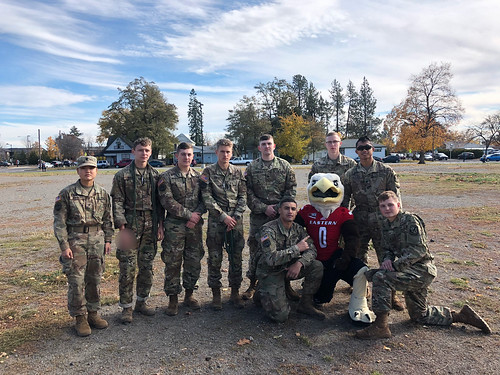 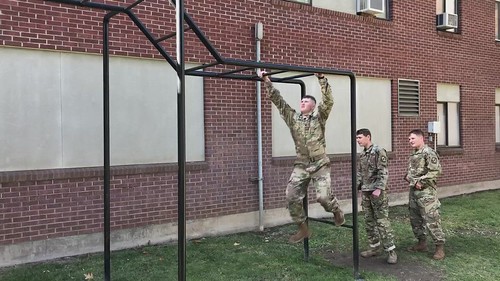 After each team completed their Day #1 events they then headed over to the upper parking lot behind “The Inferno” at Roos Field.  At the parking lot UH-60 Blackhawk helicopters from the Washington Army National Guard landed and then transported the Cadets to Camp Seven Mile.  The camp is located just north of Spokane within the boundaries of Riverside State Park.  EWU Army ROTC thanks the 96th Aviation Troop Command out of Joint Base Lewis-McChord for supporting Ranger Challenge 2019.

Our #EasternWashingtonUniversity #ArmyROTC Ranger Challenge team has departed the Eastern campus by Blackhawk helicopter and are currently at Camp Seven Mile preparing for the next events of the competition. #goeags #ewu_rotc #leadership #motivation #uh-60 #helicopters #riversidestatepark #warriorleaderswanted #alwaysflytheairplane

One the night settled in on Camp Seven Mile, the team then participated in a night land navigation course.  Being proficient in land navigation is one of the key skills taught to ROTC Cadets.  For this course the team had to find as many points as possible and return at a set time or be penalized.  The land navigation points were scored by the closer ones being worth smaller scores and the longer distance points being worth higher scores.  Our EWU Army ROTC team excelled at this event by finishing second in the amount of points found.

On Day #2 of Ranger Challenge, the Cadets woke up early and marched to their first event of the day, the Hand Grenade Assault Course.  For this event the team had to patrol through the woods, identify targets, and then successfully engage the targets by throwing hand grenades.  The team came one point short of getting the maximum score on the course, thus finishing in 2nd place. 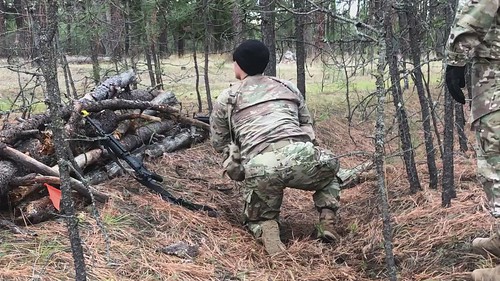 For the HMMWV Push event the Cadets had to push an uparmored HMMWV filled with gear across a large grass field.  This was an extremely physically demanding event that the Eastern team finished 3rd place in. 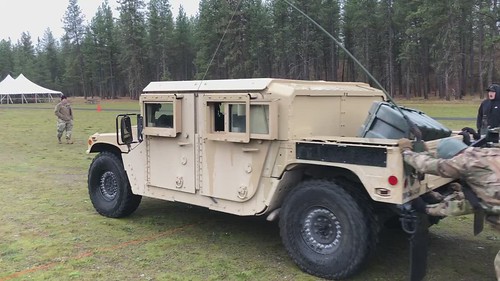 For the Grinder event, the Cadets had to evaluate a casualty and provide medical care.  After correctly applying medical care they then had to put the casualty on a stretcher and transport it to the top of a steep hill.  At the top of the hill the Cadets then had to correctly call in a 9-Line MEDEVAC to extract the casualty.  The Eastern team narrowly finished in 3rd place in this event.

Prior to the start of Ranger Challenge each team was given a packet on what all the events would be so they could train for them.  However, one event was unknown which became known as the Mystery Event.  The Cadets were going to have to complete this event with no prior knowledge of what they would be asked to do. In the event the Cadets had to climb a wall, sprint across a field, and then conduct a Call for Fire course.  The Eastern Ranger Challenge team ended up having the fastest time and placed 1st overall in the Mystery Event.