The operating budget cycle for Eastern Washington University is both annual and biennial in nature.  The state of Washington provides operating resources to its universities through a two-year legislative appropriations process, with annual supplemental appropriations in the second year of each biennium.  Additionally, Eastern collects tuition from students and budgets that revenue annually.  The state's appropriation and student tuition are the major sources of funding for Eastern's operating budget.  Additional resources include dedicated local funds, service funds, auxiliary funds, scholarship and fellowship funds, and sponsored research funds.  The Board of Trustees approves Eastern's biennial budget in June for the upcoming biennium, after conferring with the University Budget Committee and participating in budget forums on campus. In addition to the operating budget, Eastern has a legislatively authorized capital budget in addition to locally-funded capital projects. 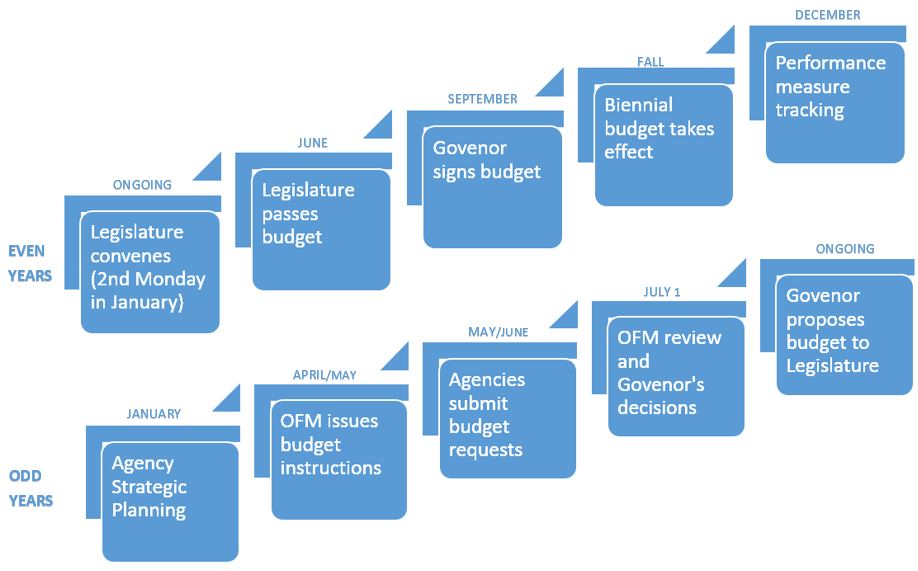 Click here to go to budget requests and bills