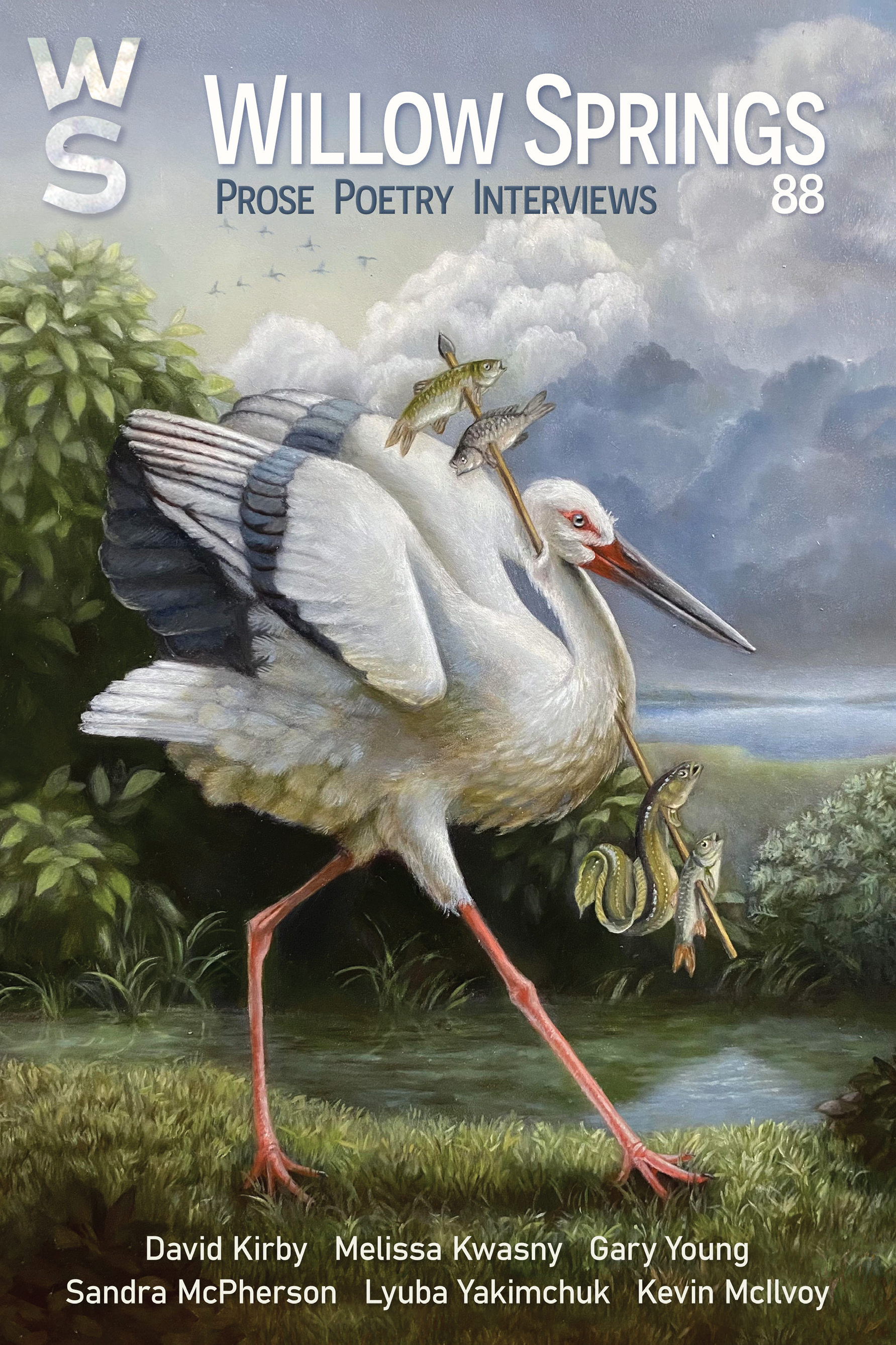 I can feel myself winnowing

to some rudimentary figment, as when

the distinction no longer quite holds

and a beached hunk of carrion,

the intertidal wash where, canted on a shelf,

it leaned toward deeper water. I found it

at ebb tide, wallowing in a cradle of mud,

luxuriating in rust, the backseat grotto

sickened in a lime green brine

sunlight as though the whole wattage

as something else in the surf. What luck it is

to become something else, I thought,

as the pools sizzled, and in a constellation

of swirling ephemera the car

shed the vestigial hulk of its former life.

Strange, too, to find permanence so swayed,

hung on a precipice where manatees

A different weather daily washed in and out of its salt bed,

rinsing and rinsing the dead until

a storm at high tide would send it drifting

down past the manta ray and the striped flash

of pilot fish, below eddies of plankton

and the serene coasting of a shark

until it settled, I could only imagine,

into that kingdom of bioluminescence

into which no light would come

but that an angler willed

into recesses of camouflaged splendor

Is that what an afterlife amounts to?

It could have been otherwise. Who knows

who first drove the car into the reeds,

fish-nosed and punished about the sides,

or how many days and nights it stood

a whistling house of wind before

the pocked doorways burst into coral.

For years it idled behind its nowhere engine,

at most a scow, shipwrecked with blight,

while a breeze, stubborn as a ghost,

nudged the wheel a little left, a little right.

It was a crime the way our neighbor hitched that appaloosa

to a tractor chassis and let it buck for hours before it broke,

Chelle and I watched it hurtle to the river

to drink, its slung back a hammock of horn flies.

Then the dog hauled after it

and we had to hustle up the scree when the cry

went out like a door sheared off its hinges.

We found the dog writhing with jaw kicked apart

and had to pour him into a wheelbarrow.

I brought the Buick around and from wheelbarrow

Then, in less than a mile, the car sputtered dead.

We sat listening. Don’t start too, I said

but Chelle’s crying had already braided with the dog’s,

a gaping, guttural rhythm passing between them

that sent me to the trunk for the crowbar.

I looked only long enough to understand

where best to hit. I turned the dog’s face

to the floor and Chelle kept her eyes

on the distant tree line. One swing

and the two cries unbraided. Then I lifted

the new weight from the car, wrapped

in my coat, and walked it home. Its scent

filled the circle the appaloosa had worn

into the dirt. Gentling itself for hours,

it seemed sure only of where not to be.