You are here: Home / Archives for scholarship

The Eastern Washington University (EWU) Army Reserve Officer Training Corps (ROTC) program is pleased to announce that Kylie Crooks has been awarded the Major General (MG) Barbara R. Holcomb Nurse Cadet Excellence Award.  The award recognizes the top nursing Cadet in the 8th ROTC Brigade that covers the 30 different ROTC programs across the west coast of the United States to include major universities such as USC, UCLA, Oregon, Washington, Washington St. etc.  MG Barbara Holcomb is a 1987 graduate from the Seattle University’s ROTC program and the former Chief of the Army Nurse Corps.  She retired from active duty last year and established this award to recognize nursing excellence in the brigade.

Cadet Crooks is studying nursing and is on pace to graduate with honors.  She has also demonstrated a high level of physical fitness by scoring above 90 points on each event of the Army Physical Fitness Test.  She has further demonstrated her fitness by receiving a Gold German Armed Forces Proficiency Badge (GAFPB) during testing held by German Army officials at EWU.  She was also selected for a Randy Van Turner ROTC Scholarship that is currently paying her full tuition.  Kylie last summer completed ROTC Advanced Camp at Ft. Knox, Kentucky where she received the highest rating of “Outstanding”.  Besides being a Cadet, Kylie also serves as a watercraft engineer in the U.S. Army Reserve’s 467th Transportation Company.

After graduating from EWU and the Washington State University College of Nursing in December 2020, Kylie will commission as an officer into the U.S. Army Nurse Corps.  She will then attend basic officer training and be assigned to an Army hospital where she hopes to specialize in being an Intensive Care Unit (ICU) nurse.  She also has a long term goal of pursing a Doctorate Nurse Practitioner in the future. EWU Army ROTC wishes Cadet Crooks all the best in her future endeavors and congratulate her for receiving this prestigious award. 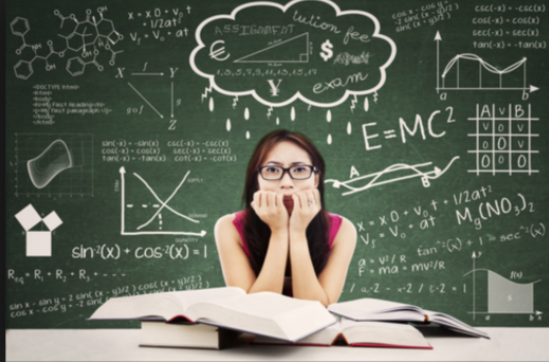 One of the main criteria for the awarding of ROTC scholarships is that applicants must demonstrate strong academic potential.  Applying for an ROTC scholarship requires applicant to have minimum academic credentials of:

Of course having academic credentials that far exceed the minimums will make you more competitive for an ROTC scholarship.  Some people may hire tutors or buy expensive software to improve to improve their ACT or SAT scores.  The U.S. Army has now offered its own free alternative to help students prepare for these and other tests.  The program is called March 2 Success which is a website that gives users free access to online study materials the improve their standardized test scores.  These standardized exams includes state exit exams, college entrance exams, the military entrance exam (ASVAB) and others.

Learn more about March 2 Success and improve your chances of receiving an ROTC scholarship at the below link: 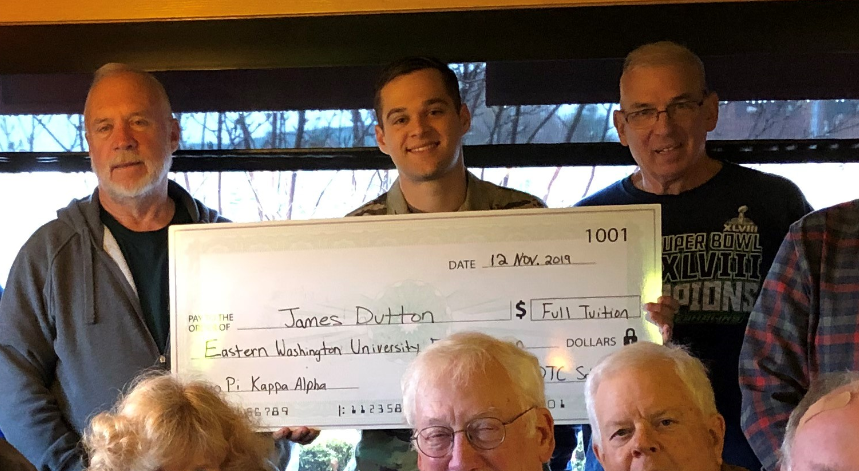 The scholarship is in honor of the Pi Kappa Alpha fraternity’s EWU chapter co-founder First Lieutenant Randy Van Turner.  Randy was a 1968 graduate from the EWU ROTC program who was a recipient of the Silver Star and was killed in action in 1969 during the Vietnam War.  His fraternity brothers decided to honor his service by establishing an ROTC scholarship in his name.  The scholarship is awarded to EWU ROTC Cadets that demonstrate academic excellence, high physical fitness, leadership, and financial need. Through a board process, Cadet Dutton was chosen as the fourth Randy Van Turner ROTC Scholarship recipient this year.  He will receive one-year of paid tuition to EWU. 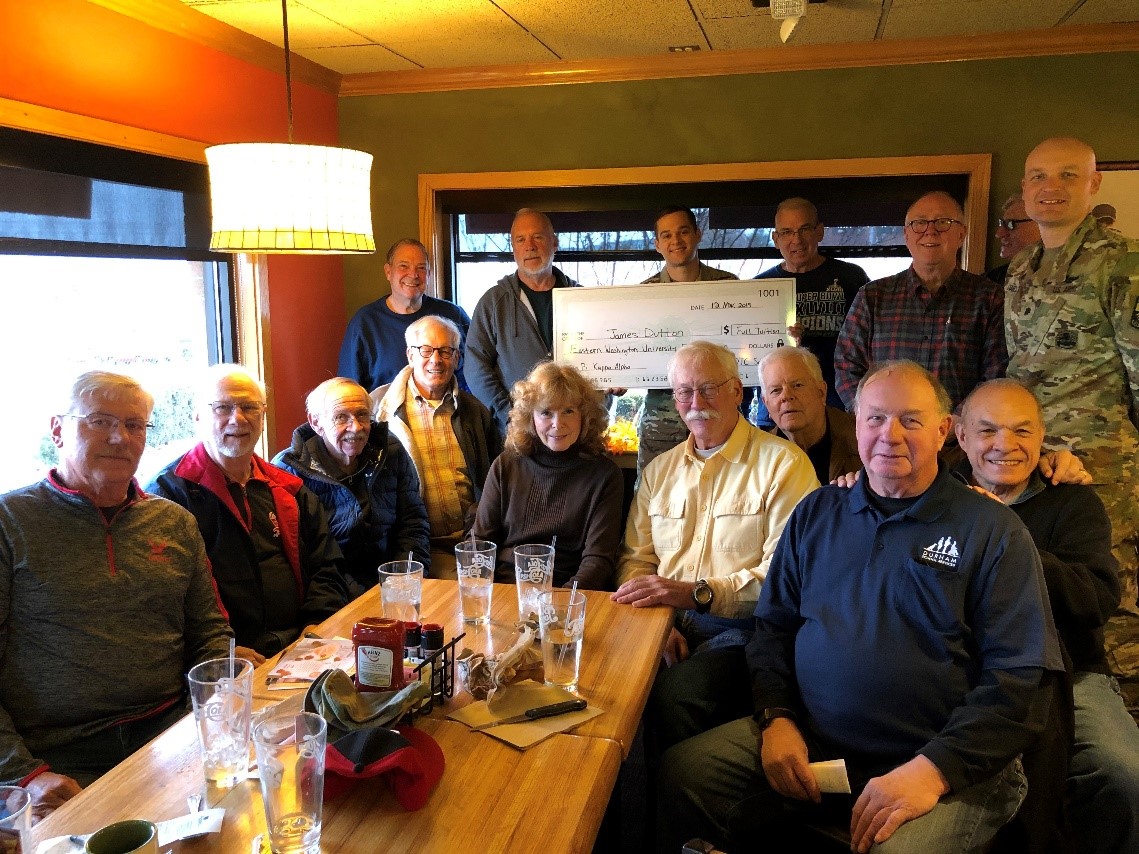 Cadet Dutton comes from a military family with his dad having spent 22 years in the U.S. Air Force.  He moved to Washington two years ago from Colorado to pursue a double major in Environmental Science and Biology at EWU.  James this past summer excelled at Basic Camp at Ft. Knox, Kentucky and is currently preparing to attend Advanced Camp next summer.  James’ goal is commission as an officer and pursue a career in Aviation in the Washington Army National Guard.  The Randy Van Turner ROTC Scholarship has helped lift the financial burden of paying for his college tuition over the next year so he can spend more time focusing on ROTC and pursuing his dream of becoming a pilot and a wildlife biologist.

Note: If you are interested in donating to the Randy Van Turner ROTC Scholarship please contact the EWU Foundation at 509-359-6703 for more information.

The 2019 Randy Van Turner ROTC Scholarship was issued this week to Cadet Kylie Crooks.  Kylie is an incoming MS-IV Cadet with the Eastern Washington University (EWU) Army Reserve Officer Training Corps (ROTC) program.  The scholarship is in honor of the Pi Kappa Alpha fraternity’s EWU chapter co-founder First Lieutenant Randy Turner.  Randy was a 1968 graduate from the EWU ROTC program who was a recipient of the Silver Star and was killed in action in 1969 during the Vietnam War. 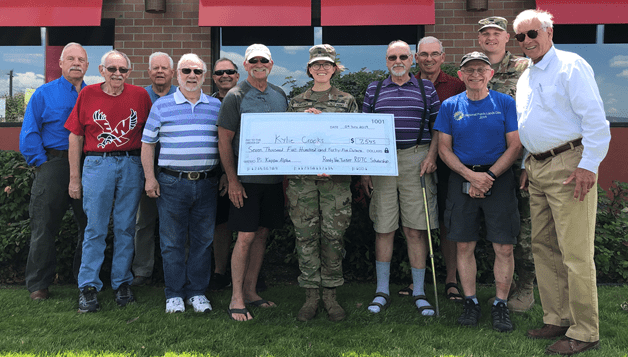 Cadet Kylie Crooks (center) is pictured with members of the Pi Kappa Alpha Fraternity and the EWU Professor of Military Science.

This year his fraternity brothers decided to honor his service by establishing an ROTC scholarship program.  The scholarship is awarded to EWU ROTC Cadets that demonstrate academic excellence, high physical fitness, leadership, and financial need.  Through a board process, Cadet Crooks was chosen as our second 2019 Randy Van Turner ROTC Scholarship recipient.  Cadet Crooks is studying nursing and is on pace to graduate with honors.  She has also shown a high level of physical fitness by scoring a maximum 300 on her Army Physical Fitness Test.

Kylie also recently completed ROTC Advanced Camp where she received the highest rating of “Outstanding”.  Besides being a Cadet, Kylie also serves as a watercraft engineer in the U.S. Army Reserve’s 467th Transportation Company. 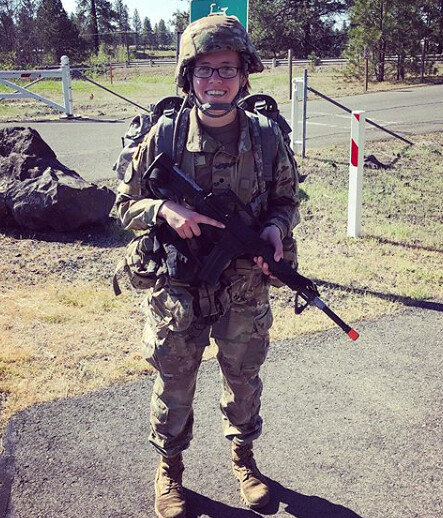 The scholarship worth $7,545 will pay her full tuition next year as she pursues her nursing degree and a commission as a Second Lieutenant in the U.S. Army.  Congratulations to Cadet Crooks for being awarded the Randy Van Turner ROTC Scholarship and a big thank you to Pi Kappa Alpha for sponsoring this scholarship in support of our outstanding EWU ROTC Cadets.