On February, 28 2019, the Eastern Washington University (EWU) Reserve Officer Training Corps (ROTC) battalion conducted its weekly leadership lab on the Montague’s Farm property located to the west of the university’s campus.  Much like last week’s training at the Cheney Water Works, the Montague’s Farm property was also covered in knee deep snow.  This deep snow was evidence of the grit Fighting Eagles Cadets how to be able to conduct squad operations in rough terrain; while being in freezing cold temperatures. 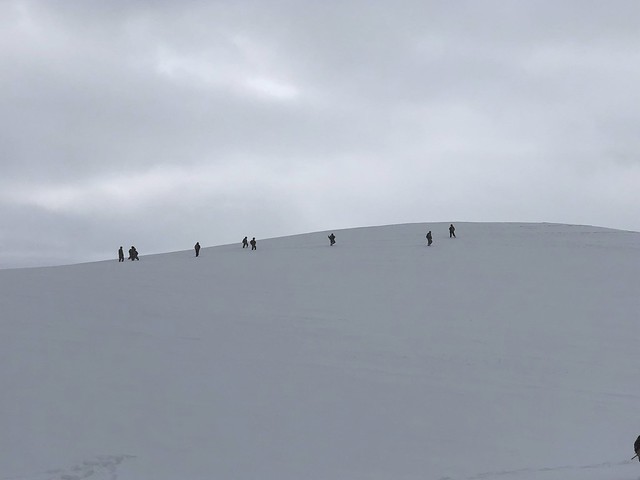 EWU ROTC Cadets patrol the Palouse hills to the east of Cheney, Washington.

After first formation the officer in charge (OIC) of this week’s lab, Cadet Samuel Coutts gave a safety brief about cold weather injures and explained to the Cadets the task, conditions, and standards for the lab.  For this lab the Fighting Eagle Cadets were tested on their skills to properly conduct squad assault battle drills and react to indirect fire.  Each squad was assigned an MS-IV (senior) Cadet who evaluated and helped the MS-III (Junior) Cadets conduct their mission. Each MS-III had a chance to rotate through leadership positions to give them further practice before attending Advanced Camp at Ft. Knox, Kentucky this summer.  The 37-day camp is a requirement for all MS-III Cadets to pass before commissioning as an officer in the Army. 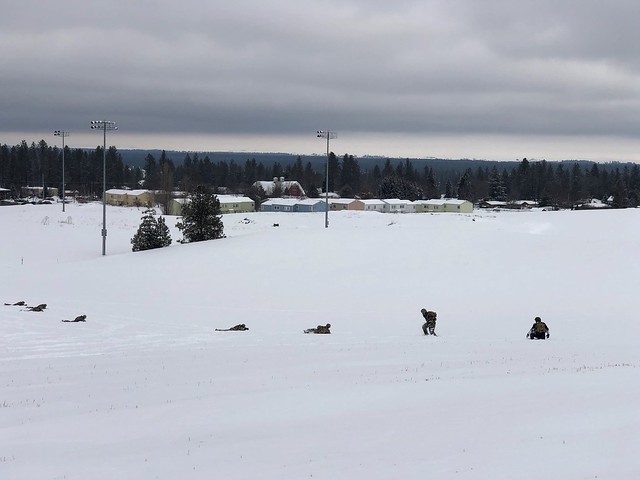 Cadets take cover after they are engaged by an enemy opposing force (OPFOR).

During the battle drill lanes, the Cadets patrolled along the Palouse hills of Montague’s Farm.  The world “Palouse” comes from the French term “land with short grass” which is believed to have come from French fur trappers.  The Palouse were formed between 15,000-17000 years from sediment left over from the Great Ice Age Floods.  This leftover sediment formed the Palouse much like wind blown sand creates sand dunes.  The fertile soil makes for great farming, but during the winter, the hills make for a large and challenging training ground for ROTC Cadets. 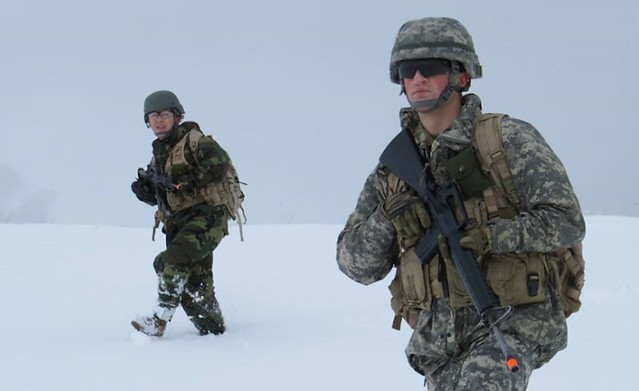 While patrolling the Palouse hills the squads were engaged by an enemy opposing force (OPFOR).  This triggered the squad leaders to execute their battle drills that focused on getting down, returning fire, getting the squad on line, and yelling out description, direction, and distance. After they had eliminated the OPFOR, the MS-III squad leader had to lead their squad size element through the objective and implement prior lab training to set up 360 security and go through special teams.  Once the lane was completed, an MS-IV evaluator would conduct an after action report (AAR) that is used to describe what the Cadet did correctly and identify areas of improvement. 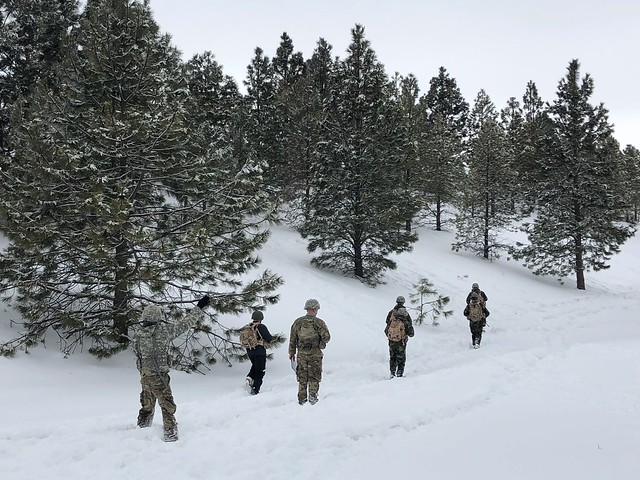 A squad of EWU ROTC Cadets patrol through a section of wooded terrain. 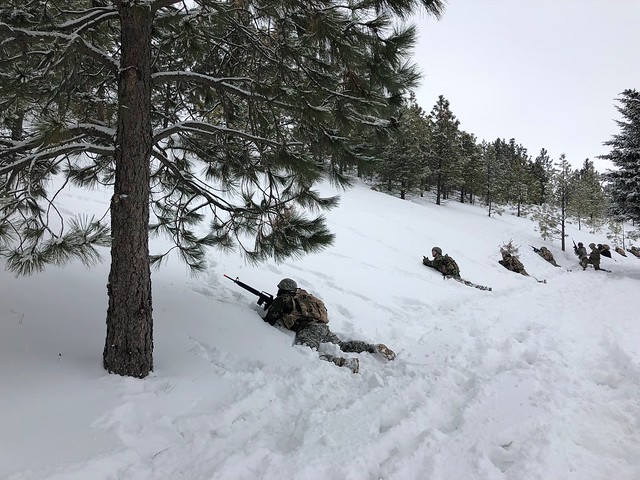 Cadets engage OPFOR that ambushed them in the treeline.

The next lane the Cadets had to rotate to was the indirect fire lane.  When a simulated indirect fire attack began the MS-III squad leader that was in charge had to yell out to the rest of their squad a distance and direction to a location that was deemed safe. 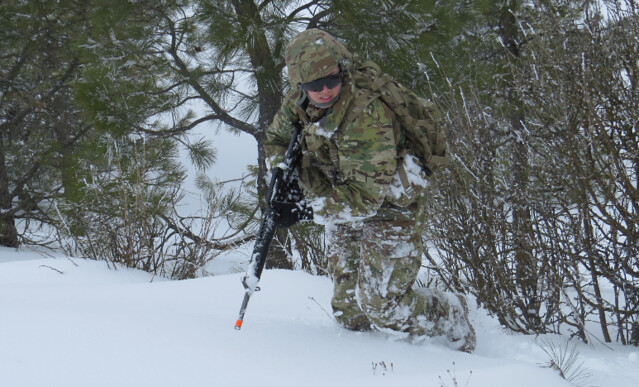 Overall the Fighting Eagles had another great leadership lab to prepare them for the upcoming Winter Field Training Exercise (FTX).  The FTX will test the Cadets over 24 straight hours on all the skills they have learned this quarter during leadership labs.  It will be another challenging training event that our EWU ROTC Cadets will undoubtedly excel at.