It was a beautiful, but cold day yesterday at Roos Field as the Eastern Washington University (EWU) football team hosted a second round football playoff game against Nicholls State University. 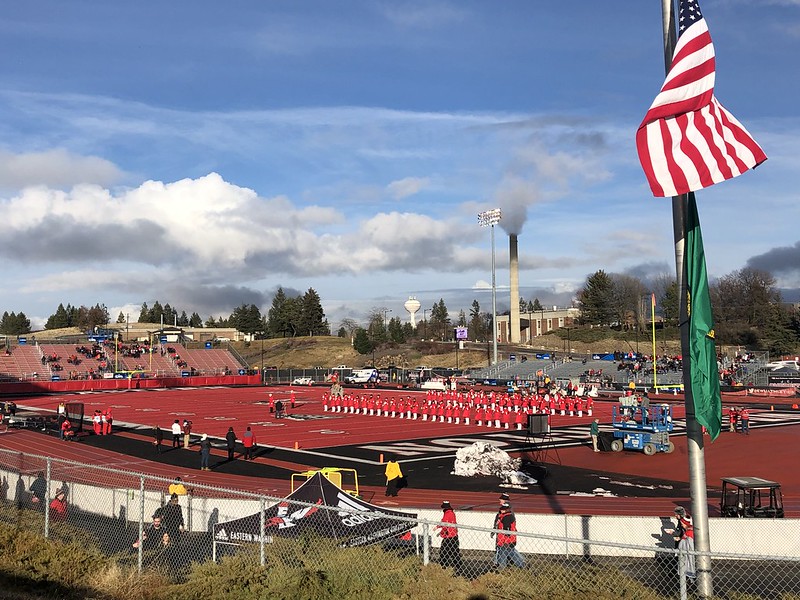 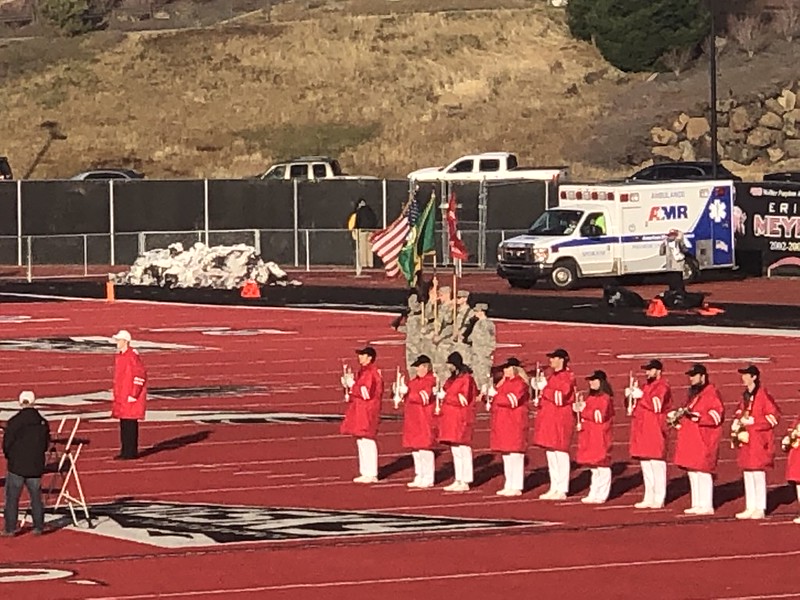 Our EWU ROTC Cannon Crew was also on hand to fire our historic pack howitzer after every home team touchdown. Unfortunately the Cannon Crew did not have much to do in the first half as EWU was down 14-3 and Nichols State was getting ready to kick a field goal as time was about to run out before halftime to go up 17-3.  Incredibly the kicked was blocked and ran back for an EWU touchdown causing our cannon crew to do a quick crew drill to fire the cannon after the extremely exciting, but unexpected touchdown. 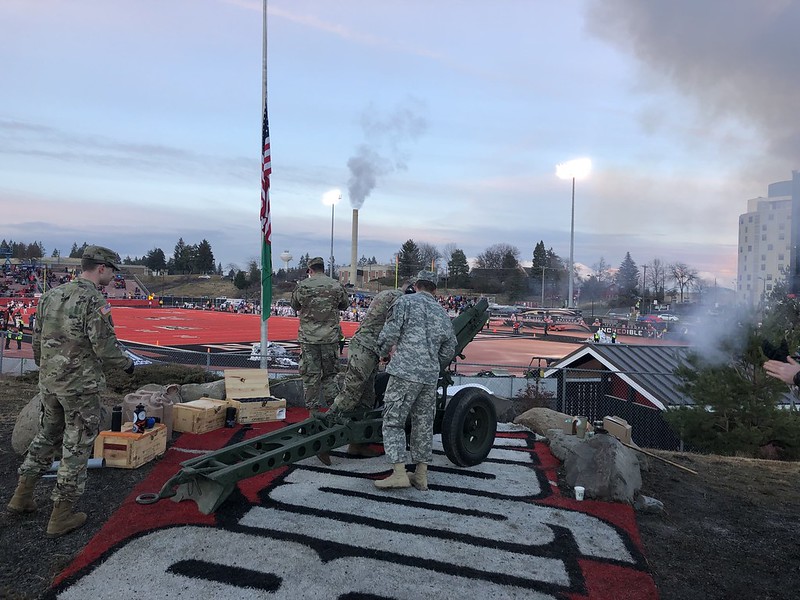 During the second half the sun lowered and with it the temperatures became even colder at Roos Field which is also known as “The Inferno” due to its signature red field.  Our EWU ROTC Cadets were ready to heat up the Inferno with some more Cannon Crew action. 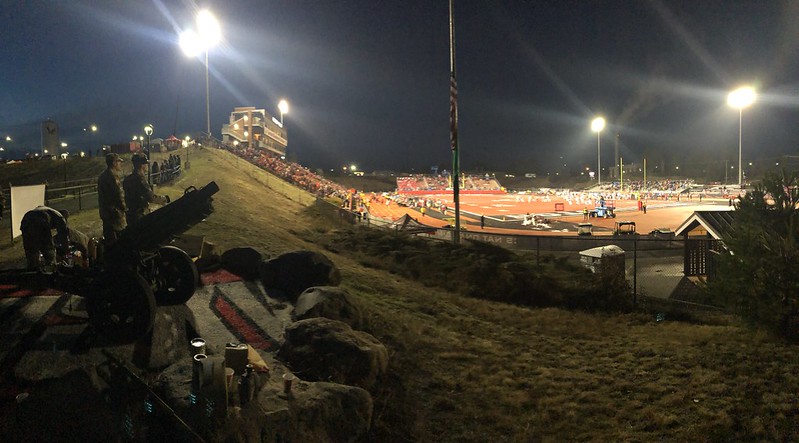 During the second half the colder it got, the hotter the EWU football team became as they want on a streak of 39 unanswered points keeping our Cadets very busy. 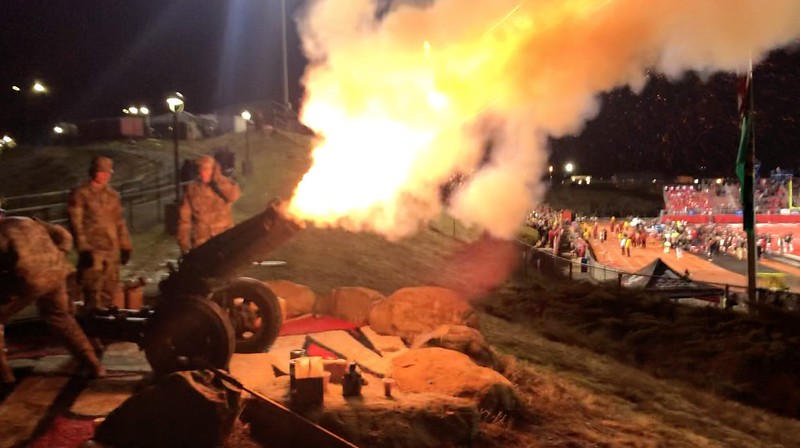 The Cannon Crew would continue to bring the heat to the home crowd at the Inferno by lighting up the sky and bringing our signature loud boom after each home team touchdown. 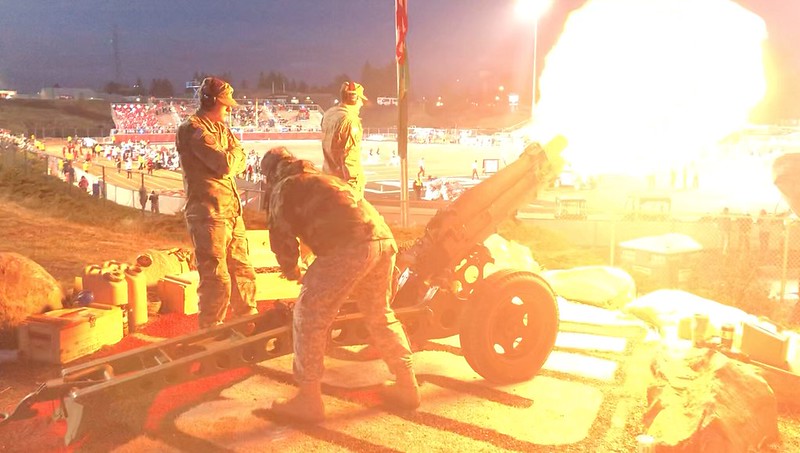 Congratulations to the EWU football team for its exciting 42-21 victory over Nicholls State.  Our EWU ROTC Cadets look forward to supporting the football team next weekend as it takes on University California-Davis at Roos Field in the third round of the FCS playoffs.  Let’s bring more heat to the Inferno next week.