You are here: Home / Archives for football

Color Guard and cannon crew report to Cadet Hall at 11:00 for practice and setup. 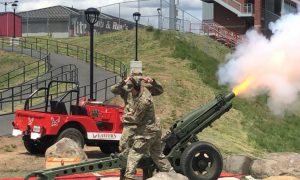 With the Eastern Washington University football team moving on to play in the FCS championship game, it is only fitting to show a historical photo this week of EWU football back in 1903.  Besides how well dressed everyone is, something I else I noticed was the people watching the game with horses and wagons.   I wonder if the people in the wagons were early tailgaters? 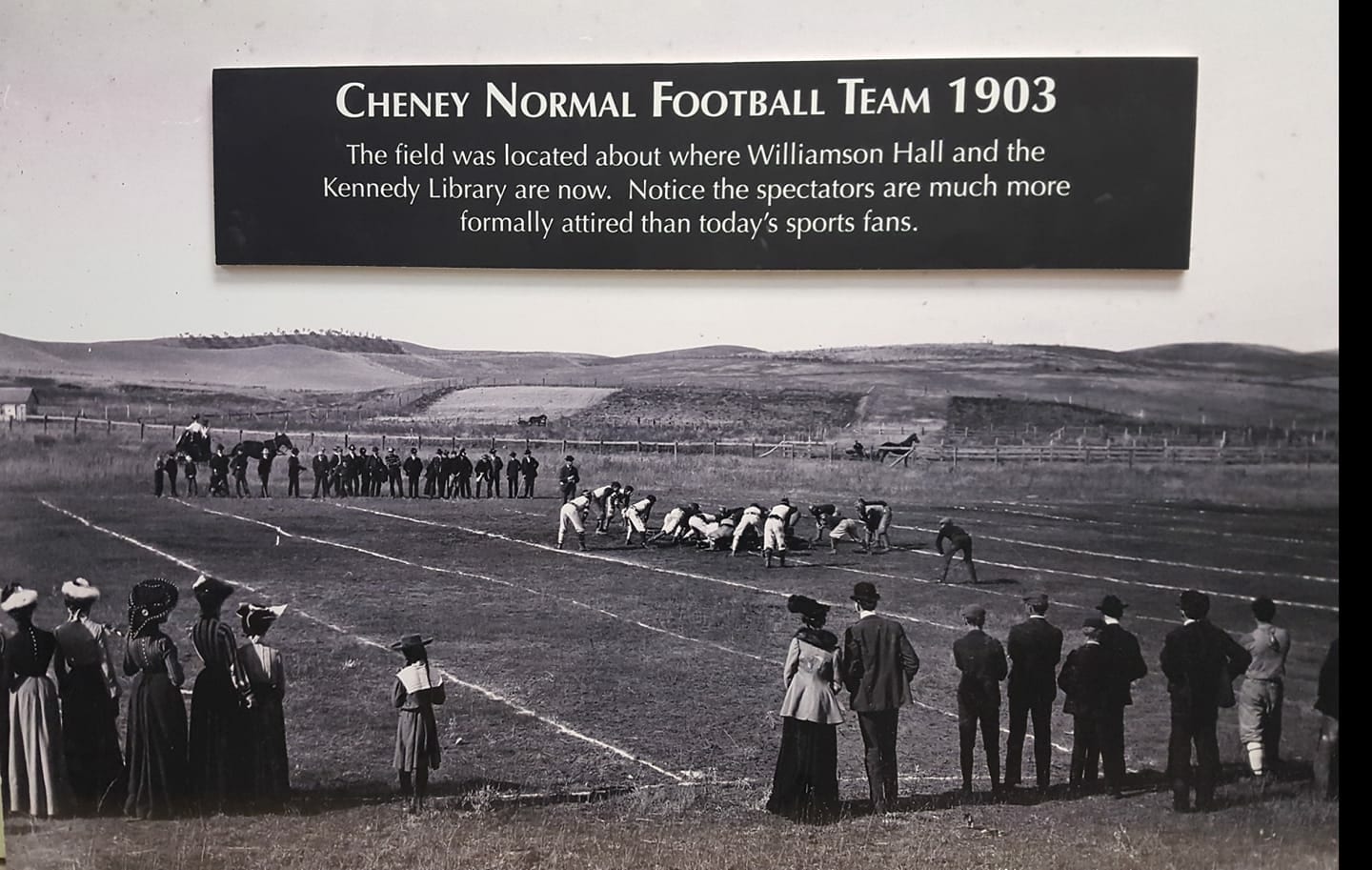 Back then the football team was called the Cheney Normal Football Team since the university was named the “State Normal School at Cheney”.  The below Google Maps image the gold rectangle shows approximately where the field would have been located at where the JFK Library and Williamson Hall are at.  The ROTC office would not have existed back then since the program was founded back in 1952. Thank you to Jerry Mellick and Jerry Jantz for sending the photo.