On September 24, 2020 the Eastern Washington University (EWU) Army Reserve Officer Training Corps (ROTC) program contracted 6 Cadets into the U.S. Army.  The Contracting Ceremony was held in front of the historic Showalter Hall on the EWU campus.  Showalter Hall is the oldest building on EWU’s campus that was built back in 1915 when EWU was a teacher’s college.  Due to the ongoing COVID-19 pandemic the Contracting Ceremony was attending by a small number of Cadets and family members and masks and social distancing requirements were followed.  Full video of the ceremony can be viewed below:

During the ceremony the 6 Cadets recited the Oath of Enlistment given to them by Lieutenant Colonel Jonathan Stafford, the Professor of Military Science for the EWU Army ROTC program.  The first Oath of Enlistment was developed during the Revolutionary War when the Continental Congress established different oaths for the enlisted men and officers of the Continental Army.  The first Oath of Enlistment under the Constitution was approved by an Act of Congress on 29 September 1789. It applied to all commissioned officers, non-commissioned officers, and enlisted Soldiers in the United States military.

Following the reciting of the Oath of Enlistment, the 6 Cadets were then given their right shoulder sleeve EWU Army ROTC patch. The patch was presented by Master Sergeant Michael Zehring who explained the importance of the right shoulder sleeve patch that recognizes combat service in the active U.S. Army. In the EWU ROTC program the right should sleeve patch recognizes these Cadets’ commitment to serve their country by contracting into EWU ROTC.

By contracting the Cadets can now activate scholarship benefits, receive a $420 a month monetary stipend, attend advanced training, internships, and other opportunities to help them towards their goal of becoming a U.S. Army officer after graduating from EWU.  Congratulations to all six of our newly contracted Cadets! 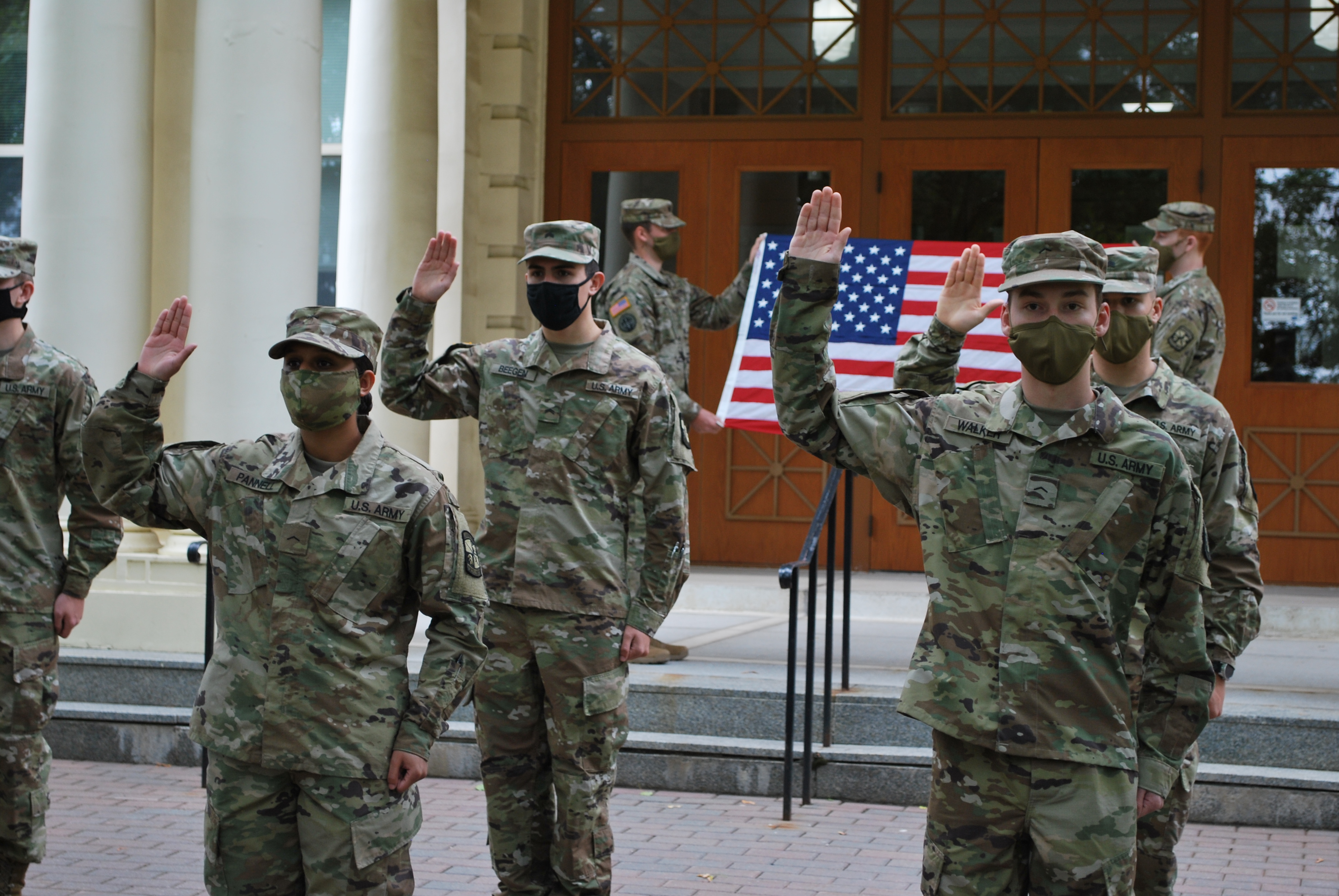 Note: More pictures from the ceremony can be viewed on our Flickr page. 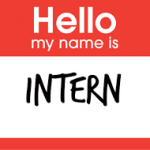 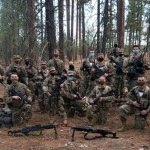 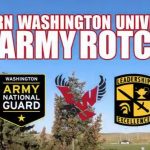