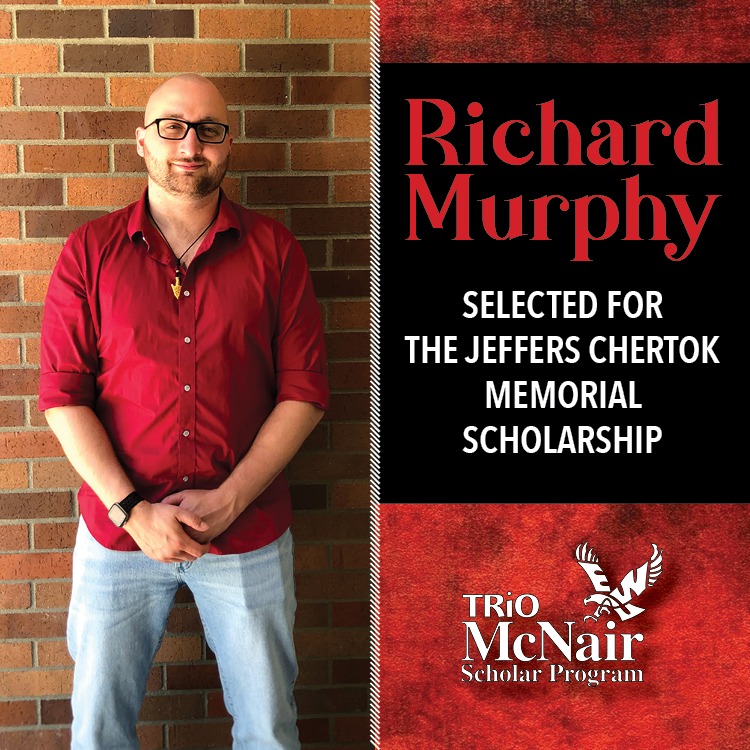 Congratulations to new EWU McNair Scholar Richard Murphy! Richard has been selected by the EWU College of Arts, Humanities, and Social Sciences to receive the Jeffers Chertok Memorial Scholarship.

The scholarship was created to honor the life of Professor Jeffers W. Chertok, PhD, who worked at EWU for more than 34 years. He was well known on campus for his scholarship, generosity and passion for Eastern. Dr. Chertok passed away in 2004, but his legacy towards EWU continues with this scholarship.

Richard is an undergraduate student with declared majors in Philosophy, Political Science, and International Affairs with an emphasis on Global Socio-Economic Development and a minor in Spanish. Richard serves as Vice President of both the Philosophy Club and the International Affairs Community at EWU, advocating for interdisciplinary approaches to our most sophisticated and pressing issues of the 21st Century. As a student ambassador with the People-to-People program, Richard experienced first-hand how traveling to other countries can diversify one’s exposure, and has translated that into his studies in International Affairs. Under the mentorship of Professor Tom Hawley, PhD, Richard plans to focus his 2022 McNair summer research project on the phenomena of societal internalization of Neoliberalism, and the consequences of establishing competitive markets in historically non-marketed realms of our lives.