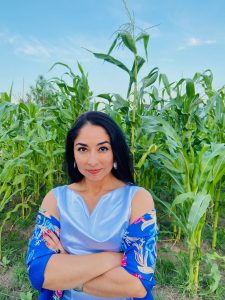 Dra. Torres García is the Principal Investigator and Director of the federally funding TRIO Ronald E. McNair Post-baccalaureate Achievement Program and has taught in the fields of Gender, Women's and Sexuality studies, Chicanx studies, Education, and Sociology, at Eastern Washington University. Her research interests and studies focus on historical, social, and political issues affecting Chicanas/Latinas in the Pacific Northwest. Her work uses Critical Race Theory  (CRT), Latinx Critical Theory (LatCrit), and Chicana feminist epistemology in education. As a proud daughter of Mexican immigrant parents from farm working backgrounds, Dra. Torres García's life dedication is to mentor all students in their academic trajectory, to raise critical consciousness by unveiling social inequalities, and empowering students to become agents of positive change as they engage in civic responsibilities.

In 2016-2017, Dra. Torres Garcia served as the President of the Washington State TRIO Association (WSTA), which is a catalyst in Washington State for progressive initiatives that promote educational equity, access, and opportunity for traditionally marginalized student populations. She assists first-generation, low-income students pursue their academic goals under all these capacities including her past six years as the WSTA Public Relations, and East Representative.

She has mentored several undergraduates and graduate students throughout their research journey. See the list below: 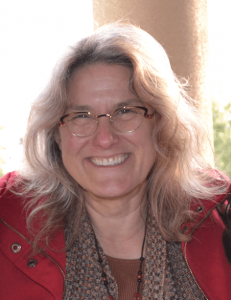 Cynthia Dukich is dedicated to living the positive change she hopes to see in the world, and seeks to use her experience to inspire and support others as they gain the vision and education needed to realize their dreams. By facilitating experiences for scholars that enhance academic growth, her goal is to create a rigorous, but supportive and welcoming community of scholars. She is dedicated to the TRIO McNair mission of providing opportunities that prepare McNair participants for success at the doctoral level, and has worked full-time for Eastern's McNair Program since 2004.

She holds a Bachelor of Arts degree from Dartmouth College in Asian Studies: Chinese Language and Culture and a Master of Fine Arts degree from Eastern Washington University in creative writing with a secondary emphasis in literary editing. A former California State Park docent, Cynthia has also worked as a proofreader, a freelance editor, a ski instructor and art teacher.  Ever exploring her relationship to people, places and cultures, she has travelled to China, Egypt, Southeast Asia, Europe, and most of the National Parks of the western U.S.  She lives in Cheney, Washington with her husband, son, ill-mannered Quaker parrot named Dudley Do-Right, and a little green lovebird named Puff. 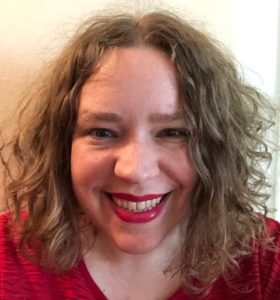 Cori Jaeger is pursuing her Master of Fine Arts in Fiction at Eastern and thrilled to be a McNair GSA. She has followed a meandering path to get here - from managing a children’s toy store, to an M. Ed in Elementary Education, to running a summer camp for LGBTQ youth and youth of LGBTQ families, to wholesaling scarves to boutiques, and then back to teaching. She also has been community organizing for racial justice for the last 6 years in Seattle and hopes to continue in Spokane. She is excited to support McNair students however possible and is always down to talk about great TV, teaching/facilitating, young adult novels, summer camp and youth work, sci-fi/fantasy, or just how you are doing. 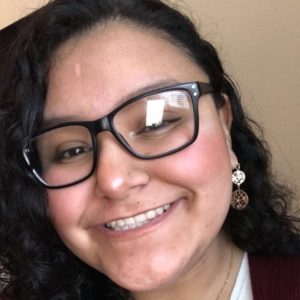 Guadalupe Alvarado (Lupe) was born and raised for about 8 years in Salinas, California but later moved to Tri-Cities, Washington, and has lived there for 13 years. She received her Associate of Arts degree from Columbia Basin College in Pasco, Washington. During her first year at CBC, she was able to apply for the College Assistance Migrant Program. For her second year, she applied to the TRiO/SSS Program, and at the same time, she volunteered as a Peer Mentor for the CAMP Program. While attending community college she volunteered as an Assistant Teacher for the Saint Joseph’s Catholic Church in Kennewick for two years.

She is currently a senior at Eastern Washington University and is pursuing a bachelor’s degree in social work. She is passionate about helping others, especially first-generation or low-income students. Once she finishes school with her BASW,  she wants to find a position as a school social worker in Tri-Cities. Later on, she plans to go for her MSW to become a school social worker. 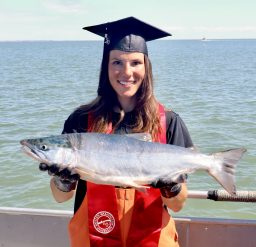 Bryn Tennyson was born and raised in a rural town in Southwest Alaska. She now spends her winters attending school in Washington and returns home each summer to commercial fish with her family. Bryn received her AA from Clark College while playing basketball for the penguins. Afterwards, she transferred to Fort Lewis College where she did a semester abroad in Germany. She then transferred to Eastern Washington University where she completed her BS in biology pre-med. Bryn is now a first year graduate student working under her mentor, Dr. Andrea Castillo. Her research is focused on the antimicrobial properties of manuka honey and the ability of pathogenic bacterial species to persist when exposed.

As a McNair STEM GSA, her focus will be recruiting new McNair Scholars and to help guide them throughout their journey of academic success. She encourages students like herself to reach out, ask questions and to always follow their curiosity. We are all adapting to this new world together, and if you need advice, her inbox is always open.