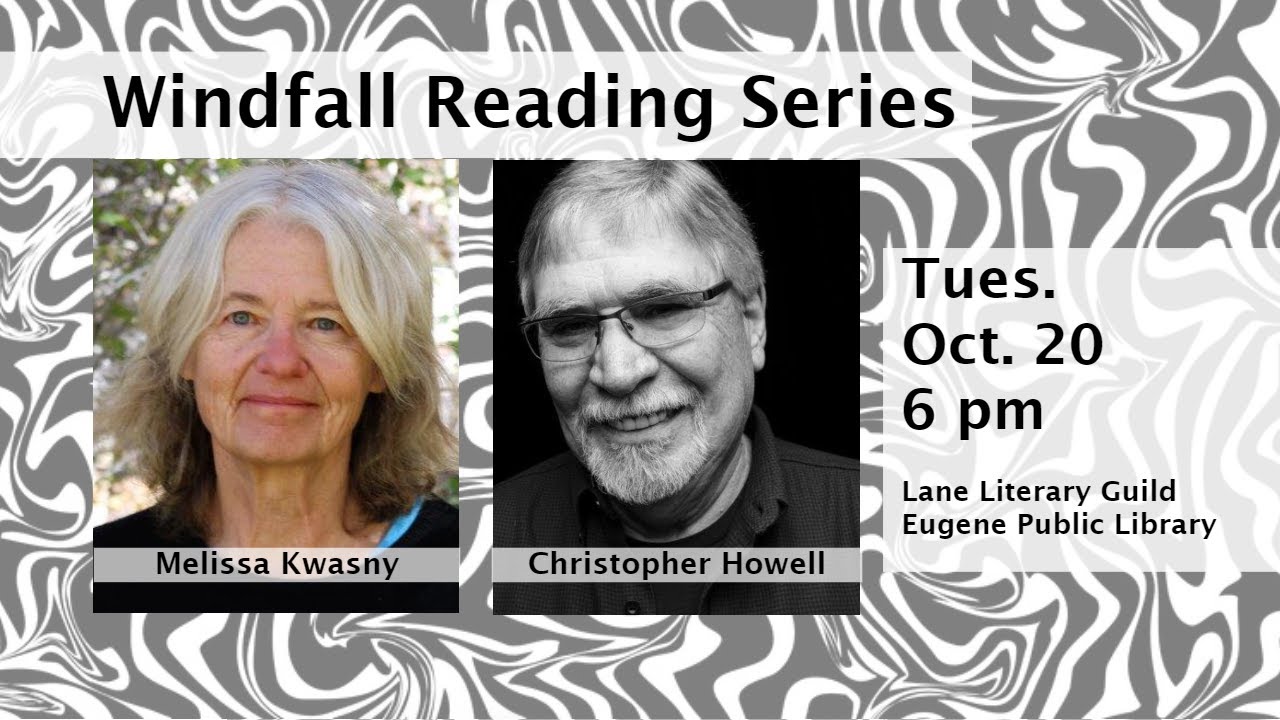 On next Tuesday, October 20th, multiple-time Willow Springs Magazine contributor and Montana Poet Laureate Melissa Kwasny will be giving a live reading online with previous Willow Springs Magazine Editor-in-Chief Christopher Howell. The reading will begin at 6pm PDT, and can be accessed live via YouTube through the link here. Both authors will be reading from their extensive poetry collections.

As written on the Lane Writers Network website: Melissa Kwasny has been named Montana Poet Laureate for 2019-2020, a position she is sharing with M.L. Smoker. Her most recent poetry collection is “Where Outside the Body is the Soul Today.” She says, “Most of my poems address in some way our human relationship to the nonhuman world and my own attempt to forge a communication and conversation with it ….Recently I read that one translation of the Chinese character for poetry might be ‘words laid upon the earth altar.’ I like to think of my work like that.”

Also according to their website: Christopher Howell is author of twelve collections of poems, including the recent “The Grief of a Happy Life.”  Describing it, Yusef Komunyakaa said the book “feels and reads like a gift. Each healing song takes lyrical twists and turns and arrives at an abiding truth — a blessed ransom paid to soil and sky, body and soul, to the Earth….Every vowel is weighed, every leap earned, and the sway of hope drives the natural music of a worthwhile journey.”

Melissa Kwasny has been published in several issues of Willow Springs Magazine, including Issue 74 with her poem “Texture of the Soul” and in Issue 65 with three poems, two of which can be read here on our website. Her work also appears in Issue 62, Issue 59, and Issue 54.

Christopher Howell was the previous Editor-in-Chief of Willow Springs Magazine, and remains a beloved professor of poetry in the MFA program at Eastern Washington University, out of which Willow Springs is run.