Laura Read has published poems in a variety of journals, most recently in Rattle, the Cincinnati readReview, and the Bellingham Review. Her chapbook, The Chewbacca on Hollywood Boulevard Reminds Me of You, was the 2010 winner of the Floating Bridge Chapbook Award, and her collection, Instructions for My Mother’s Funeral, was the 2011 winner of the AWP Donald Hall Prize for Poetry and will be published this fall by the University of Pittsburgh Press. She lives in Spokane, WA with her husband Brad and their two sons, Benjamin and Matthew.

I wrote “When You Have Lived a Long Time in One Place” last summer when I was beginning to think of an idea for a second manuscript. I had written a poem entitled “The Northwest Room” about a room in the Spokane Public Library which contains a collection of local history, and I thought maybe I wanted to write a collection of poems about Spokane called The Northwest Room. I love having a project like this because it gives me ideas for more poems, and that’s where this poem came from. I started thinking about all the memories I have associated with places, like Lincoln Park where this poem is set, that might look innocent of memory and history (or at least of my memory) to someone else. “People Don’t Die of It Anymore” is another Spokane poem, but this idea came from a car ride home from the farms at Greenbluff with my husband, sons, and father. I remember my dad pointing out an old building and saying that it used to be a sanitarium, and I thought how close we were to where Spokane serial killer Robert Yates had hidden the bodies of his victims. These two pieces of history seemed so jarring to me in juxtaposition with the farms we had just visited and the late afternoon autumn sun, and I could feel the poem beginning.

“Bureau” has a very different origin. Last summer, I went to the Port Townsend Writers’ Conference and had the opportunity to work with Dorianne Laux, one of my favorite poets. Every day in our workshop, she gave us a different prompt, usually inspired by a poem. One day she read us Suzanne Cleary’s poem “Anyways,” which is about how the speaker’s family says that word with an “s” on the end and how the speaker’s husband does not. It’s a funny and a serious poem, and I loved it. Dorianne asked us to think of something our families say or do differently than other families and to write about it. I immediately thought of the word “bureau” because I’ve always been mocked for calling my dresser that, as if I am being extremely proper, when in fact that is just what my family calls it. I had fun writing the poem because I liked how the bureau literally travelled, and I liked how it became about my mother and my grandmother, the way Cleary’s poem is about “anyways” and also about where you come from. Even though it’s not specifically about Spokane, “Bureau” is about place and identity, so I think it fits with the other two poems in Willow Springs and with the poems in the collection. Or at least I hope so!

I have always been a big reader. I used to read even while I was walking to and from school, and according to my brother Tom, he saved my life once by pulling me out of the way of a cement mixer, which I hadn’t noticed because I was reading. The books that I’ve read and loved recently include The Particular Sadness of Lemon Cake by Aimee Bender, Olive Kitteridge by Elizabeth Strout, Room by Emma Donoghue, A Visit from the Goon Squad by Jennifer Egan, and Where the God of Love Hangs Outby Amy Bloom. I really loved the Amy Bloom collection of stories, as I love all of hers, like Come to Meand A Blind Man Can See How Much I Love You. And I always like Alice Munro’s stories as well—I return to her again and again, and to Lorrie Moore. I tend to like fiction by women, as you can tell! And I really admire short stories. I like the compression, the small and important gestures of character, probably the same reason I like poetry. For poetry, I often reread Dorianne Laux, and I liked her most recent book, The Book of Men. And I love and admire What the Living Do by Marie Howe—I like the individual poems and how they collect to tell a story, a coming-of-age story and a story about grief. I’m interested in the ways collections “collect,” and this one works so well as a long poem. In terms of shaping me as a writer, I think Hoagland has played a role, even though he’s much funnier than I am! I like how his poems twist and turn. Dorianne Laux does this too and really focuses on describing a moment and letting it reveal what it will. And Sharon Olds has been an influence. I like her form—I like to write in one long stanza and let the momentum carry me along. Sometimes if I break into stanzas too soon, I start controlling the poem too much. Also, Olds often tells brief stories, and her similes and metaphors are so memorable. I feel carried along by her voice, her images, her rhythms, and these qualities are all important to me in own work. 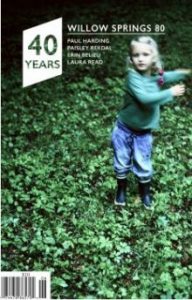 Found in Willow Springs 80 Back to Author Profile THE SPELL WE CAST   She wore white flats and her feet always looked cold. I invited her to my house and […] 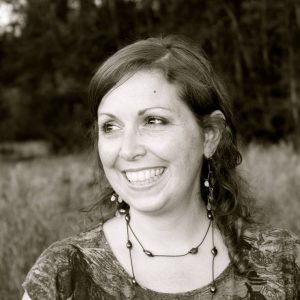 About Laura Read Laura Read’s chapbook, The Chewbacca on Hollywood Boulevard Reminds Me of You, was the 2010 winner of the Floating Bridge Chapbook Award, and her collection, Instructions for […]