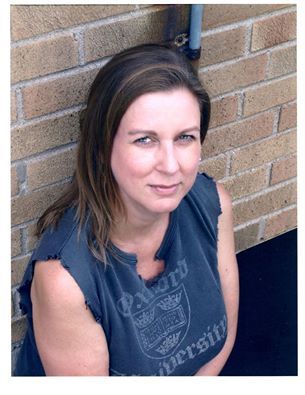 About A. D. Nauman

A.D. Nauman has published short fiction in TriQuarterly, Necessary Fiction, The Literary Review, Roanoke Review, The Chicago Reader, Other Voices, and many other journals. Her dystopian novel, Scorch, was published in 2001 by Soft Skull/Counterpoint. Nauman is the recipient of an Illinois Arts Council Literary Award, and her work has been produced by Stories on Stage, broadcast on NPR, and nominated for a Pushcart prize. She recently finished a novel set in Tidewater, Virginia, during the Civil Rights era (and is seeking an agent). Nauman teaches literacy education courses at Northeastern Illinois University in Chicago. She lives in a hundred-year-old house with her partner, Dion, and a very pampered tuxedo cat.

In the late 1970s, when I was a kid in Newport News, Virginia, there was indeed an AM radio station that launched a “Good Lookers” campaign. Pretty young women drove up and down the peninsula (so phallic) to give away money. There was, in fact, a DJ like “Big D,” whose persona was based on sexual harassment. The demeaning way he spoke about women on the radio was amusing to other men; women were expected to be “good sports” about it. This memory has stayed with me, the dynamics of it echoing throughout my life.

I thought the late 1970s was an important era to write about now: at that time, the country seemed to be just getting tired of the women’s movement. “Enough, already,” was the attitude. The Reagan era was imminent, bringing with it a backlash against feminism. The word “Femi-Nazi” was coined, and we entered a decades-long period of denial that sexism was still raging in our culture. It took the “Me Too” movement to bring that denialism to an end. That said, new ways to undermine equality for women undoubtedly lie ahead.

One hallmark of sexism is the rejection of a woman’s viewpoint—a refuting of the reality of her experience. In “Lookers,” Jenna’s anger and feelings of mental instability result from long-term sexual abuse, yet it’s easier for others to view her as just “crazy.” Along with sexism, I wanted to explore the intersectionality of gender and class, particularly how male behaviors that threaten low-income women can appear to uplift wealthy women. Affluent Luanne feels herself buffered against a demeaning predator like Big D, carrying a privileged sense of protection unavailable to Jenna. So where there could have been an alliance—a sisterhood—there is distrust and a lack of understanding that keep them divided.

Food: anything with cheese; booze: a lot; tattoos: none; kittens: my 14-year-old cat, a kitten at heart; music: Hamilton.

Hamilton. Hamilton Hamilton and more Hamilton. Hamilton. Also, Hamilton. I think we should replace the picture of Alexander Hamilton on the ten-dollar bill with Lin-Manuel Miranda. I mean, I truly think this. I’ve never seen the theater production, but when the movie version was released last year, my daughter, who has been singing the entire soundtrack verbatim for the past 5 years, suggested we watch it. I know this sounds corny, but Hamilton has flooded me with a renewed faith in American democracy. Hearing the founding fathers’ words in the voices of people of color was a profound experience. I listened to the soundtrack obsessively every day for weeks after seeing the movie. Then I saw the movie again. To me Hamilton underscores in bold marker the promise of this country: everyone is equal; everyone has a right to dignity and a meaningful life. We are so far from that ideal, but Hamilton provided me with a vivid reminder of this essential aspiration. In a democracy, everyone is worthy—not just white men, not just rich people, not just the well-connected or celebrities or their offspring. People do not have to be arranged into hierarchies. Even though we’re different, with varying talents and abilities, our presence on this earth is of equal value. Hamilton’s popularity has restored my hope that Americans may soon realize this. This is why I love Hamilton. 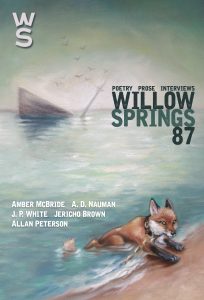 Found in Willow Springs 87 Back to Author Profile JENNA SAT IN THE BACK ROW like she used to in high school and eyeballed her: Luanne, the original WRNL Good Looker, […]