On March 21, 2019 a team from the United States Army Combat Studies Institute conducted a staff ride with Cadets from the Eastern Washington University (EWU) Reserve Officer Training Corps (ROTC) program.  A staff ride is an in-depth study of a historical campaign or battle.  The intent of the staff ride is to educate participants on lessons learned from the battle.  Typically a staff ride is conducted on the actual terrain of the battle.  However, for a battle in a location such as Afghanistan, the US Army Combat Studies Institute conducts what are called Virtual Staff Rides. 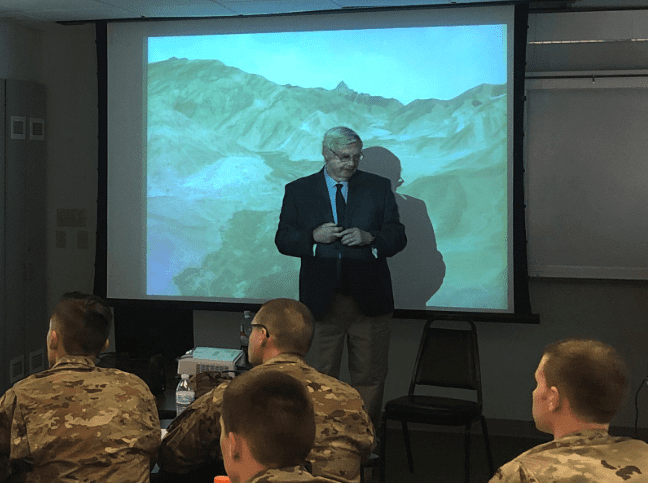 Dr. Dan Jordan from the US Army Combat Studies Institute conducts a Virtual Staff Ride of the Battle of Wanat.

For a Virtual Staff Ride an Army historian using digital mapping technology is able to replicate the terrain from the battle without participants having to actually visit it.  Conducting a staff ride is a commissioning requirement for all ROTC Cadets.  For the Virtual Staff Ride, 19 MS-IV Cadets from the EWU ROTC program nearing commissioning attended the event. 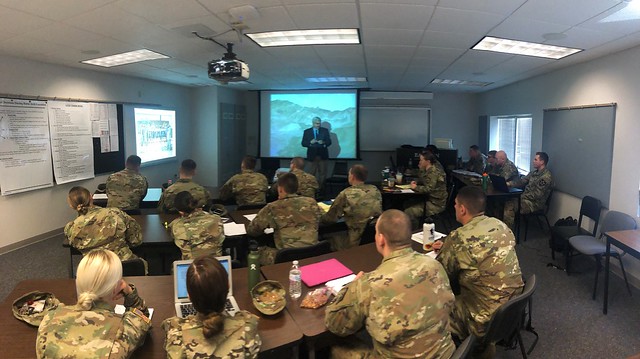 MS-IV Cadets from the EWU ROTC program participate in a Virtual Staff Ride.

The Virtual Staff Ride featured one of the deadliest days for the US Army in Afghanistan, the Battle of Wanat.  The battle occurred on July 13, 2008 and featured an insurgent attack on US troops from the 173rd Airborne Brigade.  After the battle 9 US paratroopers were dead and 27 more wounded.  The battle featured many good small unit leadership lessons that the future US Army lieutenants in attendance were able to learn from.