You are here: Home / Archives for EWU football

Cadets from the Eastern Washington University (EWU) Reserve Officer Training Corps (ROTC) program supported the home opening EWU football game today at Roos Field.  The Eastern football team was hosting the Lindenwood University Lions from St. Louis.  Before the game, Cadets that compose the Color Guard unit presented the national, state, and university colors in front of a packed Roos Field crowd.  The national anthem was a little bit extra special this game as it was sung in the Salish language by a local Native-American tribe member. 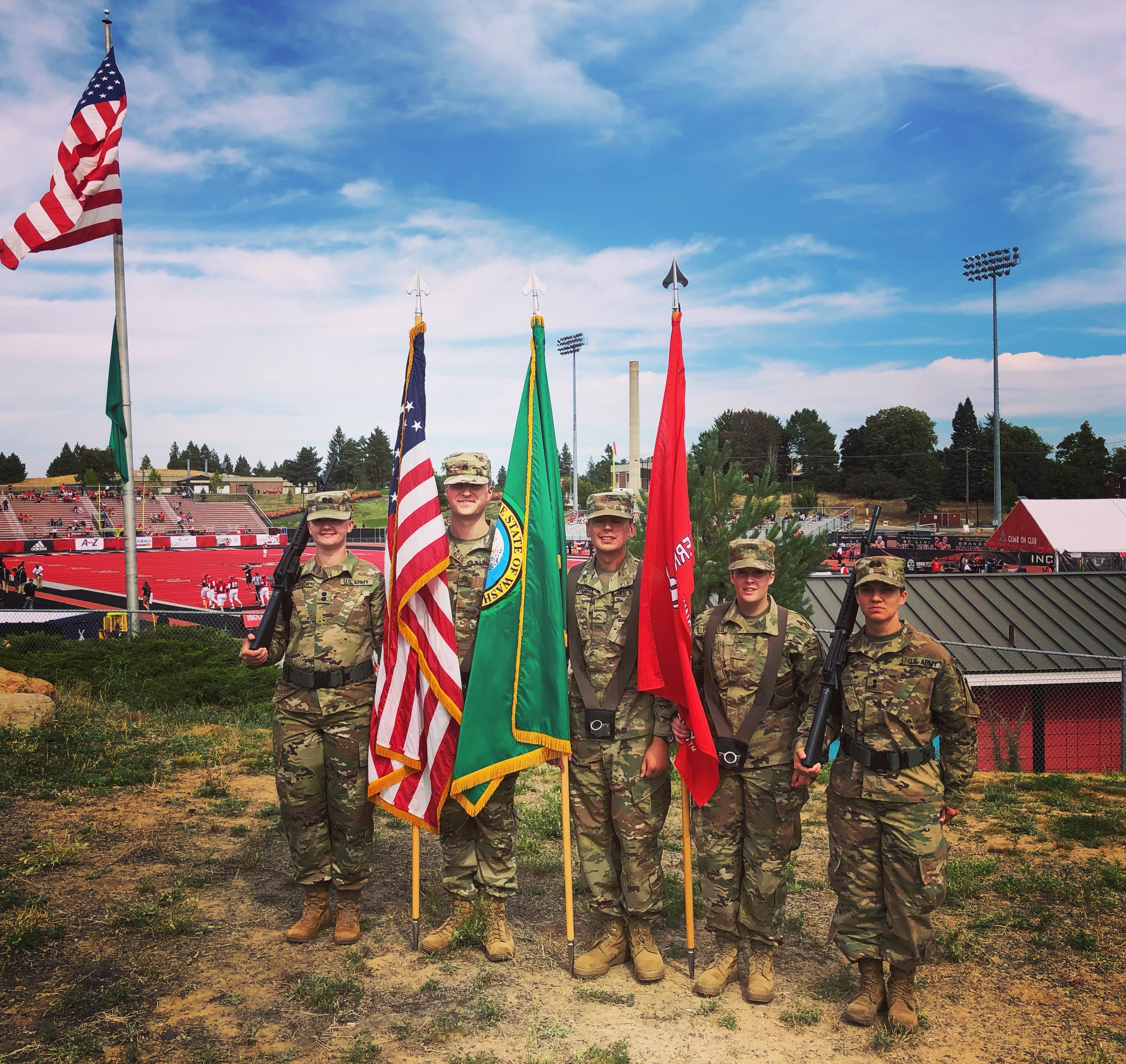 During the game the EWU Army ROTC Cannon Crew had an extremely busy first half firing our iconic pack howitzer after every Eastern touchdown.  Our historic pack howitzer first entered service during World War II with the 10th Mountain Division where it saw action against enemy forces during division operations in Italy. 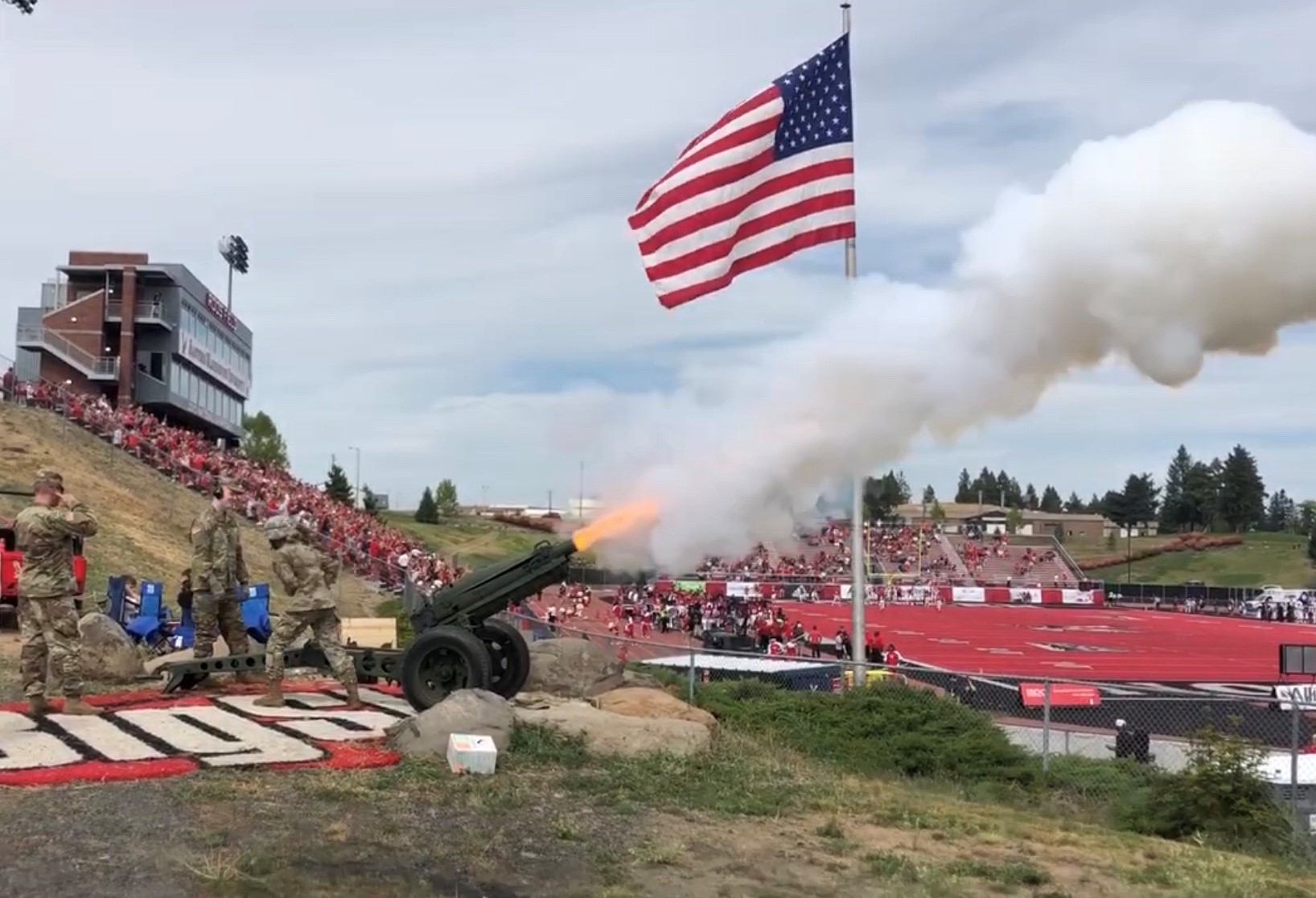 By the beginning of the second quarter Eastern jumped out to a 31-0 lead over Lindenwood. The Lions would battle back to narrow the lead to 34-17 at halftime, but the Eagles would hold on in the second half to win by a score of 59-31.  The 8 touchdowns scored by Eastern gave our Canon Crew plenty of practice in preparation for upcoming football games. 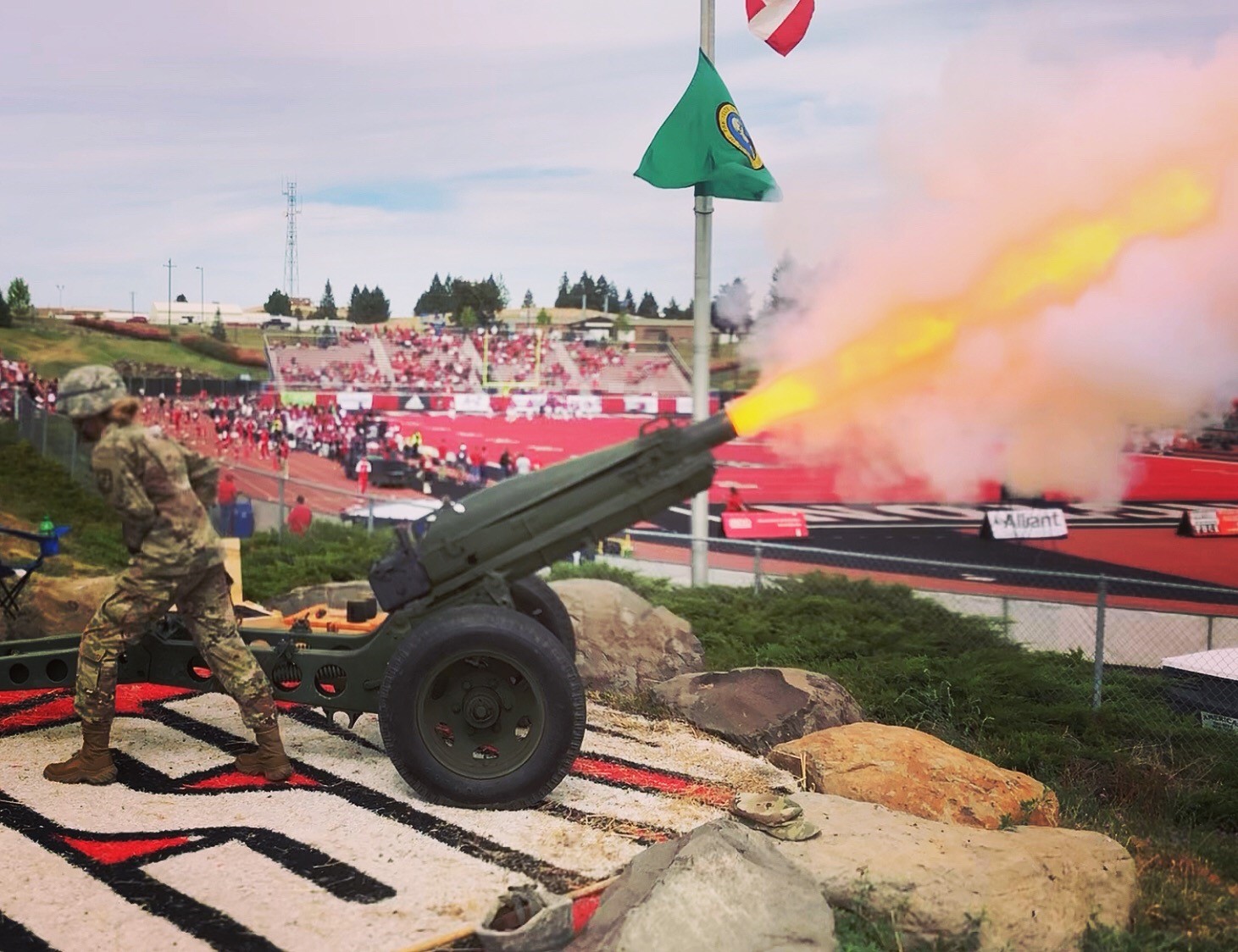 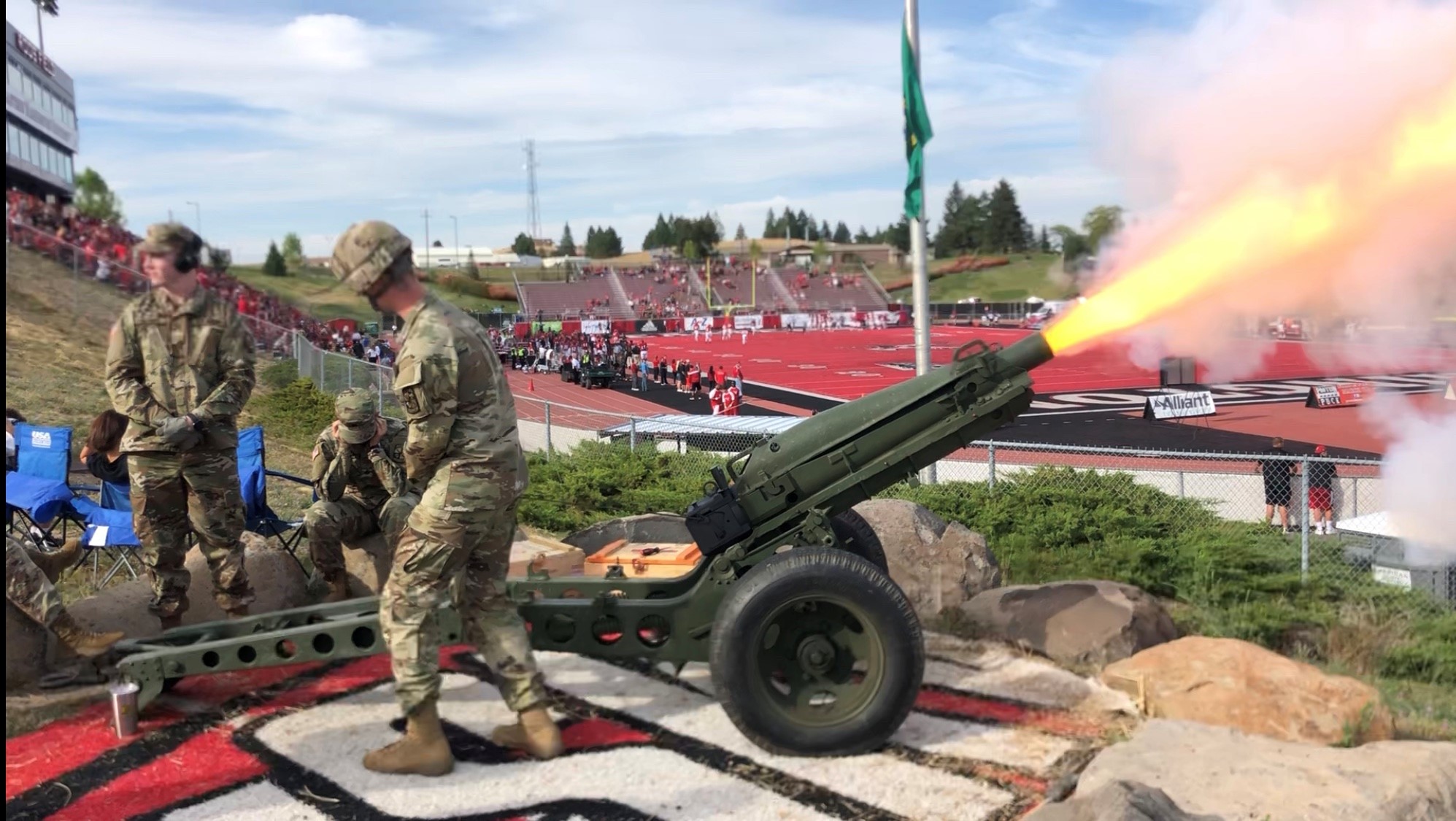 The Color Guard and Cannon Crew teams will next be in action in support of the football team on September 28th when Eastern will be home against North Dakota.  We look forward to seeing more of our fans and alumni at the next home game.