You are here: Home / Archives for CST

The Commanding General of the United States Army Cadet Command (USACC) has provided an update on the way ahead for Cadet Summer Training (CST) this year in response to the current COVID-19 pandemic.  Most notably Cadet Troop Leader Training (CTLT), the Nurse Summer Training Program (NSTP) and summer internships for all Cadets will not be conducted this year. Cadet attendance at advanced military training schools such as Airborne and Air Assault, is still being reviewed.  Likewise no decision on the way ahead for Advanced and Basic Camp have been made either.  Click the image below to watch the video of MG Evans giving his CST update: 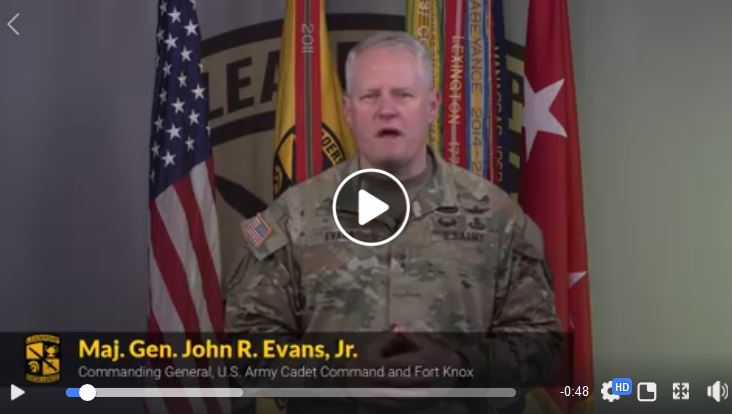 MG Evans’s full letter to all ROTC Cadets and cadre can be read below as well:

Dear Future Army Leaders,
We are facing extraordinary times in our country and I know you have questions about how the COVID-19 outbreak will impact your future with ROTC and our Army. I want to reach out to you, directly, to give you an update on what we know right now.
First, to our MSIVs, we will endeavor to find a way to commission you on time and do everything within guidance to get you to your Basic Officer Leadership Course at the earliest opportunity. In conjunction with the Secretary of the Army, I will do what I can to waive any ROTC requirements that you are unable to finish prior to commissioning. Until we know exactly what that will look like, I encourage you to continue your studies in pursuit of graduation, stay fit, and stay engaged with content at your level that you can control with regard to ROTC.
Second, to our MSIIIs who are anticipating attendance at Advanced Camp this summer; we are looking at how to execute camp requirements. We do know that with the current restrictions, Advanced Camp will not be executed on the original schedule, but we are exploring options for the way forward. It is important that you know that I promise no Cadet will be disadvantaged based on their ability to attend or not attend Advanced Camp. Cadet Advanced Individual Training may be altered or cancelled depending on the evolving situation.
Third, for our lateral entry Cadets; we are looking at different options to conduct Basic Camp. Stay tied-in with your cadre for updates as they are available.
These are unprecedented times for all Americans. Your health and safety are utmost in the minds of all Senior Army Leaders, and are driving decisions as we make these adjustments. My advice to all of you is to stay patient, maintain your studies and sustain your physical fitness regimen. Most importantly, follow the guidance of local, state and federal health officials in order to maintain not only your health but that of your community members.
Together we will all come through this if we all do our part.
Leadership Excellence!
Sincerely,
John R. Evans, Jr.
Major General, U. S. Army Cadet Command

On the Army.mil website there is an article posted about the end of the 2018 Cadet Summer Training (CST) cycle at Ft. Knox, Kentucky.  In the article there is some great advice from our very own 8th ROTC Brigade Command Sergeant Major Mark Cashman who served as this year’s CST Senior Enlisted Advisor: 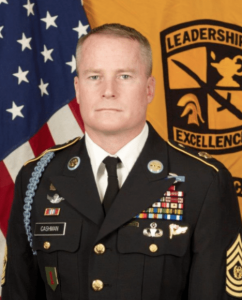 “We’ve got all kinds of weather out here,” said Command Sgt. Maj. Mark Cashman, the Senior Enlisted Advisor for Cadet Summer Training. “We want to make sure Cadets are protected from lightning, that we’re modifying training based on the heat and humidity and that the must-pass events aren’t started in the heat of the day.”

In addition to safety, Cashman also considered his own Basic Training experience to ensure Cadets get the most out of their 31 days at Fort Knox.

“In basic training, you’re given two weeks to work on marksmanship,” explained Cashman. This year, Cadets only had two days to participate in marksmanship. “Next year we’re going to give them four days instead.”

When asked about what Cadets should work on most before arriving for at CST, Cashman stressed the importance of preparing yourself physically.

“The more physically fit you are, the more mentally tough you’re going to be,” concluded Cashman. “If you know you can do something, mentally, you’re there.”

In running a program that graduates nearly 8,000 Cadets in under 90 days, Cashman is reminded of the true purpose of CST.

“It prepares Cadets to become a second lieutenant and life beyond that,” said Cashman. “It teaches them the things you need to know, like fitness, leadership characteristics and attributes, the Army values and what it’s like bringing together a team made up of people from all different backgrounds.”

“Bringing that team together to complete a mission, I believe, is the key to what we’re doing here.”  [Army.mil]