The below video is a time lapse of the American flag that flew over Cadet Hall on the Eastern Washington University (EWU) campus on September 11, 2020. In 2019 this American flag along with an EWU flag were flown over Kabul, Afghanistan.  On this 19th anniversary of the 9-11 terrorist attacks, EWU Army ROTC gives a big thank you to all our first responders that are keeping our communities safe.  Together we are all Eagle Strong!

Today the Eastern Washington University community commemorated the 18th anniversary of the September 11th terrorist attacks on New York City and the Pentagon by hosting a 9/11 Memorial Stair Climb. First responders that day had to run up the stairwells in the World Trade Center buildings to rescue people before the buildings collapsed.

To replicate the 104 floors of the World Trade Center, participants did 10 laps up and down the 11 floors of Dressler Hall.  Running up the stairwell at Dressler Hall gave all the run participants a small taste of what the first responders experienced that day. 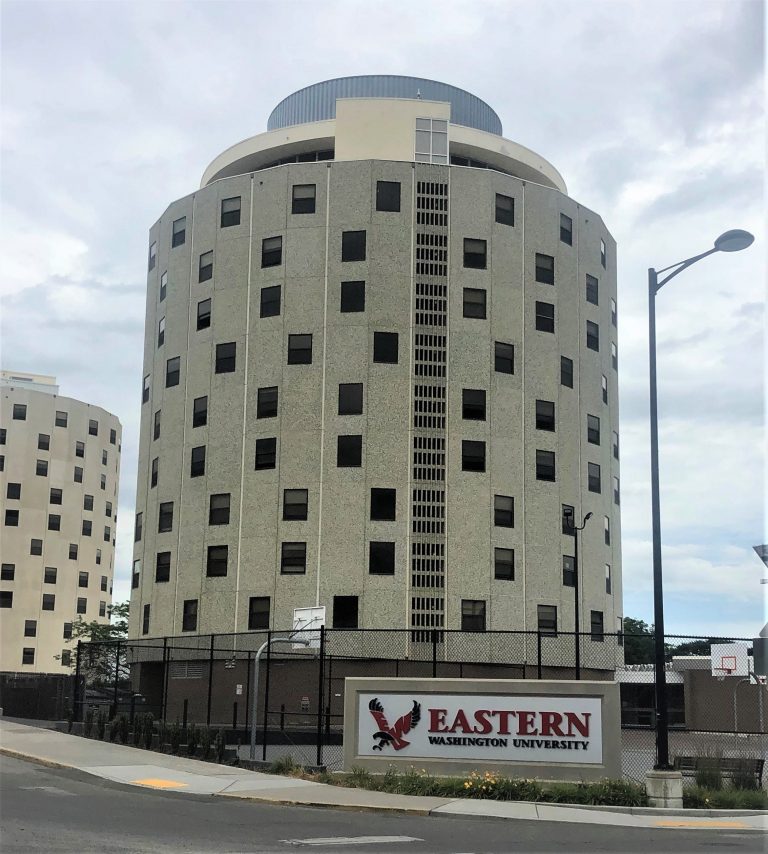 Participants for today’s run included university students, local police officers, firemen, ROTC Cadets and Cadre, and National Guard personnel.  The local firemen that participated in the stair climb did it wearing approximately 75 pounds of gear while the policemen wore their body armor.  Below are pictures from the event. 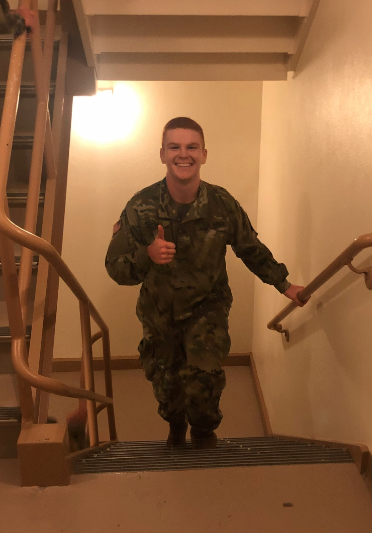 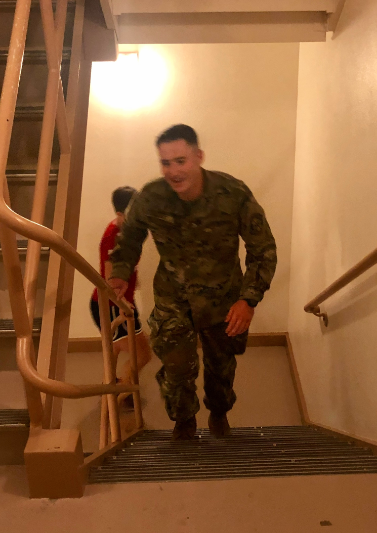 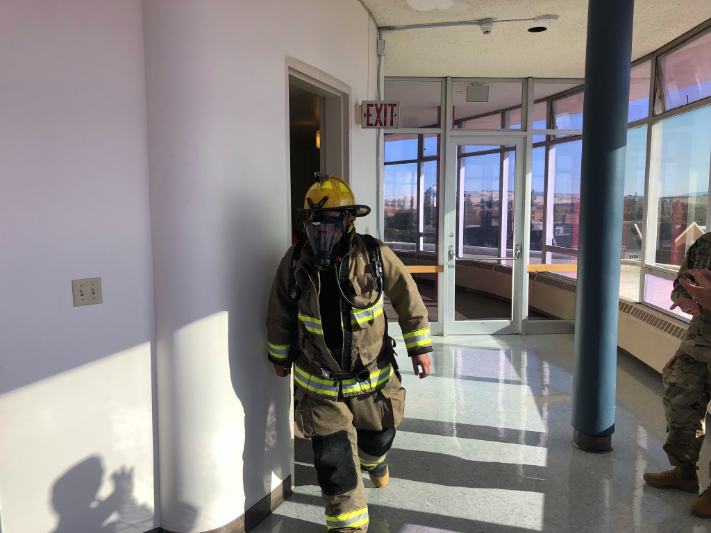 Local firefighters receive a hand from other participants as they complete their last lap wearing full gear. 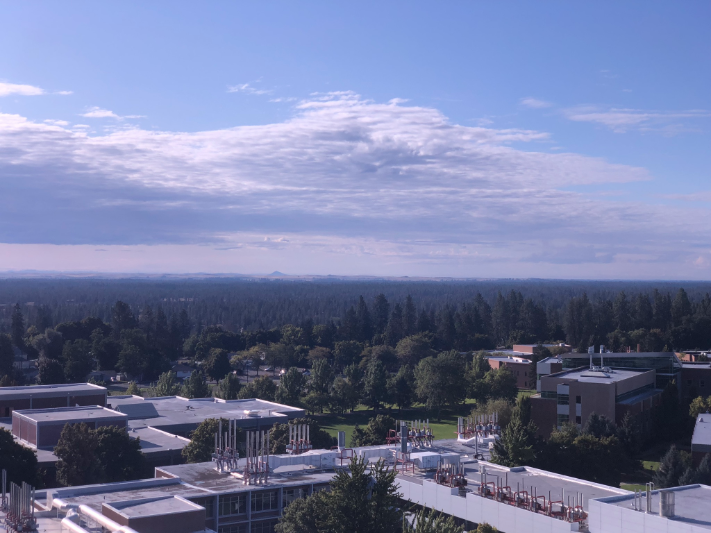 An absolutely beautiful morning could be seen over the Eastern Washington University campus from the top of Dressler Hall. 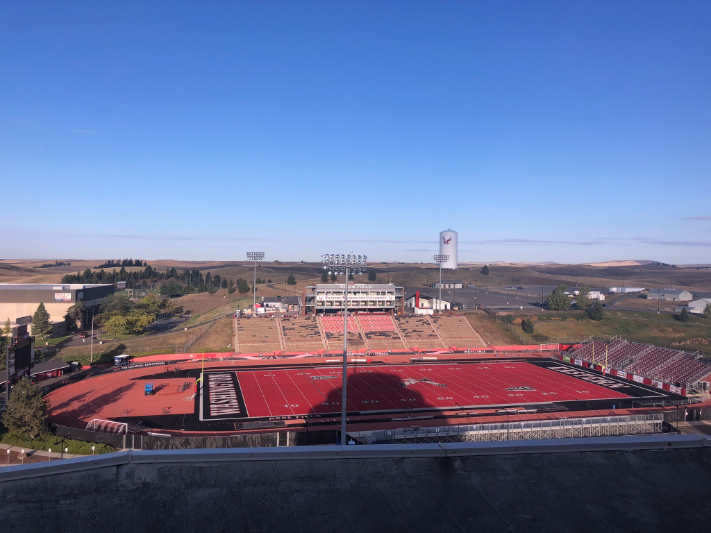 Dressler Hall casts an early morning shadow over the “Inferno” at Roos Field.

Big thank you to EWU Police Department and Officer Greg Karlis for organizing such a great event for the campus and the surrounding community to remember the fallen first responders from 9/11.  It is planned for the Stair Climb to become an annual commemoration event on campus and hopefully next year the participation will grow even further in size.  Finally thank you to all our first responders on campus and in the surrounding community.  The bravery, competence, and professionalism shown every day by our first responders is what ensures that our community remains such a safe place to live in.

During the September 11, 2001 terrorist attack on New York City, first responders had to run up the stairwells in the World Trade Center buildings to rescue people before the building collapsed.  In honor of the first responders that lost their lives that day, a 9-11 Memorial Stair Climb has been organized on the Eastern Washington University by the campus police department. 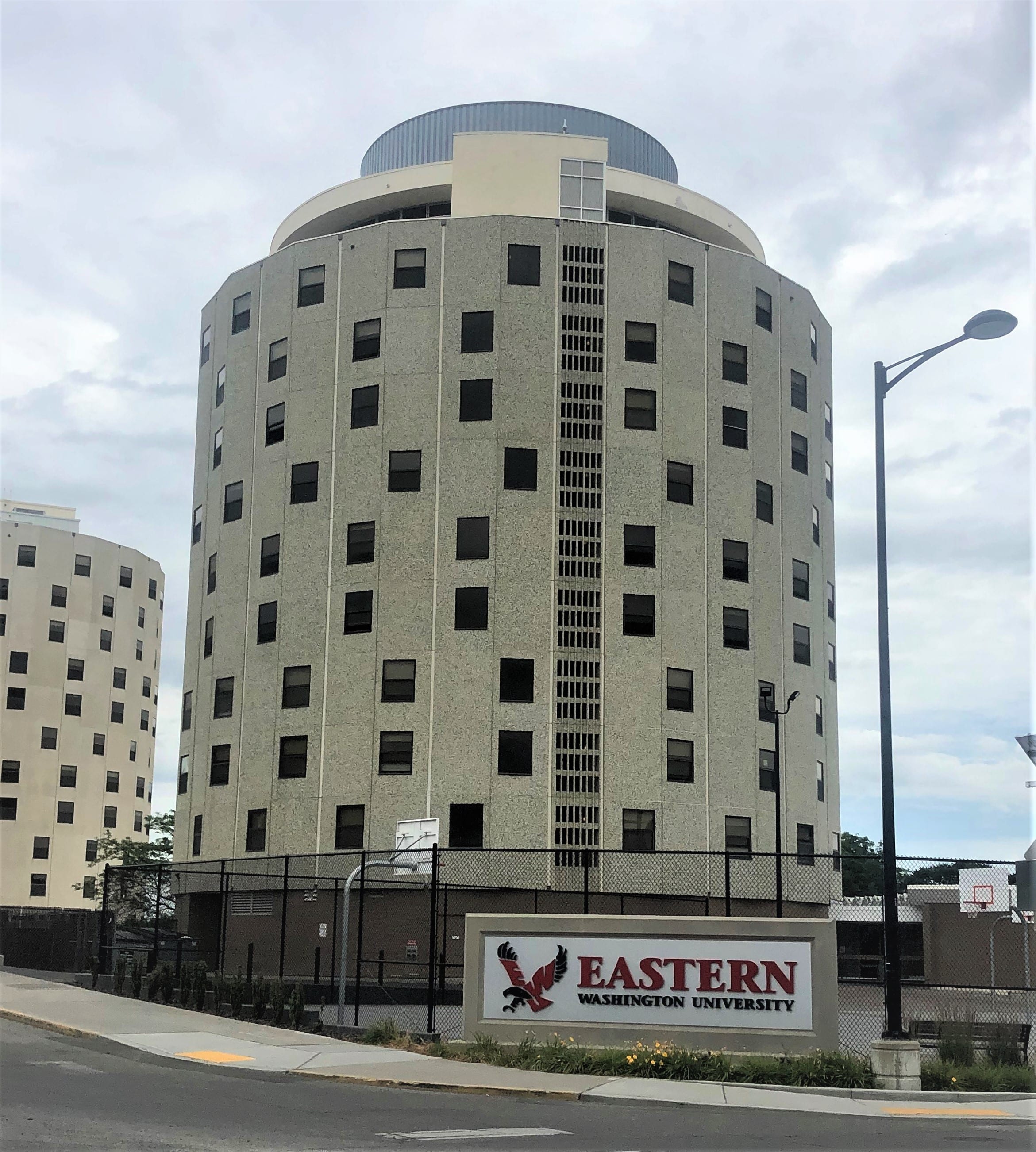 Dressler Hall on the EWU campus.

First responders and military personnel are encouraged to run the stairs in uniform, but the general public is welcome to attend as well in gym clothes.  Parking for the event will be free in Lots P-12 and P-16. 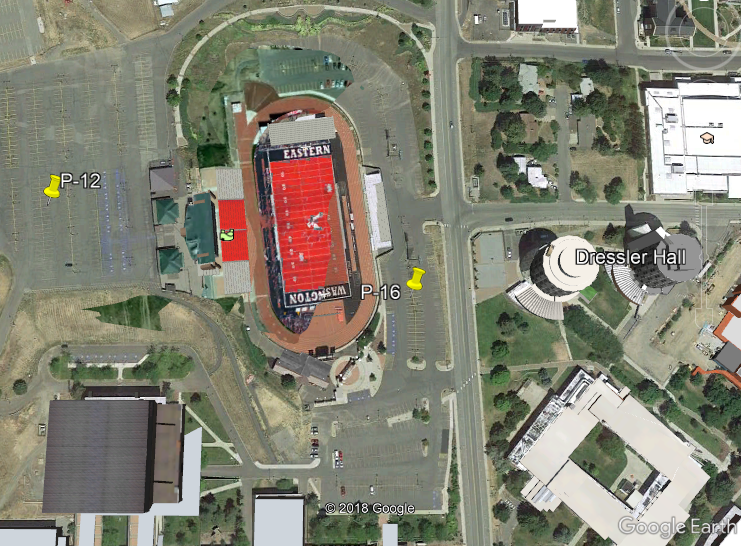 EWU ROTC encourages everyone to please come out and support first responders this upcoming 9-11 anniversary by participating in the stair climb. 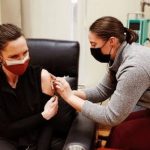