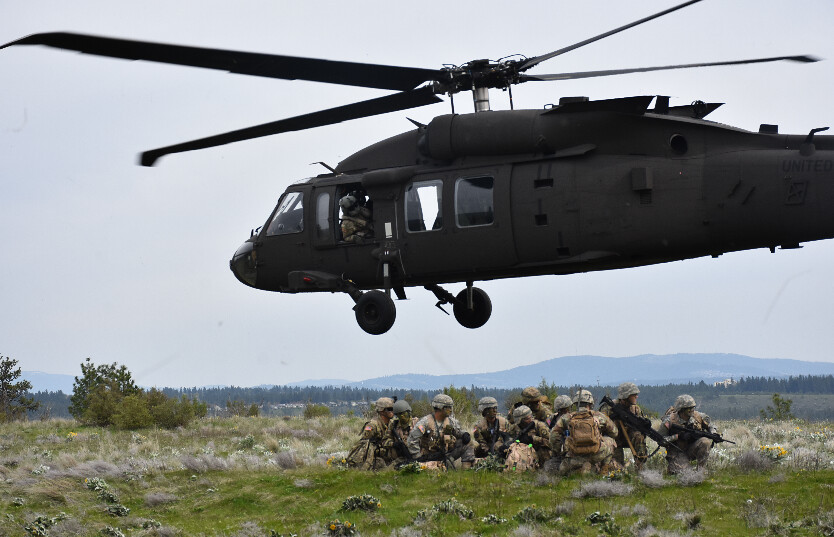 The Spring FTX was the third in a series of FTX’s to prepare MSIII (junior) Cadets for the rigors of Advanced Camp at Ft. Knox, Kentucky this summer.  Advanced Camp is the major training event that all Cadets must pass in order to commission as an officer after their college graduation.  The first FTX executed by EWU ROTC focused on individual soldier skills with the Expert Fighting Eagle Badge (EFEB) testing.  The second FTX was our Winter FTX that focused on squad level operations (8-10 personnel).  The Spring FTX trained Cadets on platoon level operations (30-40 personnel).  Being a Platoon Leader is one of the first positions that Cadets will hold in the Army, after they commission as 2nd Lieutenants. 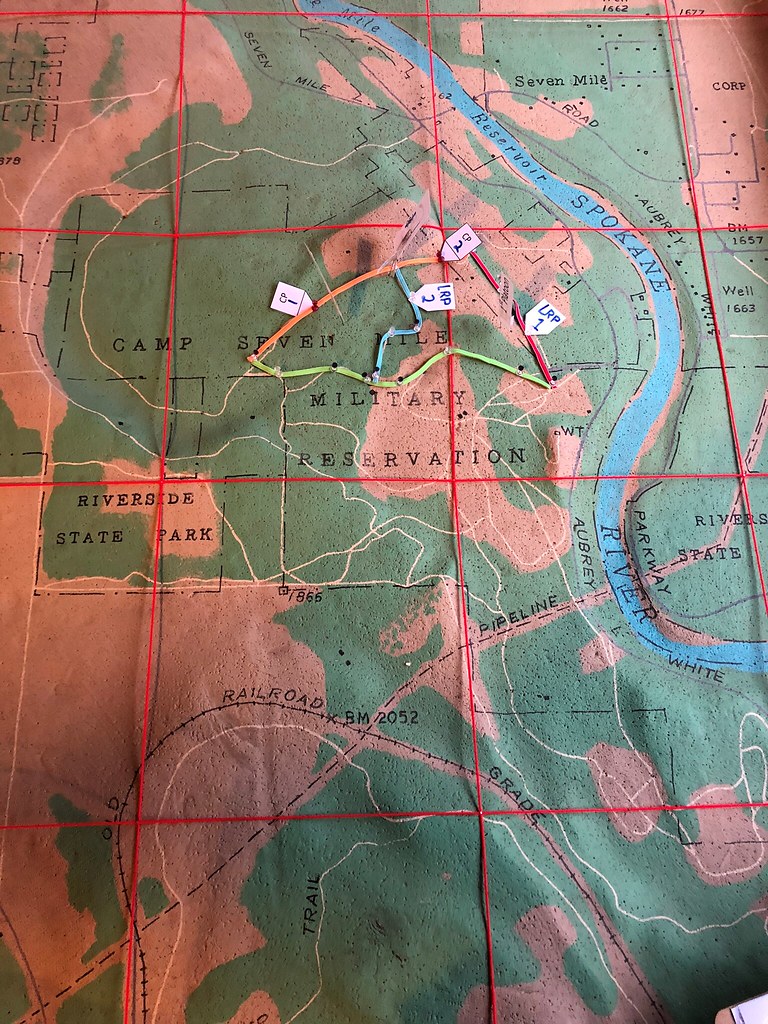 The Spring FTX was held at Camp Seven Mile.  Camp Seven Mile is military property that is part of Riverside State Park.  The camp was established in 1933 to house Civilian Conservation Corps (CCC) workers.  After constructing the camp the CCC workers than began building the roads, trails, and replanting trees to create the beautiful state park seen today.  In 1942 the CCC program was ended and the land turned over to the military.  The land was used to train soldiers that deployed to World War II and the Korean War.  The old camp property continues to be used for training purposes by Reserve, National Guard, and ROTC units in the region even though it is managed as part of the Washington State Park system.

The view looking down on the forested land of Camp Seven Mile from the helicopter Landing Zone. 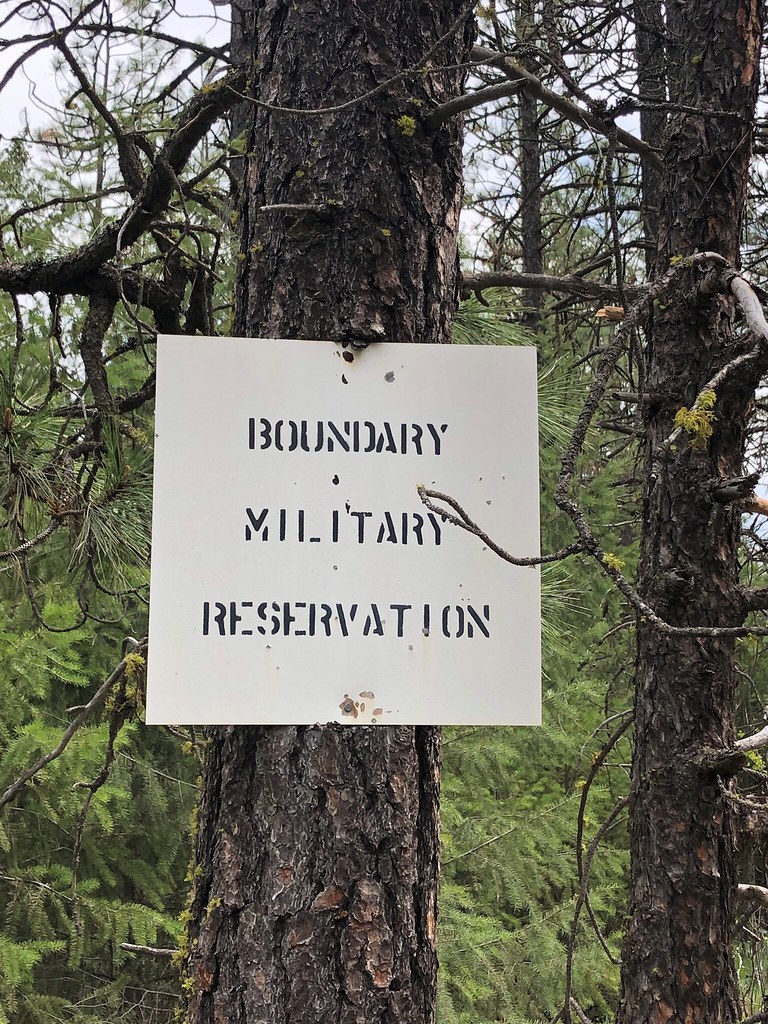 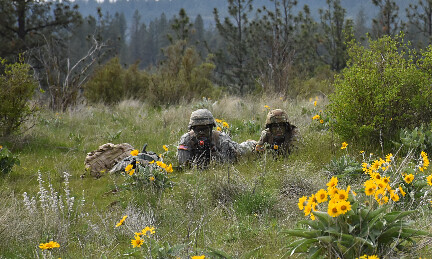 Shortly after leaving the landing zone to conduct their mission each platoon was attacked by Opposing Force (OPFOR) soldiers.  We were very fortunate this year to have our OPFOR being executed by Soldiers from the Washington Army National Guard. 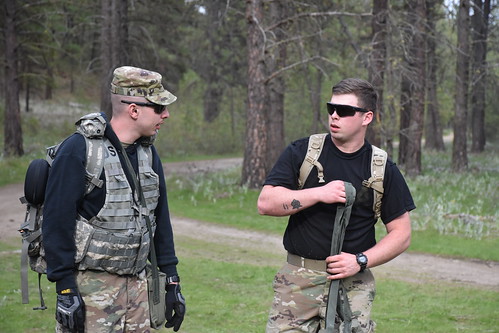 During the ambush the Cadets had to execute their react to ambush battle drills they learned in leadership labs earlier in the quarter. 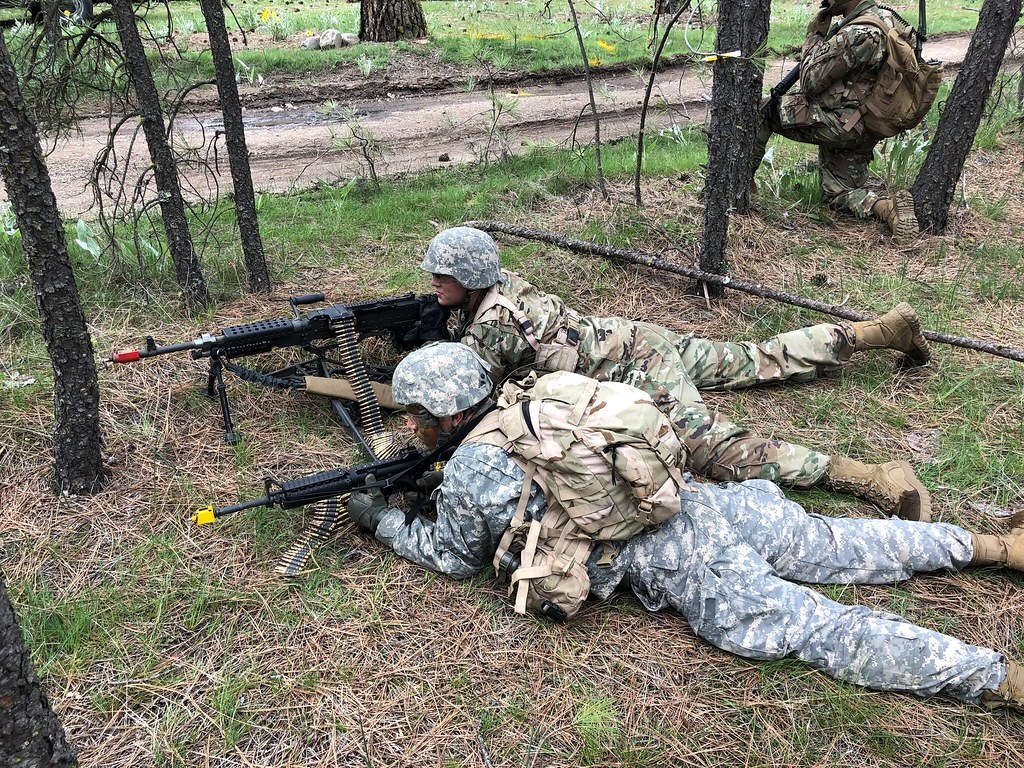 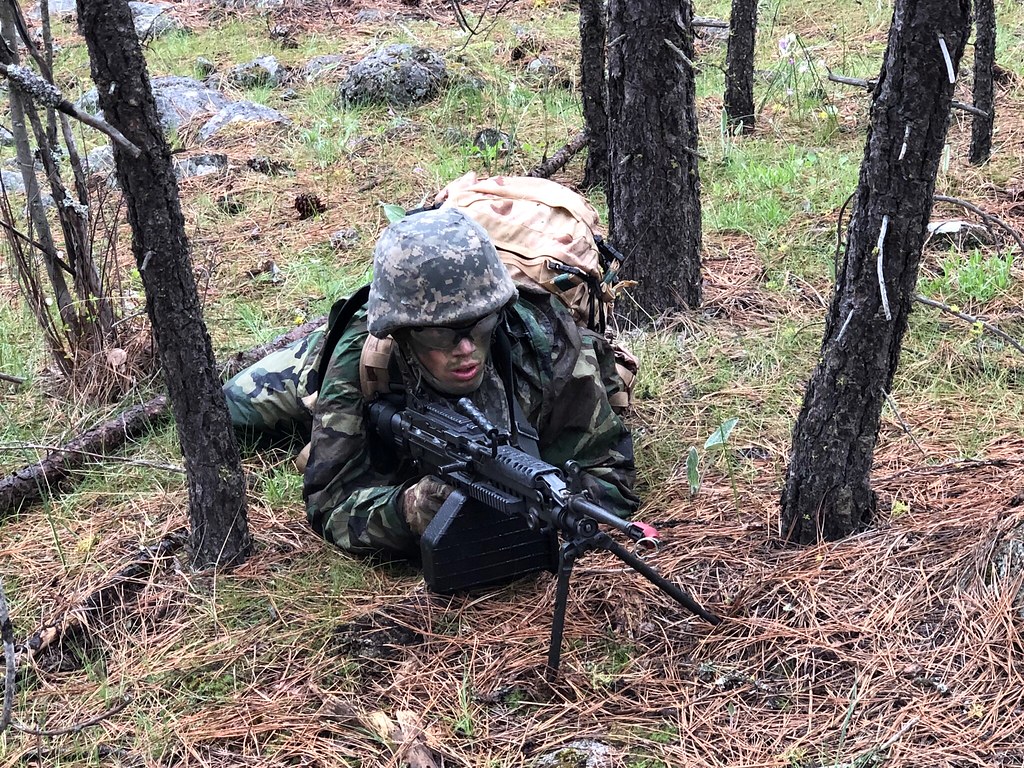 A Cadet pull security at a patrol base with his M4 rifle loaded with blank ammunition. 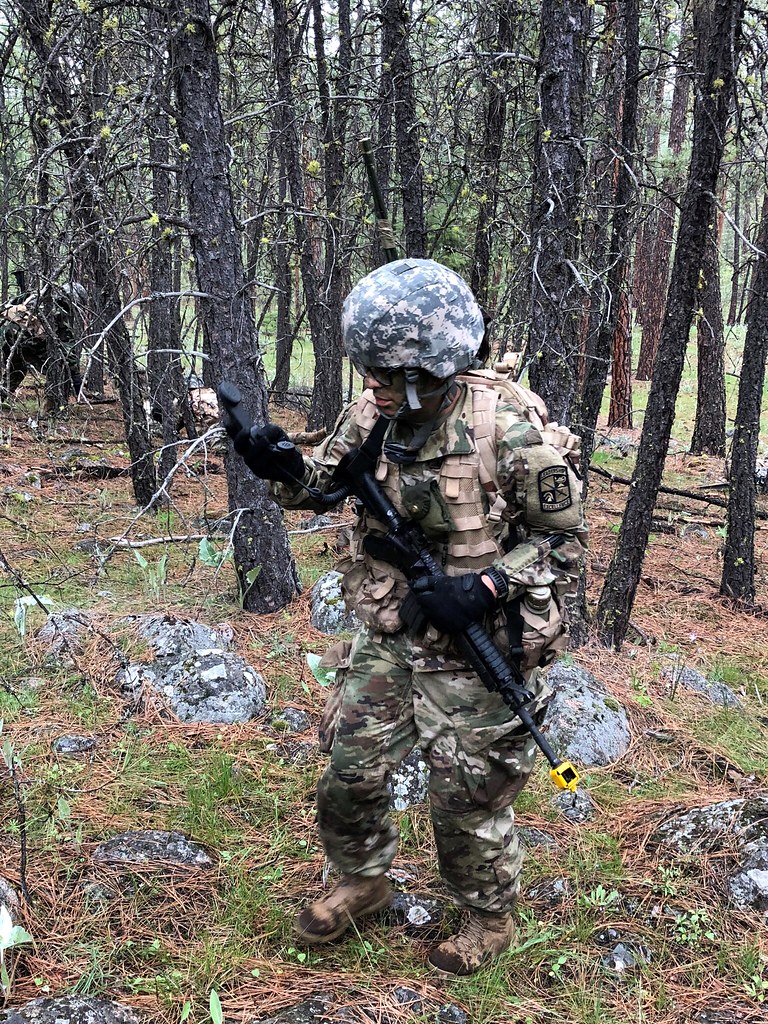 A Cadet uses a SINCGARS radio during a mission. 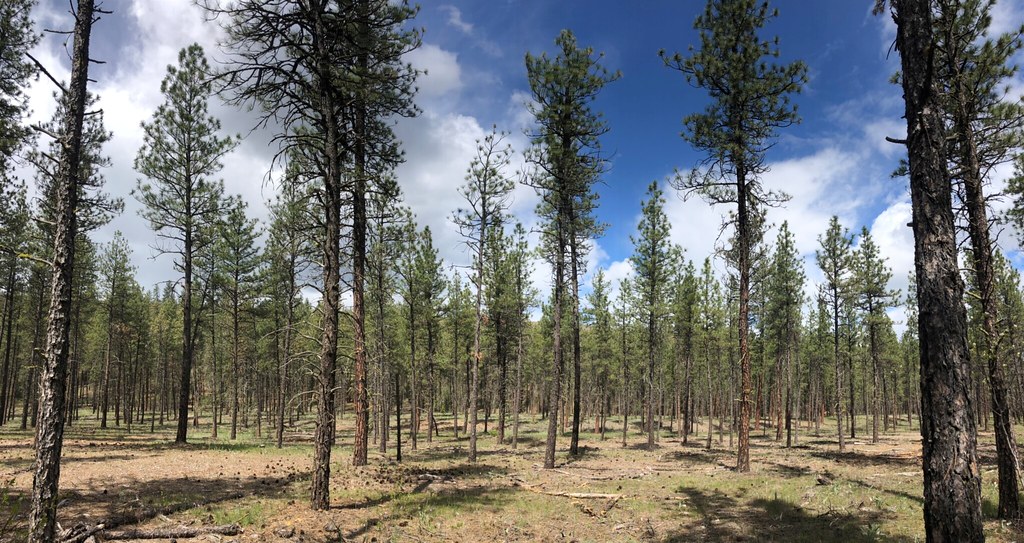 View of the forest at Camp Seven Mile. 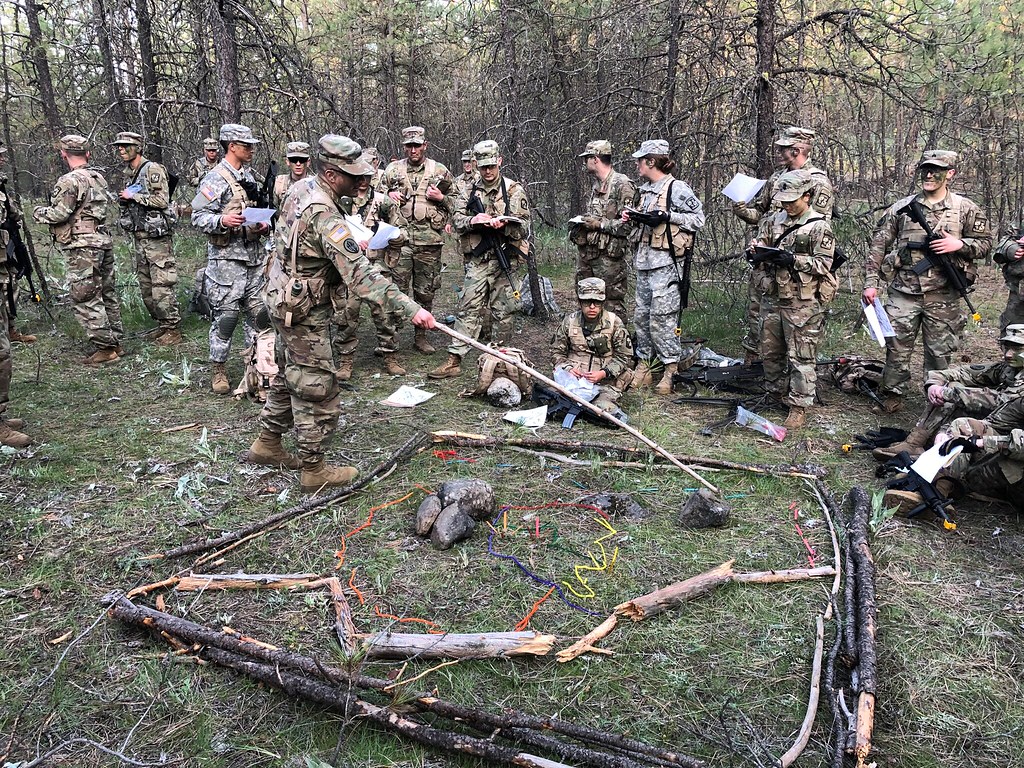 After the Cadets completed the night time land navigation course each platoon then bedded down for the night within their patrol bases.

The next morning the Cadets woke up early to begin a busy day of training. 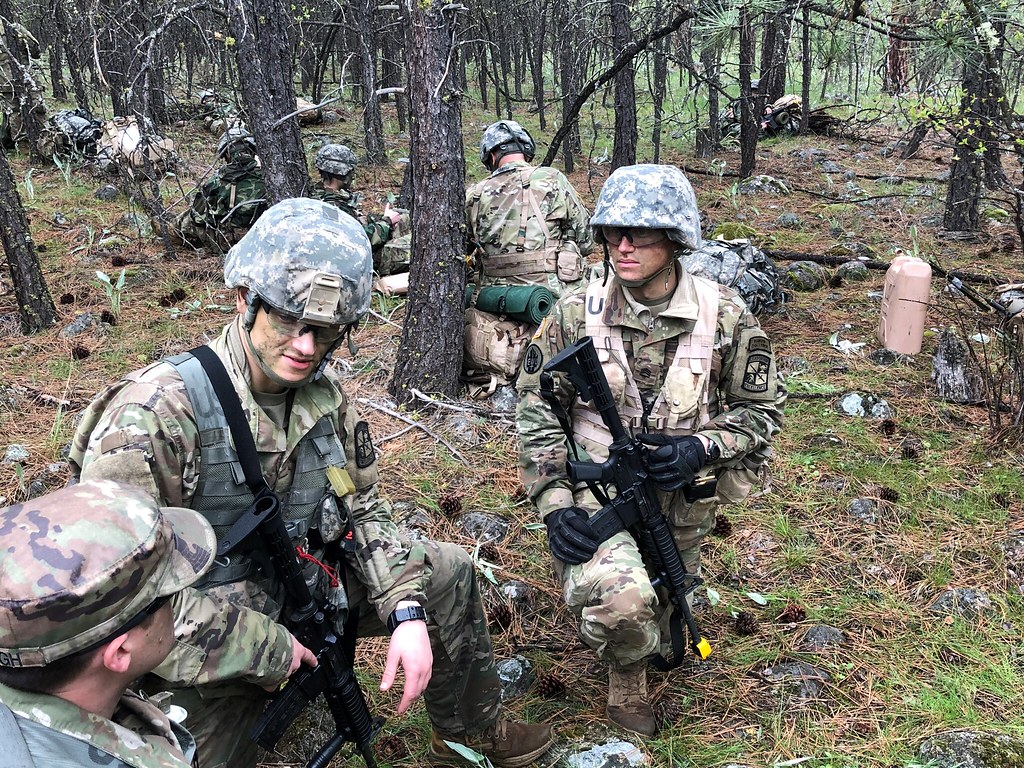 Cadets confer about an upcoming mission in their patrol base.

During Day 2 of the Spring FTX each platoon conducted various ambush, attack, raid, and defense lanes.  To add to the realism of the training on Day 2, smoke and artillery simulators were used throughout the day. 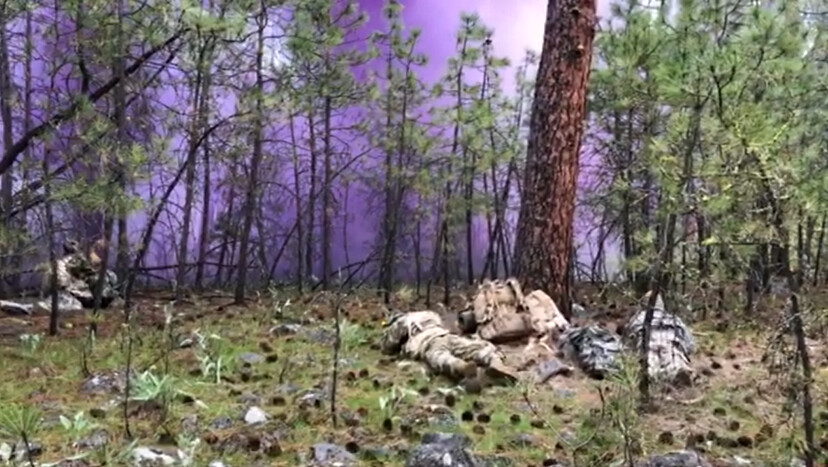 OPFOR uses purple smoke to obscure their attack against a patrol base. 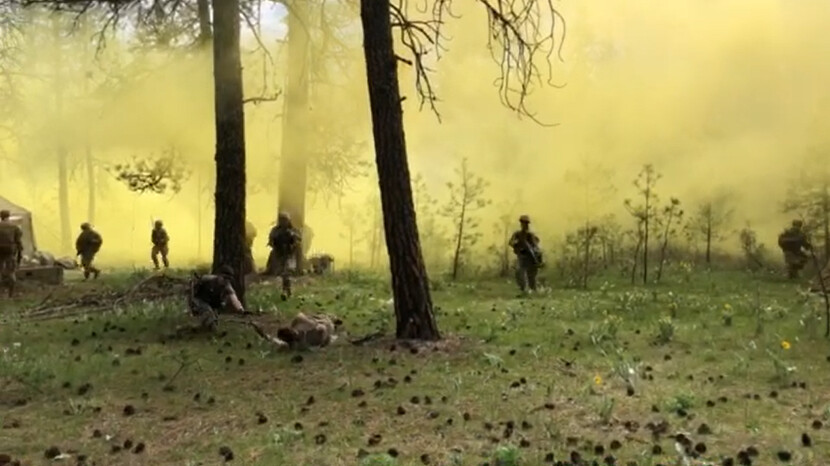 Cadets emerge from a cloud of yellow smoke during a raid mission.

To ensure that the MS-III Cadets received the maximum training possible, enough lanes were conducted to where the MS-III’s had a chance to either be a Squad Leader, Platoon Sergeant, or Platoon Leader.  These leadership positions are what they will be evaluated on at Advanced Camp this summer.  To help them improve in these leadership positions, after every lane an After Action Review was conducted by MS-IV and Cadre observer controllers.  An AAR is used to describe what the Cadet did correctly and identify areas of improvement. 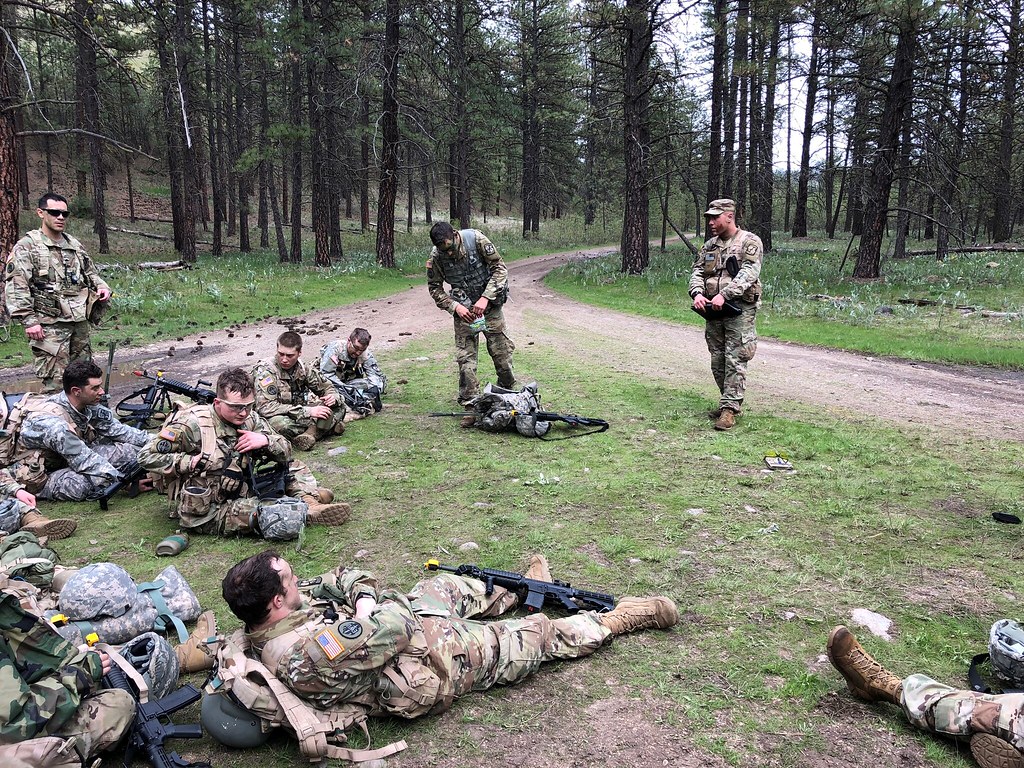 Once night came on Day 2 of the Spring FTX, the Cadets again conducted a nighttime land navigation course to give them further practice to master this important individual Soldier skill. 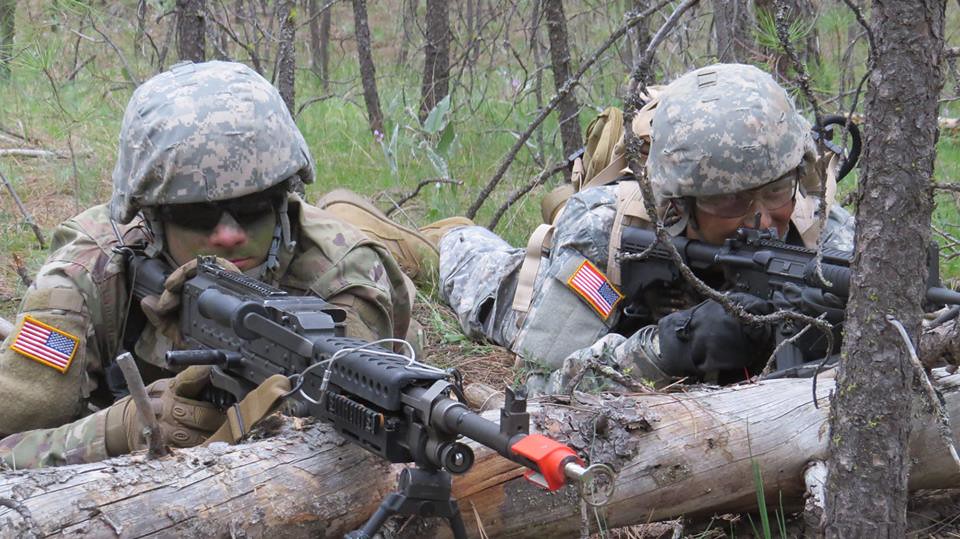 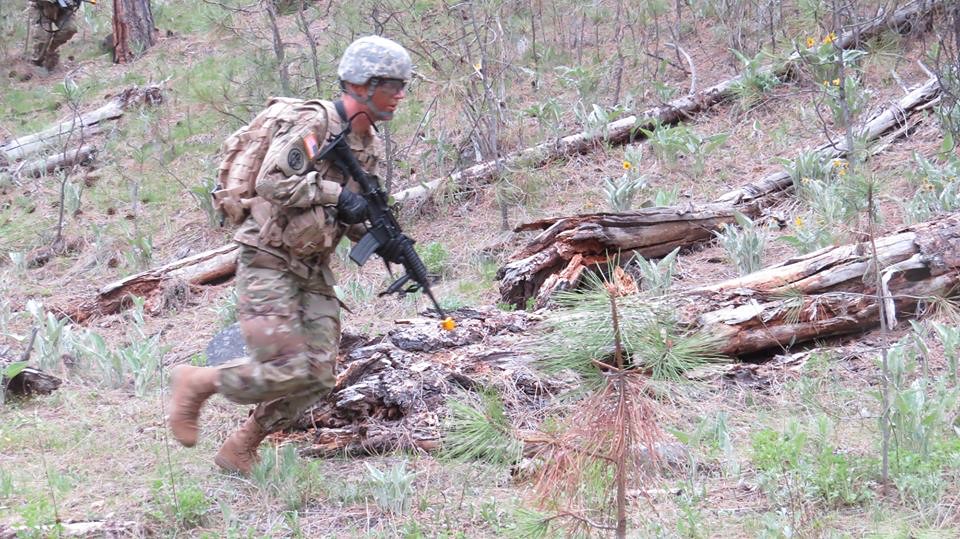 An EWU ROTC Cadet reacts to contact during Day 3 of the Spring FTX.

During the execution of all these training lanes, each of the platoons had to call up their reports to the Tactical Operations Center (TOC).  At the TOC, MS-IV Cadets took the reports and coordinated food, water, and ammunition resupply requested by the platoons.  The TOC operations provided added realism to the training and practical TOC experience for our MS-IV Cadets. 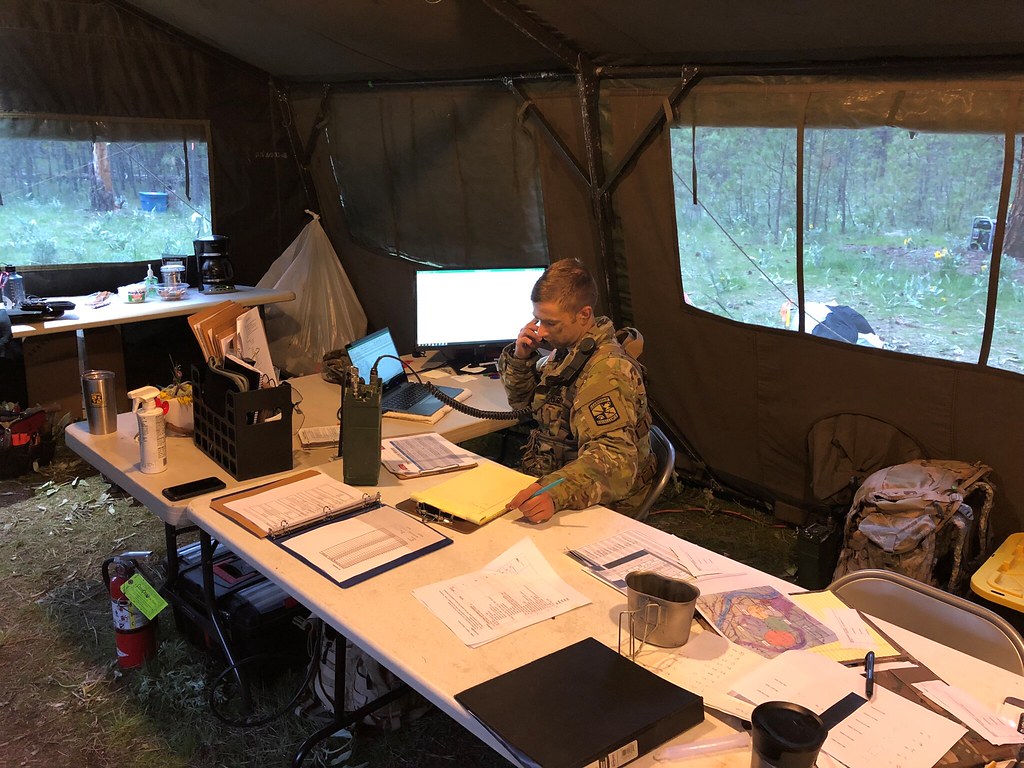 Cadet Erling Anderson answers the radio at the TOC at Camp Seven Mile. 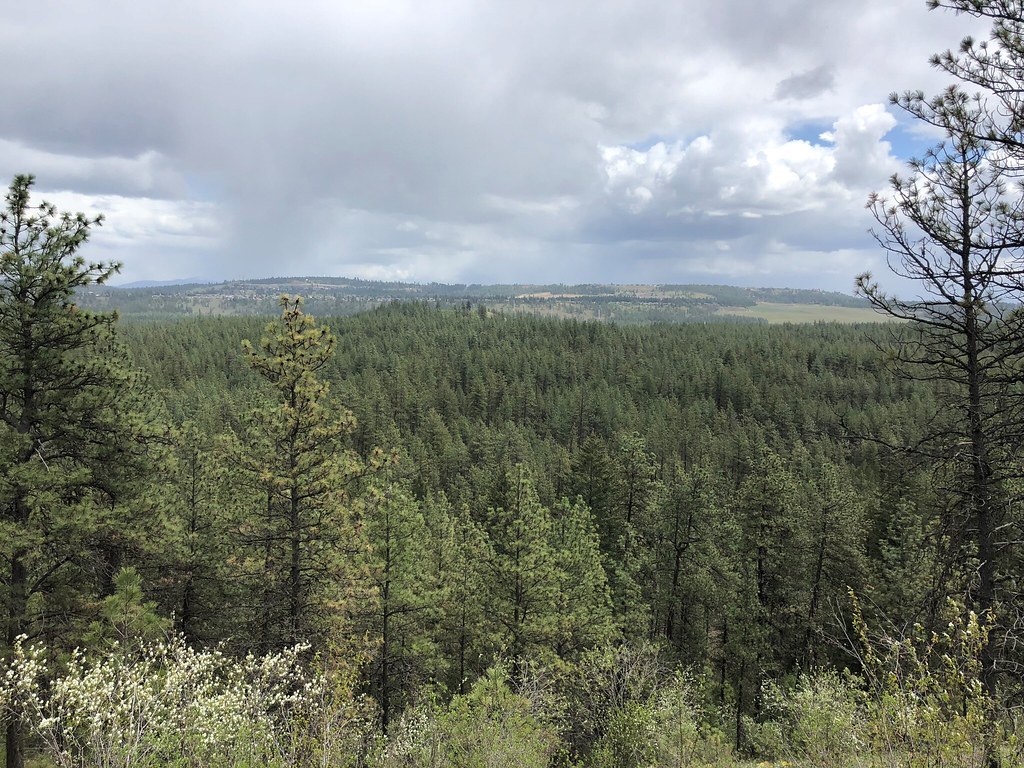 View of the terrain used for the daytime land navigation course. 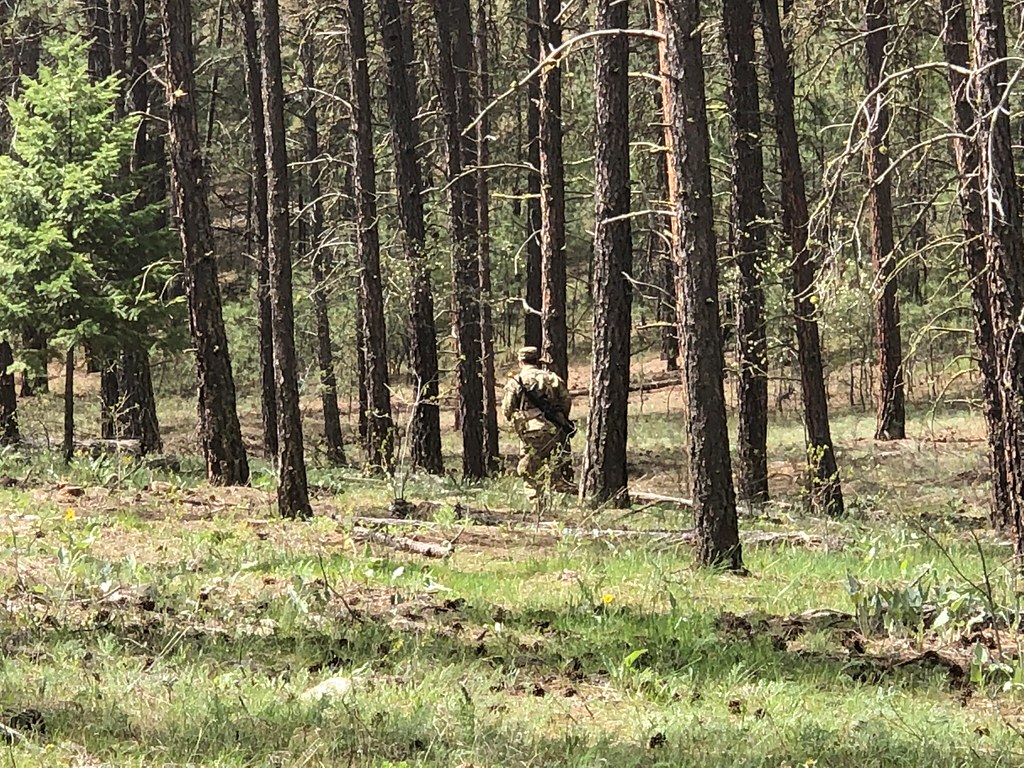 After the completion of the land navigation course the exhausted Cadets were then transported by bus back to Cadet Hall at the EWU Campus.  At Cadet Hall a well deserved dinner of Italian food was waiting for the hungry Cadets. 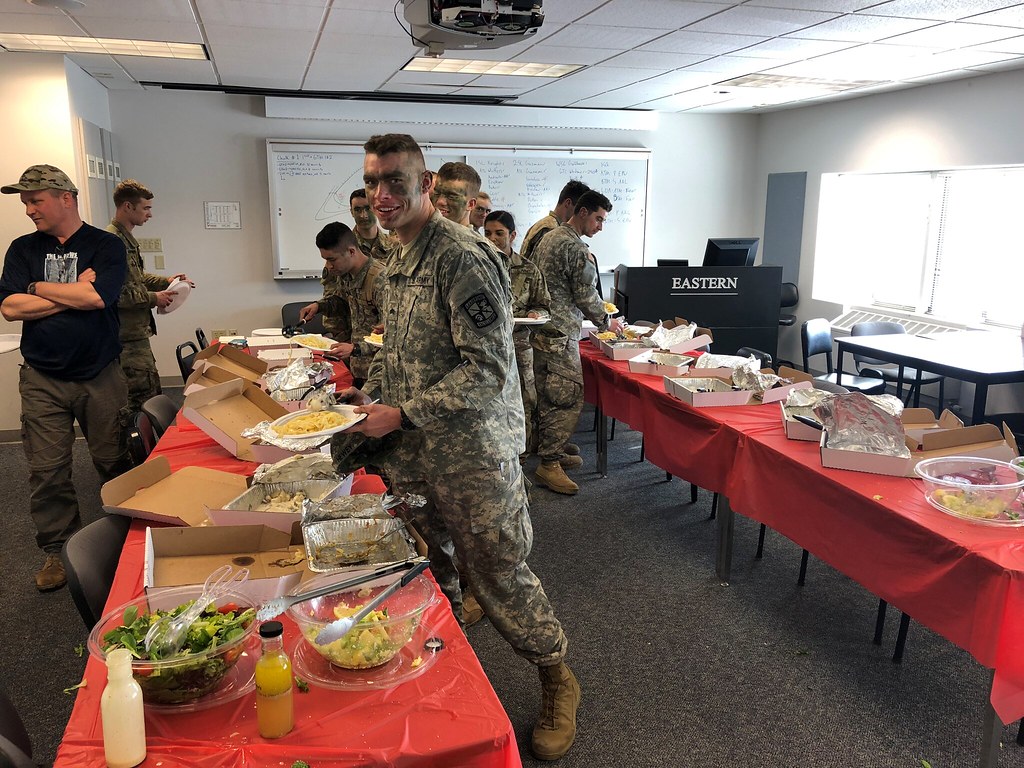 Cadets enjoy eating an Italian dinner at the conclusion of the Spring FTX. 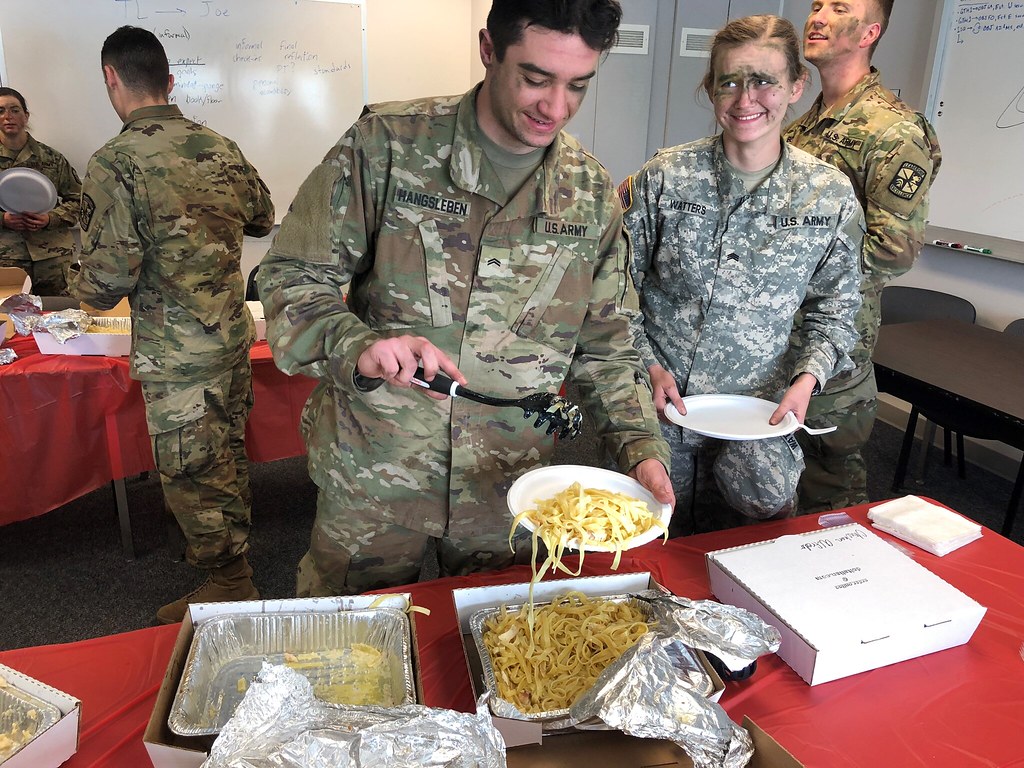 EWU ROTC Cadets enjoy plates of noodles after completion of the Spring FTX.

The Spring FTX was a great success that provided great training in platoon level operations to the EWU ROTC Cadets.  Our Cadets also received important training in day and night land navigation.  Most importantly it provided our MS-III Cadets an opportunity to rotate through the leadership positions they will be evaluated on at Advanced Camp this summer.  Their performance at the Spring FTX indicates that they are well prepared and ready to excel at Advanced Camp. 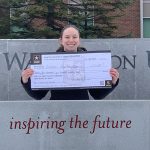 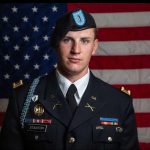