A Friday night is usually when college students are ready to wind down after a busy week. However, for Cadets in the Eastern Washington University

Army ROTC program they instead found themselves on bus to Ellensburg, WA to complete the 18.6 mile long Norwegian Foot March.  The foot march is one of the few foreign service badges that U.S. Army personnel can compete for and wear on their active duty uniforms.

The foot march has to be completed before sunrise on a dirt trail.  This year’s foot march hosted by Central Washington University Army ROTC was held on the John Wayne Pioneer Trail in Ellensburg and began at 9:00

PM.  During the ruck each Cadet had to carry 25 pounds of weight in their ruck. See below for more details about the standards for the Norwegian Foot March: 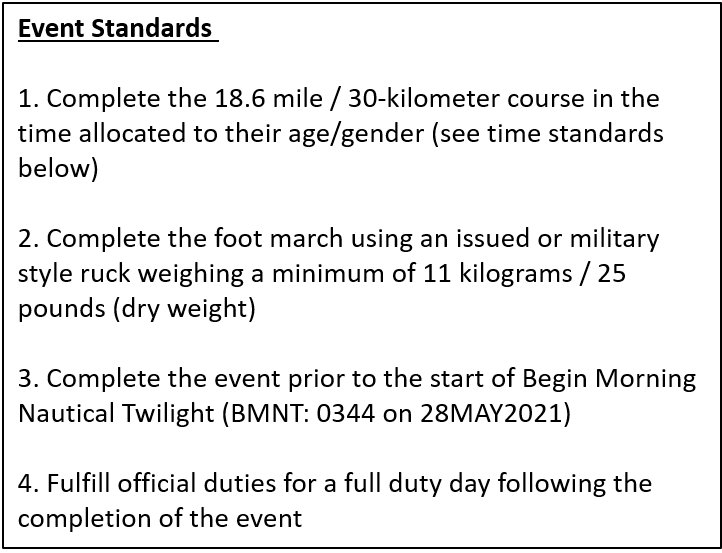 Cadets that could complete the march within the required times based off of gender and age received the Norwegian military’s Marsjmerket badge to wear on their uniforms.

The late start, unimproved trail surface, and windy conditions during the march made for a challenging competition.  The teamwork and shared motivation during the march allowed the vast majority of EWU Army ROTC Cadets to meet the required time to earn their badge. 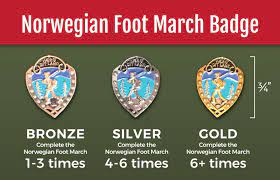 Great job by the all the Cadets that earned their badge and big thanks to CWU Army ROTC for inviting us to participate in this great event.  EWU Army ROTC plans to host the next Norwegian Foot March event sometime in the next academic year in Cheney for Cadets, active duty, National Guard, Reservists in the Spokane region to attend.  Monitor our EWU Army ROTC social media channels for the latest information on when the event will occur. Eagle Strong!