You are here: Home / Cadre Messages / EWU ROTC Servicemember Recognized as the Greater Spokane Armed Forces Person of the Year

The Eastern Washington University (EWU) Reserve Officer Training Corps (ROTC) battalion has a long tradition of commissioning quality officers trained by outstanding Cadre.  Today one of our outstanding Cadre members, Sergeant First Class (SFC) Jason Hennig demonstrated how talented our Cadre is by being recognized as the Greater Spokane Armed Forces Person of the Year. 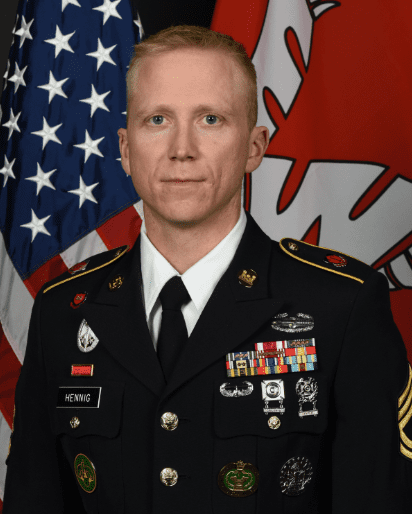 This year was the  63rd anniversary of the event that recognizes the outstanding military servicemembers and first responders in the Greater Spokane region.  The ceremony was held at the historic Davenport Hotel in downtown Spokane.  Nominations for the award were solicited from military units from across the Spokane region.  All nominees were then interviewed by a panel of volunteer judges comprised of local business leaders and retired military officers.  From these interviews the finalists were brought in for a second interview.  The finalists were selected by the criteria of: responsibilities and accomplishments, appearance, poise and courtesy, leadership qualities, education and training, decorations, awards and honors, and community involvement and civic activities. 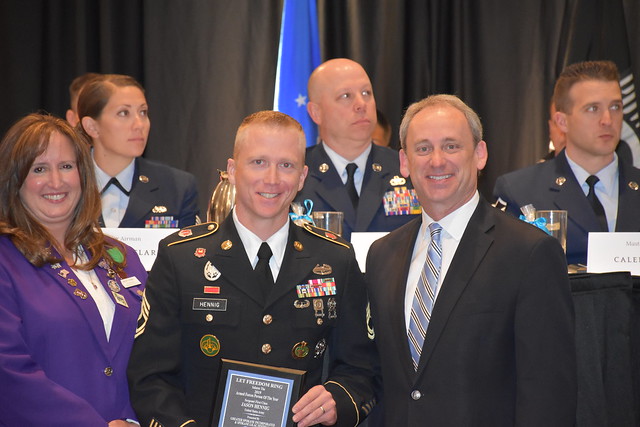 SFC Hennig was the only active duty Army servicemember nominated for the award that has traditionally been won by the Air Force due to the presence of Fairchild Air Force Base located to the west of Spokane.  Sergeant First Class Hennig who serves as the Senior Military Science Instructor for the EWU ROTC “Fighting Eagles” battalion, has a long history of outstanding military professionalism.  For example, earlier this year he was named the US Army Cadet Command Instructor of the Year out of the 274-ROTC programs across the nation.

SFC Hennig has been nothing, but a positive influence on the young men and women that make up the EWU ROTC “Fighting Eagles” battalion.  For example he was a driving force in preparing our MS-III (Junior) Cadets for Advanced Camp.  Advanced Camp is held each summer at Ft. Knox, Kentucky and the 37 day event is the culmination of three years of intense training in the ROTC program.  All Cadets must pass Advanced Camp to commission as an officer into the US Army and must perform well to improve their chances of receiving their top branch choice.  All 19 EWU ROTC Cadets passed Advanced Camp with 12 of 19 (63%) of them receiving outstanding or excellent scores.  These high scores helped 11 of the 14 Cadets commissioning this year to receive their first branch choice in the Army.  This 78% success rate was greater than the Cadet Command average of 60%. 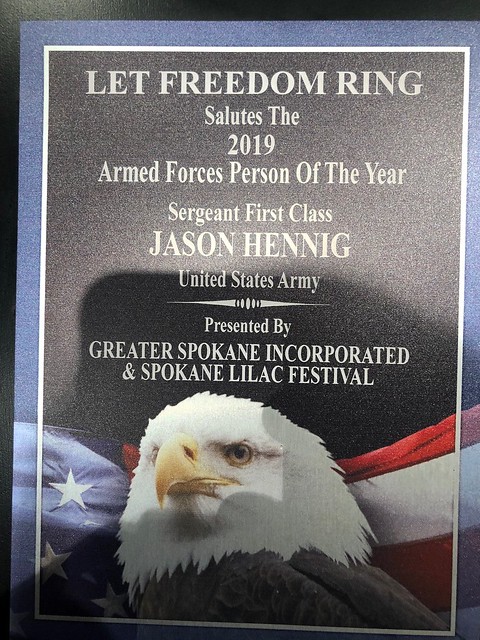 SFC Hennig also helped with organizing many great Cadet activities such as the Expert Fighting Eagle Badge (EFEB) competition that tests Cadets on basic Soldier skills.  Cadets that pass this test are awarded an EFEB to wear on their Cadet uniform.  The challenging competition is one of the ways EWU ROTC Cadets are prepared to succeed at Advanced Camp.  SFC Hennig also assisted with organizing the German Armed Forces Proficiency Badge (GAFPB) testing that saw 167 Cadets, Soldiers, Airmen, and Sailors travel to the EWU campus to compete for the badge.  Due to SFC Hennig’s training plan, the Fighting Eagles battalion had the highest number pass the test with 26-personnel receiving a GAFPB. 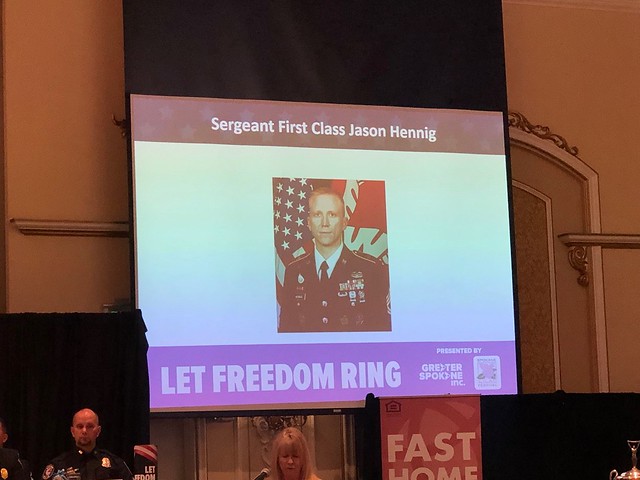 From everyone in the ROTC “Fighting Eagles” battalion we wish SFC Hennig a big congratulations for winning this prestigious award and being such a positive representation for the Army and EWU to the local community.  A well deserved recognition for a talented and dedicated NCO.