The Eastern Washington University (EWU) Reserve Officer Training Corps (ROTC) program is pleased to announce that one of its Cadets, Chad Triplett has recently graduated from the U.S. Army’s Airborne School at Ft. Benning, Georgia. The completion of Airborne School makes Cadet Triplett a qualified paratrooper within the U.S. Army authorized to wear the Parachutist Badge on his uniform. 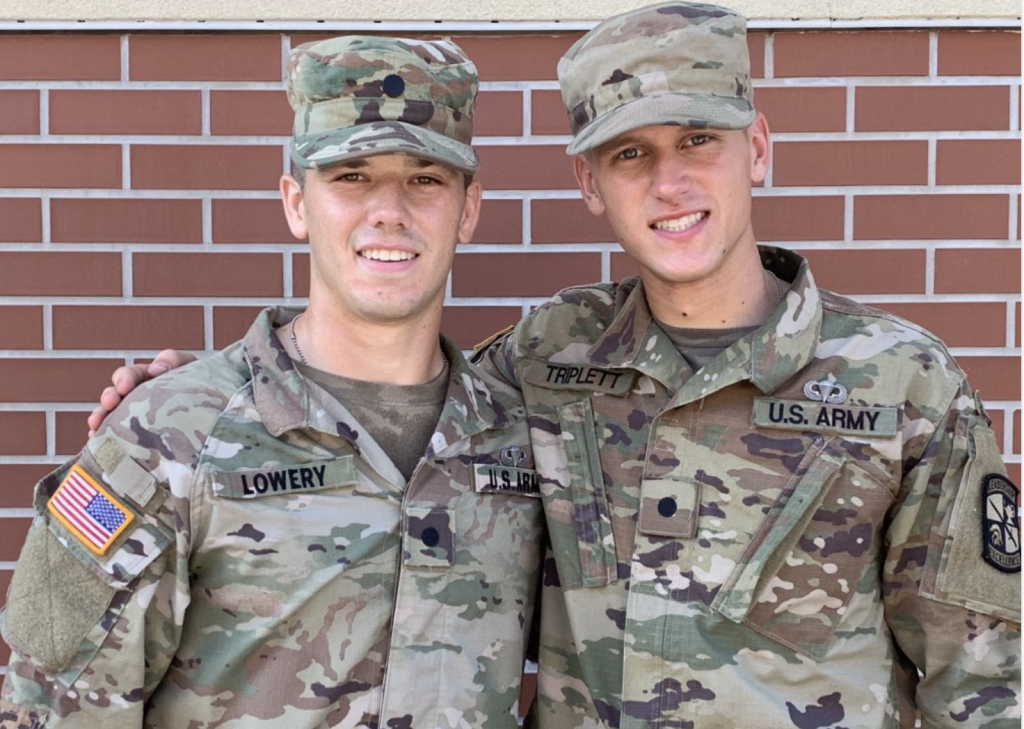 EWU ROTC Cadet, Chad Triplett (right) pictured with a fellow Cadet after after graduating from the U.S. Army’s Airborne School.

Airborne School is a 3-week long course that challenges Soldiers both mentally and physically to become paratroopers within the U.S. Army.  The course teaches Soldiers the techniques involved with parachuting from airplanes and safely landing in combat conditions.  The U.S. Army has been training paratroopers since June 1940 when its first Airborne test unit was activated.  In the following years Airborne units were established and saw heavy combat during World War II, particularly during the Allied invasions of Italy and France.  Airborne units continue to be an important part of today’s U.S. Army.

Being able to attend advanced Army training such as Airborne School is one of the benefits of contracting into the ROTC program.  Cadets can initially enroll into ROTC in a non-contracted status to explore if military service is for them.  ROTC is the only place where a person can explore military service WITHOUT actually being in the military.  For Cadets who determine that they want to contract into the U.S. Army, advanced military training such as Airborne, Air Assault, Mountain Warfare, Combat Diver, and other schools are open to them to apply for.  Please read the EWU ROTC Contracting Page for more information on how to enroll or contract into the ROTC program.

Cadet Triplett is an incoming senior Cadet at Eastern Washington University studying criminal justice.  He has excelled not only in ROTC, but in the classroom as well where he was selected earlier this year for the prestigious Chertok Scholarship from EWU’s College of Social Sciences.  EWU ROTC congratulates Cadet Triplett for his impressive accomplishment of completing Airborne School and becoming a U.S. Army paratrooper.