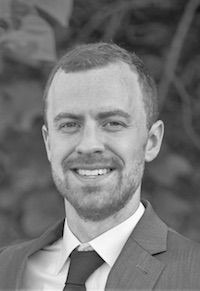 “Emergency Instructions” was inspired by the wonderful Spoon song, “Mystery Zone.” (I’ve been requesting the band play it live for years, unsuccessfully.) It’s a great song that I won’t begin to try and interpret; it’s about the mystery zone, after all. One of the lines that stuck with me was, “Times that we met, before we met, we’ll go back there [to the mystery zone].” The idea of having met someone before they become integral to our lives is fascinating. So is the possibility of taking future/present knowledge back to those times. But then, time travel has been done to death. My intention was to keep the story from descending into a melodramatic mess or simple plot twist. After realizing that, pairing a character’s emotional drive with the informational layout was a no-brainer.

I’ve been listening to lots of Spoon (obviously), enjoying Colorado breweries (wheats mostly), and spend lots of time with a rescue Maine Coon, Murphy. Maine Coons “trill” a lot, which mostly sounds like a hum. So Murphy hums when he jumps and eats and greets my wife at the door and best of all, when I’m done working at five. He’s a great coworker. Roger from accounting never hums at 5pm. He’s a jerk.

Found in Willow Springs 82 Back to Author Profile Emergency Instructions I. REMEMBER: You will never convince them why you did it. A. Everyone believes hypotheticals about time machines right­- ing […]