The Eastern Washington University (EWU) Reserve Officer Training Corps (ROTC) Fighting Eagles Battalion was out for the final time this year at Roos Field in support of the football team.  The third ranked Eagles were playing the seventh ranked University of Maine Black Bears in the FCS Playoff Semifinal game.  This was the first ever meeting between the two teams and it would become a memorable one for the Eagles and one to forget for the Black Bears. 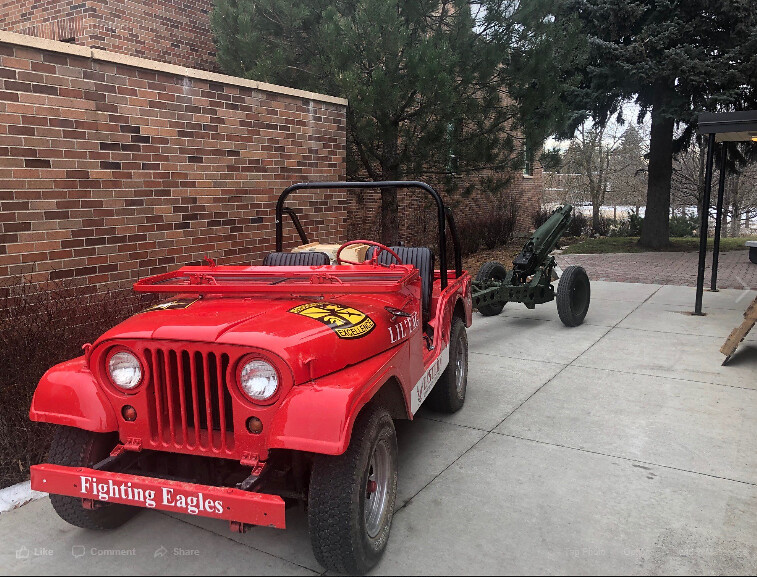 EWU ROTC first supported the home team by having the Color Guard present our national and state colors during the playing of the National anthem prior to kickoff.  As they have done for every home football game this year, the Color Guard with precision and professionalism presented the colors at midfield. 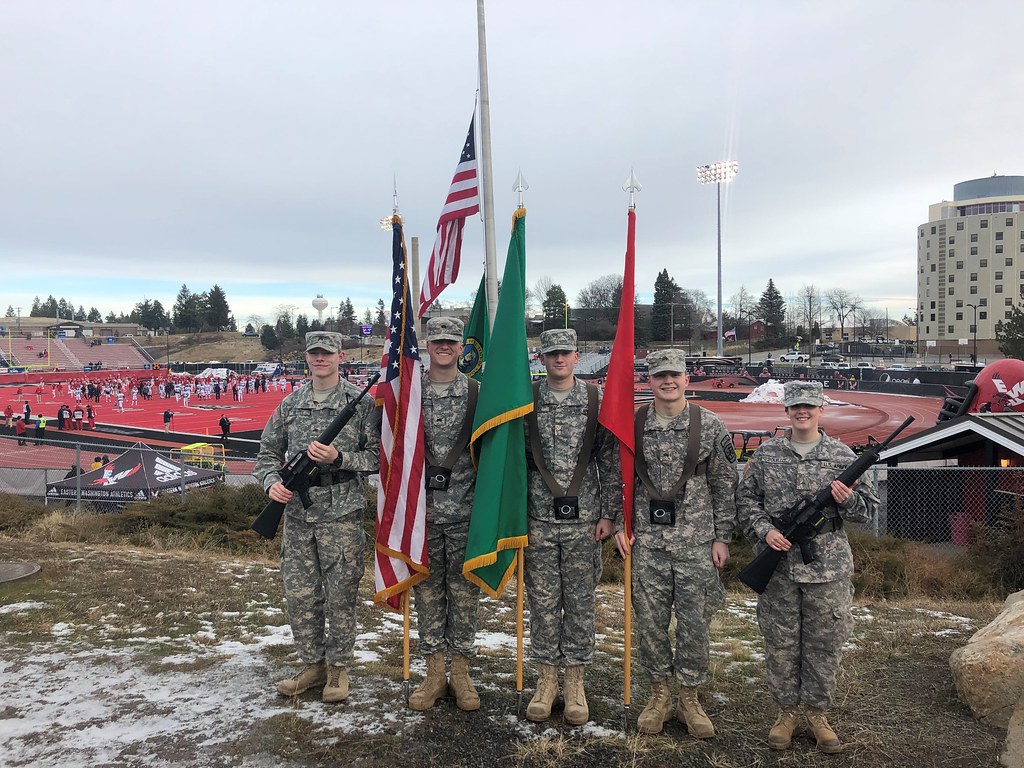 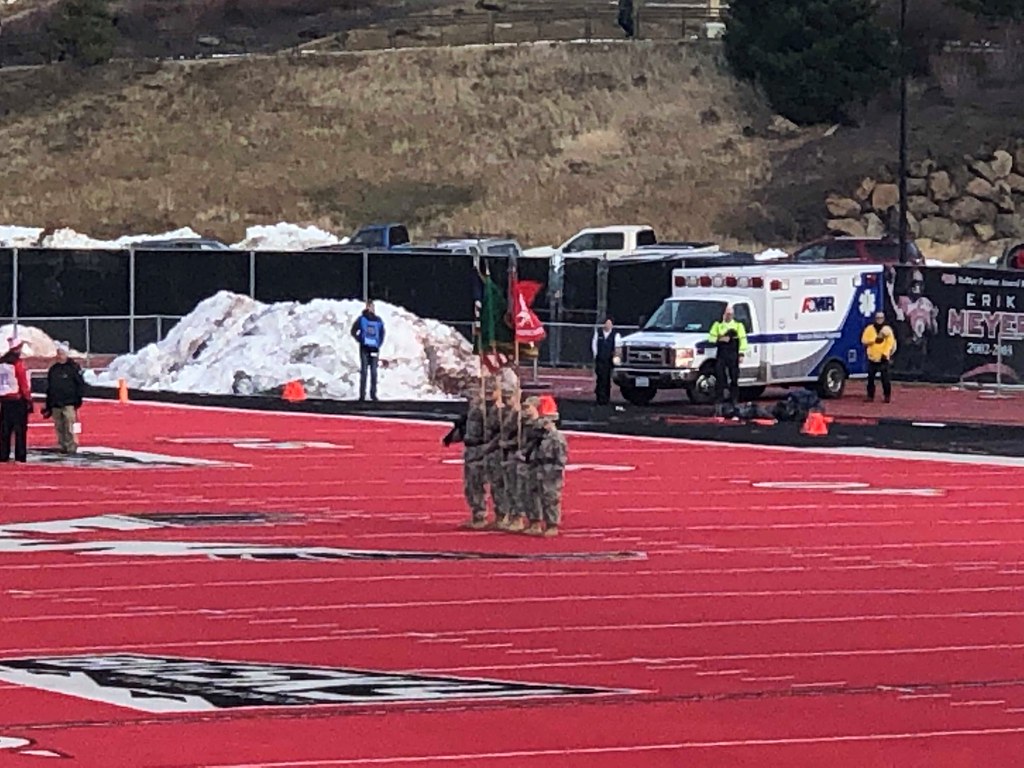 The EWU ROTC Color Guard presents the national and state colors on the 50 yard line at Roos Field. 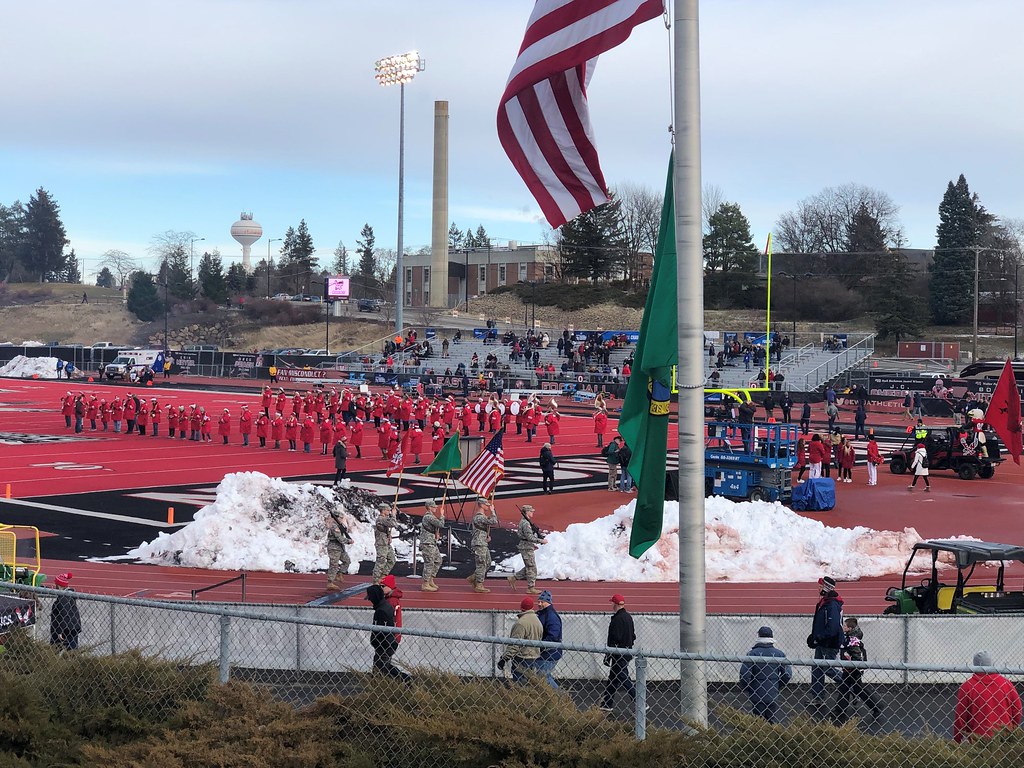 The EWU ROTC Color Guard marches off of Roos Field after the playing of the National Anthem.

After kickoff the Fighting Eagles Cadets then had a busy day supporting the home team with our popular Cannon Crew.  The EWU ROTC Cannon Crew has been supporting home football games at Eastern Washington for decades with our historic World War II era 75mm pack howitzer.  After every touchdown our Cadets fire the crowd pleasing cannon.  The scoring started early after an interception by the EWU defense inside the five yard line led to an easy first quarter touchdown for the Eagles offense. 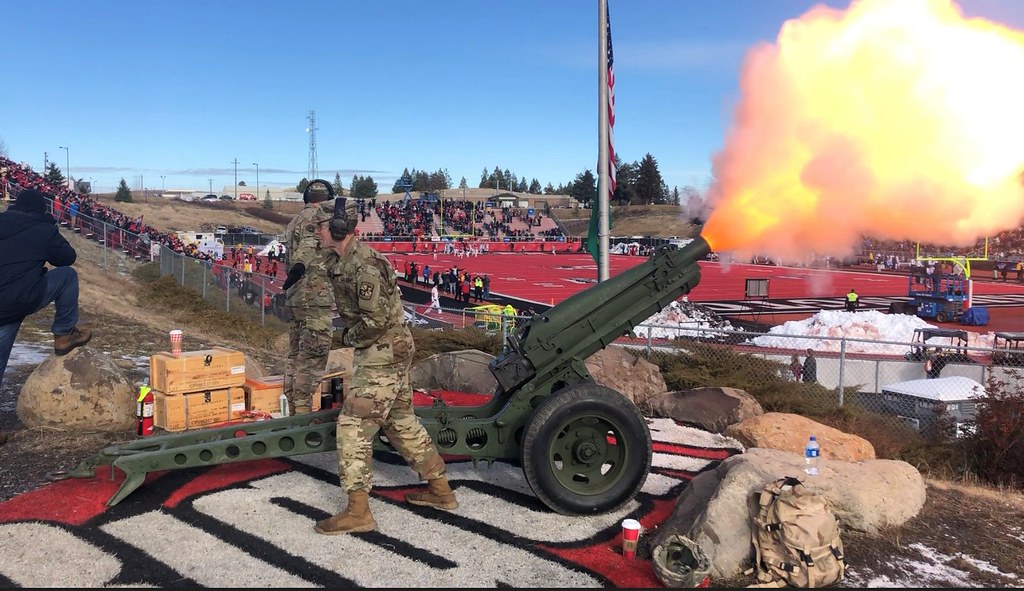 In what was expected to be a tight game due to the impressive showing Maine had last week defeating #2 ranked Weber State, the Eagles offense scored two more touchdowns in the first quarter to take a 21-0.  By halftime the Eagles built up their lead to 28-0 and the party was on at Roos Field. 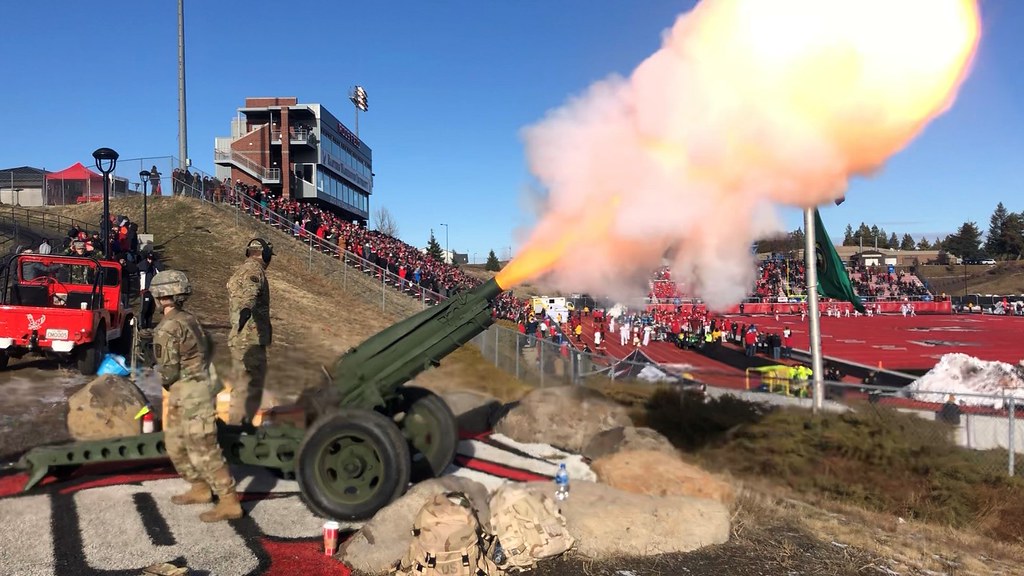 In the third quarter the Black Bears would cut the deficit to 35-19, but would get no closer.  The Eagles would dominate the rest of the way winning by a final score of 50-19. 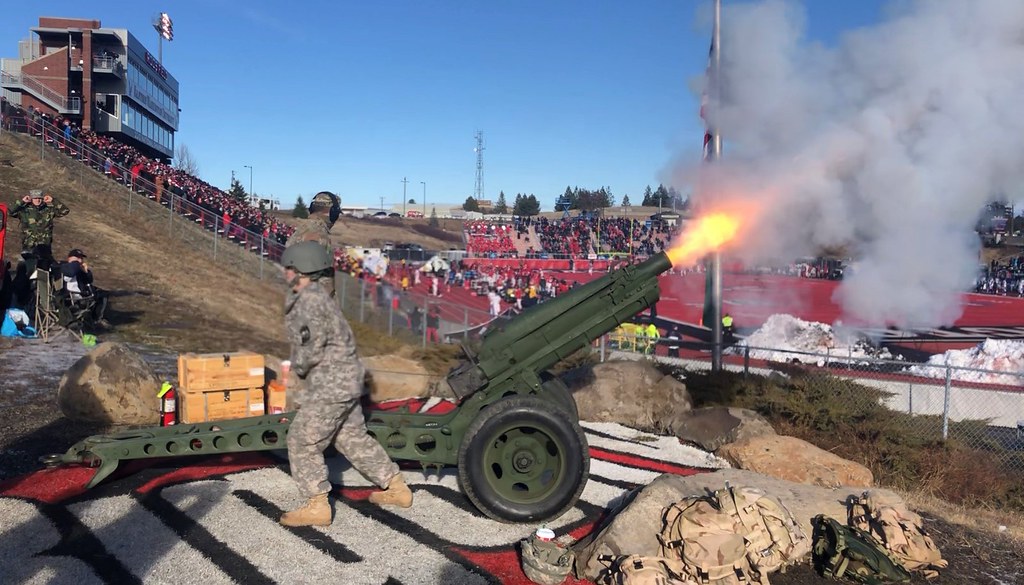 Cadet Sara Polello fires the cannon after a second half touchdown.

On behalf of the EWU ROTC Fighting Eagles Battalion, congratulations to the EWU football team for their impressive playoff victory.  With the victory the EWU football team advances to the FCS College Football Championship game that will be played January 5, 2019 at Toyota Stadium in Frisco, Texas.  In the FCS Championship game the Eagles will play the North Dakota State Bison.  NDSU is the defending National Champions and have won six of the past seven FCS College Football Championships.  The Eagles will no doubt have their hands full in the national championship game, but the resilience and heart they have played with all season shows they have the ability to beat anyone.