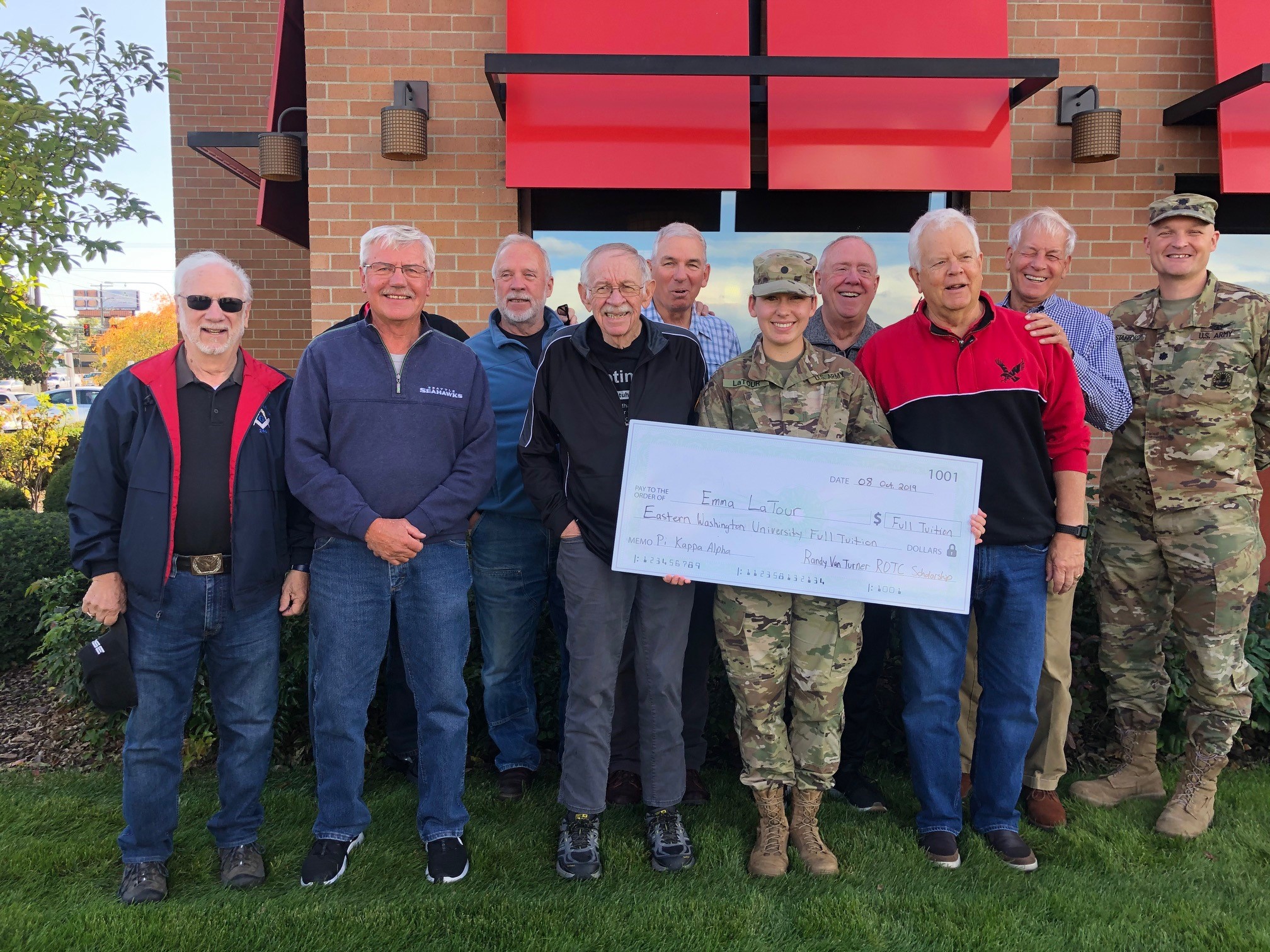 The scholarship is in honor of the Pi Kappa Alpha fraternity’s EWU chapter co-founder First Lieutenant Randy Van Turner.  Randy was a 1968 graduate from the EWU ROTC program who was a recipient of the Silver Star and was killed in action in 1969 during the Vietnam War.  His fraternity brothers decided to honor his service by establishing an ROTC scholarship program in his name.  The scholarship is awarded to EWU ROTC Cadets that demonstrate academic excellence, high physical fitness, leadership, and financial need. Through a board process, Cadet LaTour was chosen as the third Randy Van Turner ROTC Scholarship recipient this year.  She will receive one-year of paid tuition to EWU.

Congratulations to Cadet LaTour for being awarded the Randy Van Turner ROTC Scholarship and a big thank you to Pi Kappa Alpha for sponsoring this scholarship in support of our outstanding EWU ROTC Cadets.