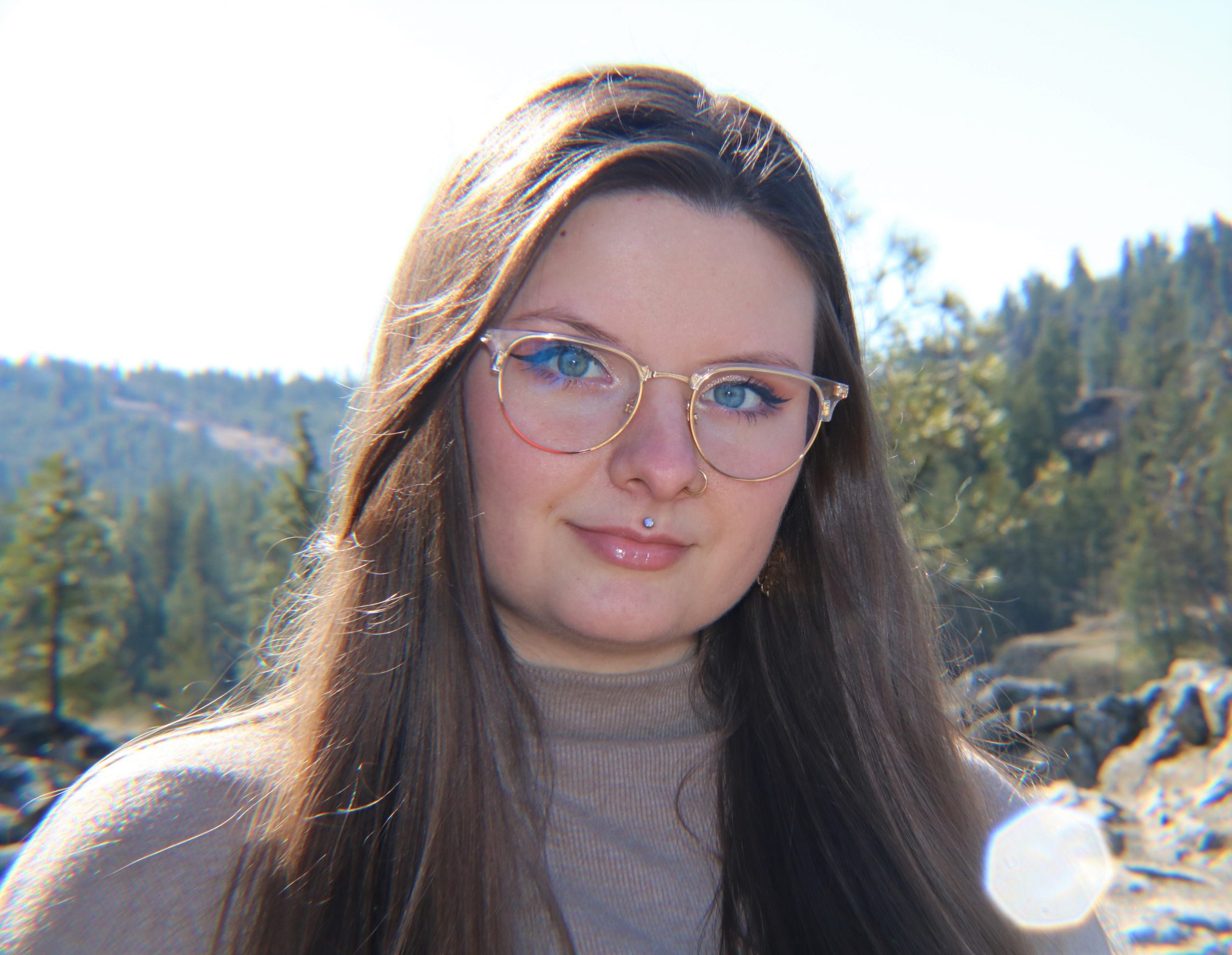 Lucia Roussa will graduate from Eastern Washington University with a dual major in Environmental Science and Biology. Her research interests include Phycology, marine microbiology, and conservation science in coastal marine ecosystems. In 2020, Lucia was selected as a TLES Scholars Award recipient. In 2021 she completed an internship at the University of Washington internship with the Cooperative Institute for Climate, Ocean, and Ecosystem Sciences (CICOES) where she studied jellyfish in the Puget Sound. For her McNair Research she received mentorship from both Dr. Camille McNeely on her project investigating the relationship between freshwater algal abundance and diversity through analyzing the eutrophication of wetlands in Turnbull National Wildlife Refuge. She then extended this with Dr. Jessica Allen to analyze the phylogeny of freshwater sponges in Eastern Washington. In the future, she would like to explore algae and the potential of phycological research to find modern solutions to environmental problems. She is well on her way to her goal of being a role model for those who feel like STEM fields are limited to those with economic privilege, or those who feel insecure entering a male-dominated field. The faculty of the EWU's Environmental Science Program awarded Lucy the 2022 Excellence in Academic Achievement Award.

She was accepted by the University of Miami's Master of Professional Science program in the Marine Conservation track at the Rosenstiel School of Marine and Atmospheric Science as well as to North Carolina State University's PhD program, with full funding, where she will start attending in the Fall of 2022.

Abstract: When you think of aquatic sponges, your mind may go to large, tube-like marine structures. Unknown to many, sponges are ecologically important components of freshwater lakes, rivers, and streams. Freshwater sponges are filter-feeders that also harbor algal symbionts in their tissues. In return for the sponge’s protection and nutrients such as nitrogen and phosphorus, algae provide its host with sugars produced from photosynthesis. This mutualism is similar to marine corals and their algal symbiont, zooxanthellae. Unlike the coral mutualism, sponges do not have an obligate relationship with their symbionts and are often found without them. Freshwater sponges of North America are relatively poorly studied compared to other freshwater invertebrates. I hypothesize that water quality characteristics such as pH, temperature, and nutrient concentrations will differ between sites with and without sponges, and that each species of sponge will have unique species of algal photobiont.

I surveyed 27 streams sites in Eastern Washington to document distribution, species composition, and algal photobionts. Each site was searched for 1 hour, and at least 100 substrate particles were examined per site. In addition to surveying streams for sponge presence, I also measured water quality parameters including temperature, dissolved oxygen, turbidity, pH, oxidative-reductive potential, and concentrations of nitrogen and phosphorus. Where sponges were present, I collected samples to determine species composition through DNA sequencing and microscopy. Of the 27 sites surveyed, sponges were found at 9. Since this research is ongoing, only data collected from field work is available. Laboratory work for sponge and algal species identification will take place later this year. Once species are known, distributions will be compared with environmental variables. This research will contribute to our knowledge of these poorly documented freshwater animals.