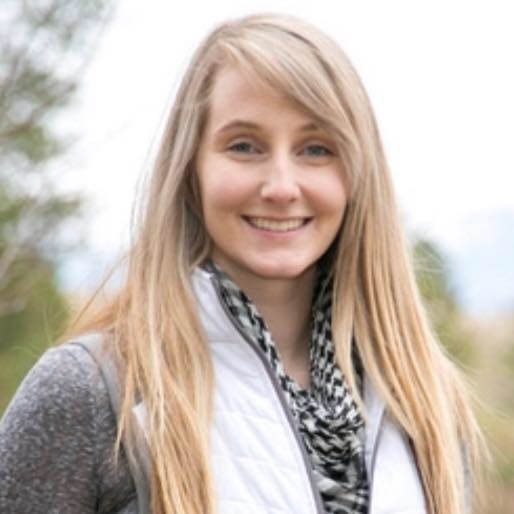 Rachael Pentico graduated from Eastern Washington University in 2021 with a BS in Biology. Previously, she spent time at Spokane Falls Community College where she focused on economics, with an emphasis on environmental policy. Her interests and research focus is on ecology and how invasive species and anthropogenic climate change will affect different ecosystems. She wants her education in economics to follow her into her biological studies so that economic factors can help to persuade policy. She worked as a research assistant in Dr. Rebecca Brown's lab focused on restoring a section of the Palouse Prairie. Rachael presented research at the EWU virtual symposium in 2020: A Review of Plant-Soil Feedbacks and Their Importance For Palouse Prairie Restoration and Management. She hopes to obtain a Ph.D. and mentor students as a professor.

Abstract: Plants alter the biotic and abiotic characteristics of the soil they grow in, which can alter future plant survival, through a process known as plant-soil feedbacks (PSFs). PSFs play a key role in plant succession and invasion by nonnative species. Scientists are only beginning to understand how microclimate might affect plant soil feedbacks. In the semiarid Palouse Prairie Ecoregion of the Inland Northwestern US, aspect can affect microclimate, with harsher conditions on south facing slopes. Aspect also is related to plant invasion in this ecosystem, with increased invasion on south facing slopes. My objective was to determine if the effects of aspect on invasive species are mediated by plant soil feedbacks. To test this, I conducted a greenhouse experiment using two native and two invasive prairie species, inoculated with soils collected from north and south facing slopes on Palouse Prairie remnants. Each pot consisted of autoclaved soil from an old agricultural field. The control group consisted of only the autoclaved soil, whereas the slope treatment pots consisted of 20% living soil. There were10 replicates per treatment. Germination and plant growth were measured after five weeks. I found that native species had higher growth rates when inoculated with soil from north slopes while invasive species growth rate was not affected. However, invasive species had much higher germination rates when inoculated with soil from south slopes. These findings suggest that slope aspect influences PSFs and these relationships can help with invasive species management in endangered ecosystems such as the Palouse Prairie Ecoregion.