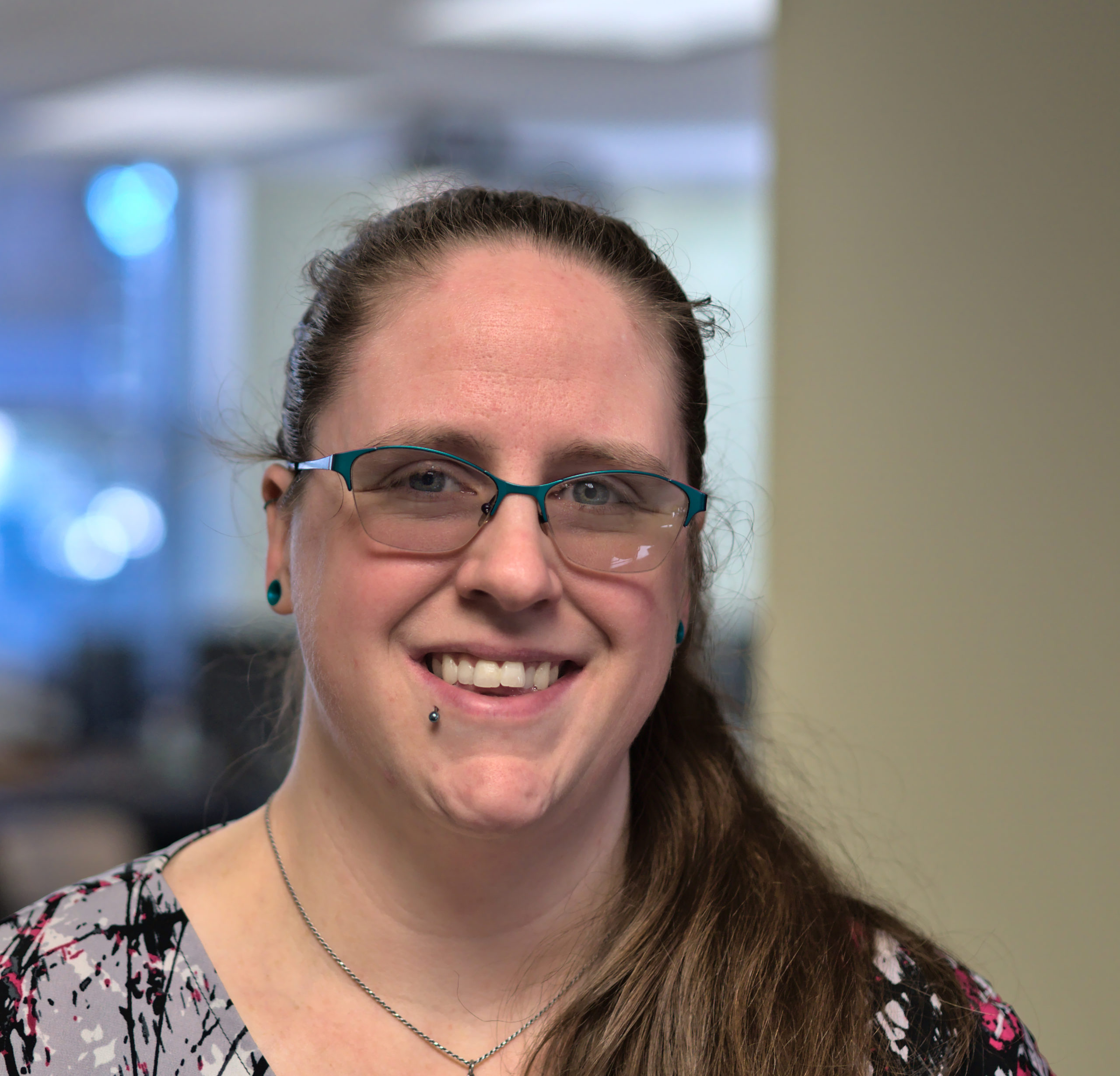 Ashley Destin will graduate from Eastern Washington University with a major in Biology. Her passion is animal care with a focus on domestic house cats. In the past, she volunteered in a small veterinarian clinic, working closely with surgeries and animal husbandry. Dr. Judd Case mentored Ashley for both of her Summer Research Internships with EWU McNair. Her summer 2020 research explored the relationship between skull morphology and general body size among felids (house cat, lynx, puma), mustelids (minks, weasels, badgers), and canids (foxes, coyotes, wolves); with a focus on North American felids, as it relates to prey acquisition. In 2021 Ashley and Dr. Case made a significant potential discovery while comparing wild and domestic feline blood cell shape. They found that there seems to be a strong, but untested, correlation between RBC shape and the severity of cytauxzoonosis in felids. The bowl shape in domestic cats could provide more cell volume for the parasite to proliferate, which may lead to a higher population of the parasite in the host and a more severe infection.

Research Title: Size Scaling in the Skull of North American Felids as Adaptations for Prey Acquisition

Abstract: This comparative study explores the relationship between skull morphology and general body size among felids (house cat, lynx, puma), mustelids (minks, weasels, badgers), and canids (foxes, coyotes, wolves); with a focus on North American felids, as it relates to prey acquisition. Previous studies have focused on the evolution of the carnivore skull shape, which include the species examined in this study. Using measurement methods laid out by Radinsky (1981a; 1984), the size of skull components are compared to overall body size to determine the rate of scaling of skull features with body size. Statistical evaluations of skull measurements within and between the three selected North American carnivore groups allowed it to be determined which features scaled with body size; skull length, jaw length, and tooth row length. Additionally, some of these skull features showed significant correlation with the body size of possible prey, indicating there are limitations on prey size based on skull parameters related to bite strength. When compared against body size, measurements relating to the temporalis muscle didn’t fit the regression lines as well as other data, indicating that the temporalis doesn’t scale directly with body size which is a major component in bite strength differences related to prey size that can be taken. Across all families, the moment arm of the temporalis and the zygomatic arch width showed significant differences between species within a family. In most comparisons, temporal fossa width differences were also significant.

Abstract: With a role as important as carrying oxygen to tissues everywhere in the body, red blood cells (RBCs) have been well-studied. Due to the higher oxygen needs of large animals like humans, RBCs are the most abundant and fastest produced cells in the body. To meet these oxygen needs, RBCs have several adaptations including deformability for movement, a biconcave disc shape to maximize the surface area to volume ratio for maximum gas transport, and lack many organelles. Further research has told us that these cells are filled with hemoglobin molecules each of which to can chemical bind to four oxygen molecules (Case, 2021). This shape and structure has been so effective that most mammals have evolved a similar shape. Despite a lack of documentation available, the felid family was no exception. Wild species of felids, such as pumas and lynx, maintained this discoid, red blood cell shape (Wikander, Anantatat, Kang, & Reif, 2020). Even snow leopards (Panthera uncia) have this shape to their RBCs despite living in higher altitudes, where most felids would have a difficult time breathing due to lower oxygen availability (Janecka et al., 2015). However, as we investigate domesticated felids, there is a clear change in shape. Rather than having a distinct central pallor as seen with the biconcave disc, the cell is concave on one side and convex on the other creating more of a bowl shape. This deviation in shape can have several impacts on health like lower gas transportation and exacerbated rouleaux stacking. The RBCs of cats are also more prone to oxidative damage and Heinz bodies (Cornell University College of Veterinary Medicine, 2014), whether this is connected to the shape mutation would need further research. This mutation hasn’t been researched to know what caused it or all of its impacts. For example, Cytauxzoon felis, a protozoan parasite that uses the red and white blood cells of felines to proliferate, can be more detrimental to a domestic cat than to a bobcat with a disc shaped blood cell. Wild felids such as bobcats, pumas, and panthers experience asymptomatic or mild cases of cytauxzoonosis, surviving to become reservoirs while the infection in domestic cats is often severe to fatal (Wang et al., 2017). Since C. felis uses both red and white blood cells to support their proliferation, variations in these cells may impact the severity of disease experienced by the host (Byers, 2016). With the range of ticks expanding, the potential for cytauzoonosis also increases (Merck Veterinary Manual & Tarigo, 2015). Thus, there seems to be a strong, but untested, correlation between RBC shape and the severity of cytauxzoonosis in felids. When comparing the red blood cells of hosts that experience mild infections to domestic cats, there is a noticeable difference in shape. The bowl shape seen in domestic cats could provide more cell volume that the parasite could use to proliferate, which may lead to a higher population of the parasite in the host and a more severe infection. Additionally, there is no literature yet published that discusses the shape change of RBCs in wildcats and domestic cats or what mutations in subsurface, plasmalemma proteins which would alter the typical biconcave disc shape into the bowl-shaped RBC shape seen domestic cats and in European wildcats.