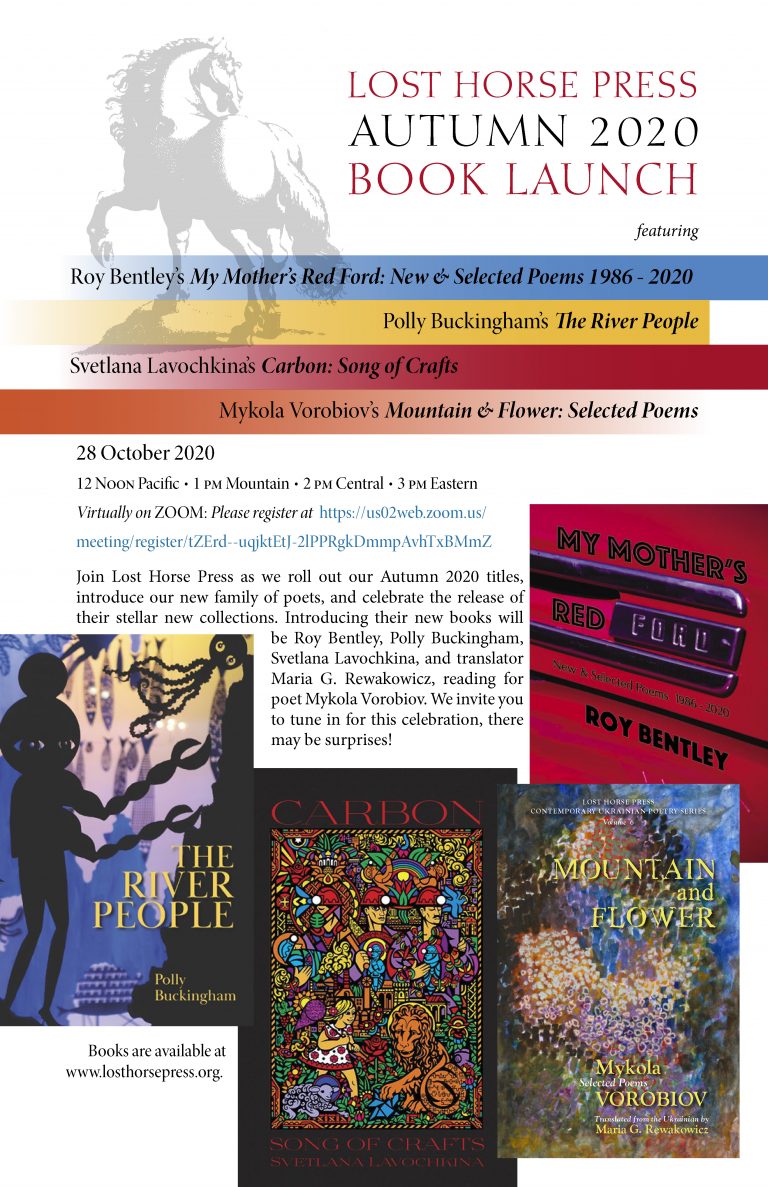 Willow Springs Magazine editor and renowned Eastern Washington University Creative Writing professor Polly Buckingham has announced that she will be reading from her new book of poems titled The River People at a live virtual reading this Wednesday, October 28th. The reading will be hosted by Lost Horse Press in celebration of their autumn 2020 book launches, also including Roy Bentley’s My Mother’s Red Ford: New & Selected Poems 1986 – 2020, Svetlana Lavochkina’s Carbon: Song of Crafts, and Mykola Vorobiov’s Mountain & Flower: Selected Poems. The reading will begin at 12pm PDT and will take place via Zoom. The event is open to the public, and can be registered to attend by clicking here or following the link on the attached poster. You can also find out more about the event from the Lost Horse Press Facebook page.

Polly Buckingham’s The River People was released via Lost Horse Press on October 1st of this year. As noted on the HFS Books website through which the book can be purchased from the publisher: “The poems in Polly Buckingham’s debut collection, The River People, move through both dream and natural landscapes exploring connection and loss, abundance and degradation, the personal and the political. The speaker in these poems is often in a state of not knowing that can be both terrifying and revelatory. It is a state in which windows and doors connect the living and the dead and the inner and outer worlds. Organized in four sections that move from Florida to the Pacific Northwest, the poems are heavily imagistic and reminiscent of deep image poetry and Spanish surrealism.”

The River People can be purchased now via the HFS Books website, the University of Washington Press site, in stores and online via Barnes & Noble, through IndieBound, via Amazon, and more.

This is Buckingham’s third book. Her first book, The Expense of a View, won the Katherine Anne Porter Prize and her second book, A Year of Silence, won the Jeanne Leiby Memorial Chapbook Award. She is also the recipient of a Washington Artists Trust fellowship. You can learn more about her, read her online work, and find out where to purchase her previous books from her website.