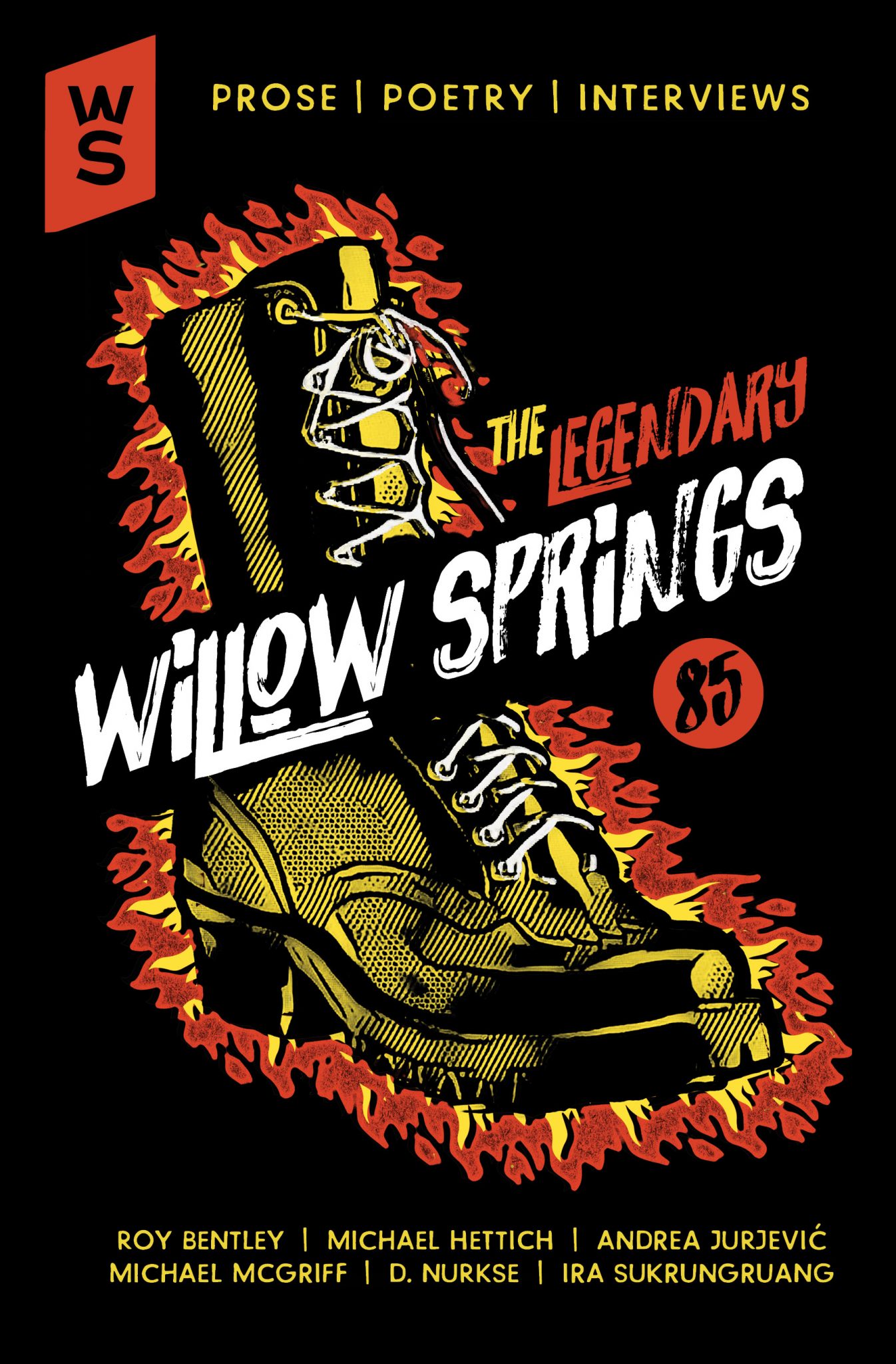 the Adriatic tightens around the shore

in each house on the island

there’s a table. on every table,

ashes in the oven.

ashes on the domes of the bread.

ashes on the roof of one’s mouth.

alone in his house. our family—

scattered around the world—

got caught in a phone web,

catching up with each other,

and we forgot his body.

but things were funny: phone in hand,

someone picked her nose,

and pulled out a bloody fingernail.

another drew a hair—tough, tar-black—

from between her teeth, a pubic curl,

and wondered whose it was.

and, listen, in Sarajevo,

the fit ones ran through the Sniper Alley.

the rest took up dying.

longing is a trick, baby.

go inside a rock, a ringtone, the red coal of my tongue,

and you’ll only taste yourself.

look at the chenilled strip of black sand,

that fool walking with a flashlight.

listen to the ocean and come apart

lose their faces at night.

I return home, sit on the pier and listen to rocks suck the sea like Frank Booth on blue velvet.

At dawn my sister yanks me awake, and the oval shell of the world cracks open. Boats gape like a line of polished funeral shoes.

A cortège of animals gallops fluently by our house, their muscular architecture covered with lush white wool.

We close our eyes, wish for rain

and wake in another dream: on streets of distant towns, each of us, alone, carries keys from our old house, looks to unlock a door

that fits the key.

Your palms close around the book of my hips. The minor tongue my hips are inscribed in.

Your palms, two walls within which I sing.

On the sandbank tonight shards of broken glass,

the river licking its shore clean, like a dog nursing its wound, and the moon, translucent, is a soap bubble on your glistening back.

My bones are hollow. There’s a quick flutter of wingbeats.

You turn, holding back the curtain of the night, and say, Baby. Don’t you see you’re home.

For eternity we’re a house on fire.

The man with a boat on a leash. The bailaor dancing naked in my living room.

The man with two pistols against his skinny waist. The man rapping about white knuckles.

My father eating goulash his mother fixed from his pet pigeons. How he sobbed in our sea-splashed house after she died.

The man with a horse torso digging a trench of doubt. American outage.

I have a fondness for tight spaces. I tell you about each one I tucked myself into.

The swallows didn’t return this year, Sister writes. Their nests still line the eaves of the roof.

Baby. I want to be a swallow. Smallest, bluest of them. Skim the surface of the sea at sunset. Feed in flight. Build a cup of warm mud in the cover of someone’s large house, wake up in the mornings, and while my children still sleep, feel like it is me who keeps them safe.

Because the desert renders everything boundless and bare,

you delight in it. The lone, sun-drowned shack doubling as Goldfield’s Radio Museum, its toilet planters, and P. K. yapping          about spy transmitters.

Chip driving by in a giant truck, just off the testing site.

Wild Cat Ranch! Someone whispering, What can I do for you, sweetie, 100s of miles from anyone’s ears. Isn’t that what all of us want?

You adore what remains of Mina’s homes, its padlocks and boarded-up windows, bars across doors, No Trespassing signs.

And the mines, also abandoned, also disused, yet somehow like      homecoming.

Look! In all that flax and rust, the two of us, sipping gas station coffee, small as two fools of Breughel’s, turning into desert sand.