Robert Long Foreman’s first book, Among Other Things, was published last year by Pleiades Press after winning the inaugural Robert C. Jones Prize for Short Prose. His work has appeared recently in Copper Nickel and Crazyhorse, among other places. He is on Instagram and Twitter @RobertLong4man and his website is http://robertlongforeman.com/. He lives in Kansas City.

Notes on “The Vinyl Canal”

“The Vinyl Canal” is the first short story I wrote the first draft of, start to finish, on a typewriter. Every writer who is as easily distracted as I am should have one, because they’re only made for one thing, and that thing is writing. My work suffers when I do it on a machine that does four million things, just one of which is writing.

The unspecified setting for the short story is Athens, Ohio, where I lived for a few years and got to know a bunch of people who were from there and had known each other all their lives. Some of them had a public access TV show, at a station that in the early 2000s was still run using a Commodore 64. The radio show in the story is based on that, but is probably more like The Best Show with Tom Scharpling, which I often listen to.

What surprised me most as I wrote the story was that it didn’t end where I meant it to, at first. I thought the narrator’s exit from the radio station, about 2/3 of the way into the story, would be the right place to leave her. I realized, when I extended the story to where it ultimately went, that it wasn’t until later that the story’s animating tension was resolved, or its anxiety soothed (I don’t like the word “conflict”). It seemed to me that the right place to leave the narrator was at the mouth of the canal her weird acquaintance had dug. And so I learned a lot from continuing to work on this story, even after I saw I could have decided it was finished and moved on. I used to be less patient than that. The typewriter helps with this, somehow.

I recently got, at the age of thirty-six, my first two tattoos. Not in a sad or pathetic way, though. One tattoo is of a butterfly, and the other is of a bird I wanted to have on my arm. I’ve been listening to Julie Byrne, ever since her latest album came out. I recently discovered Tyler, the Creator. I eat a lot of tofu. I watch much more television than I ever thought I would. You asked me not to mention books, but I read The Stars My Destination, by Alfred Bester, and it is good enough to mention how good it is even when I’ve been asked not to.

Found in Willow Springs 81 Back to Author Profile The Vinyl Canal   IT STARTED  WITH  1999. Ben scratched his copywhen he dropped it on his bathroom floor. I don’t know […] 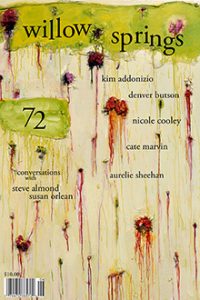 “The Man with The Nightmare Gun” by Robert Long Foreman

Found in Willow Springs 72 Back to Author Profile I  AM NOT A SERIOUS MAN. I thought Carol understood this about me by our fifth date. I thought it was something […] 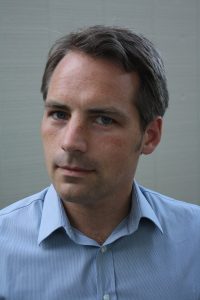