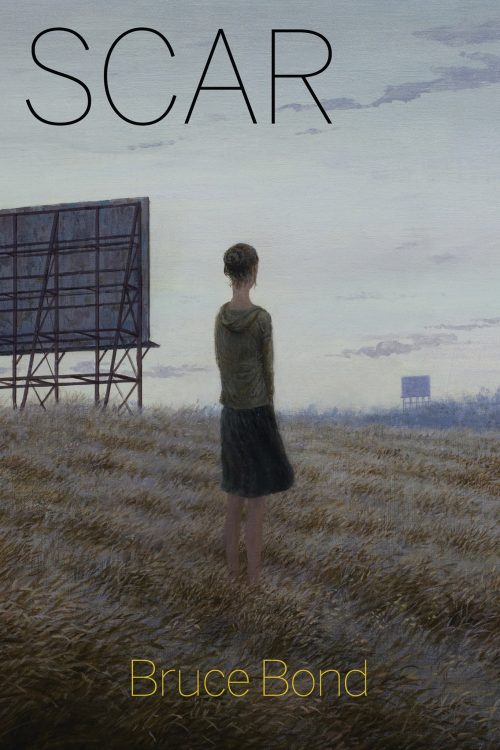 New from Bruce Bond and Etruscan Press, Scar comes out in October of this year. As Bruce Bond described it in a recent announcement, “This trilogy of sonnet sequences explores trauma, self-alienation, and the power of imaginative life to heal–to reawaken with the past a better understanding of its influence, both conscious and unconscious, to gain some measure of clarity, empathy, and freedom as we read the world.”

As esteemed poet and author of Another City David Keplinger reviewed the book on Amazon, “These unrhymed sonnets, as if one whole note struck repeatedly from beginning to finish, are technically superb, but the genius of Scar is its faithful translation of an ache. I know no other poet writing today whose capacity of perception is so sensitive to the harmonies of language and truth, sphere music composed by the difficult, nearly impossible, work of listening closely and hearing what is real.”

Scar can currently be pre-ordered on Amazon, and will be available for general sale by November 10th. Additionally, it can be pre-ordered through the Etruscan Press website, where it will also be officially released on the 10th of November. Etruscan Press has also released a Scar study guide for interested readers and instructors.

This is Bond’s twenty-fourth book. He has been published in multiple issues of Willow Springs, including in our most recent Issue 86, which you can find more about here on our website.