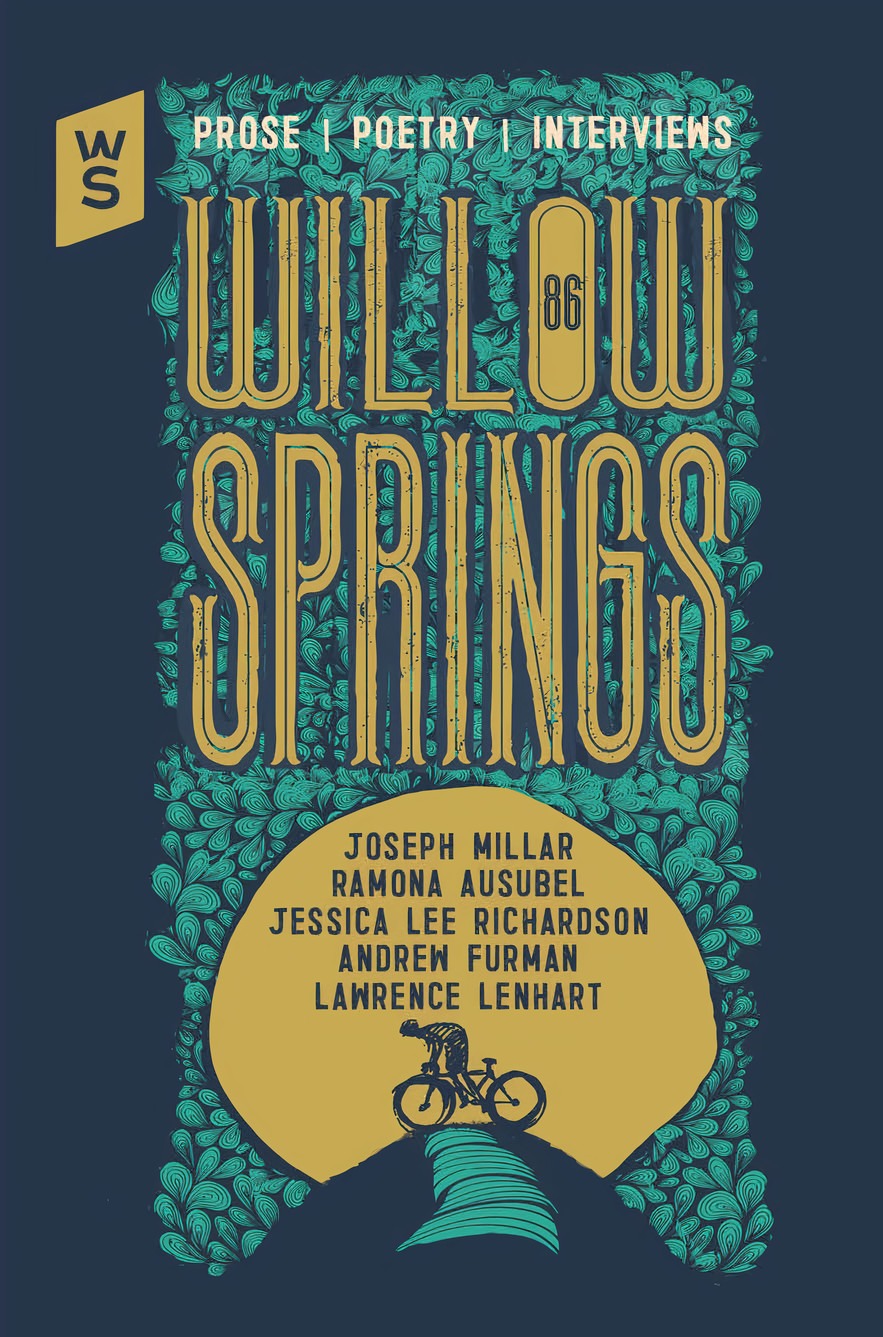 In the open parenthesis beside a conjunction, two commas nest. An independent clause, on its way to the apiary, spies them: two direct objects, of the mirror-tested species, building a home in the branches of a sentence.

Somewhere, a vacuum roars. Afternoon crickets crick in the ear. At night, when the world quiets down, every room vibrates deeply like a turbine, so that if you stand comma-wise on an otherwise blank page, a low moon throbs in your head.

When the independent clause considers a comma, it pictures a bird lying on its side. Then, the unclear referent adds more noise: the click of a predicate against subject, or a suddenly desexualized wailing under the moon after which we named the lunatics.

Diseases rarely thought to be caused by the moon: melanoma, sunburn.

Between 1765 and 1813, members of the Lunar Society of Birmingham called themselves lunaticks. Who were they? A dinner club of industrialists, natural philosophers, intellectuals, illustrious figures, and other nonrestrictive appositives in an age with little street lighting.

It is no longer polite to call someone a lunatic.

Occasionally, let’s say after no sleep, the buzz of tinnitus may be mistaken for bees. This has caused at least one independent clause, walking past a leaf that grazed his cheek, to startle, suddenly cold in the summer, and look all around him for a predator.

Anyone who’s ever been stung knows politeness is not the domain of honeybees.

The propolis they produce, when mixed with wood, gives redness to the violin.

Through pheromones and the dance language, honeybees invert this reaction to reintroduce a kind of prelapsarian bliss to the hive. Sadparty is their grammar. Like the moon, they have grown less successful over time; they make fewer nutrients; they get harder to see in the dark.

This is mostly our fault, we who invented politeness.

“The Method of Lunar Distance”: in celestial navigation, the angular distance between the moon and another celestial body. Combine this angle and a nautical almanac to calculate Greenwich mean time. By comparing your calculated time to local time, the navigator may determine longitude. (Bees do something similar when they fan their wingpieces for landing.)

The average ambient noise of cities has grown by about thirty decibels. Every three decibels represents a doubling of sound pressure. Cities are therefore one thousand times louder than the soft, grassy world we knew before language.

Long-term exposure to environmental noise may cause high blood pressure, headaches, insomnia, tinnitus, and hyperacusis—a kind of colony collapse syndrome of the ear. Hyperacusis amplifies everyday sound. The clinking of silverware on a dinner plate may cause the sufferer’s ear to spasm painfully; a lover’s laughter may hurt purely for physical reasons; semicolons keep various facts about the world from bumbling into one another.

Beethoven suffered from both tinnitus and hyperacusis. During the Siege of Vienna, the unbearable loudness of faraway bombs drove him crying to his brother’s basement, where the famous composer jammed pillows against his ears to stop himself from exploding.

Ringing in the ears may be a warning sign of glioblastoma, a rare and aggressive cancer born in the brain. Average age of onset is sixty-four. In coronal MRIs the tumor may resemble a hive. Mean survival time is three months without treatment; treatment adds an additional nine to twelve months to this sentence. Imagine what you could do one year from now.

The wooden sign saying Do Not Shake the Bees is sad.

How many bees had to be shaken for the dispassionate researcher to notice the chronic despair reaction, record it, and then puzzle over whether it was even worth mentioning? Sadder still: think of all the people who will disobey a sign because it’s there.

All things can be related to one another given enough semicolons and time, the careful combination of which may add up to one independent clause containing everything: magpies and manta rays—the only nonmammals who understand a mirror; Beethoven and honeybees—doomed musicians who ceaselessly buzz; the moon and other distances. This phenomenon, known as grammar, was invented many years ago by self-aware birds who lost their feathers and out of unquenchable necessity built loud hives in the grass, called cities. According to laws these birds invented, every independent clause, no matter how complex, must end with a period, a question mark, or an exclamation point, the latter also known as a bang.

Ending an independent clause with an ellipses is considered nonstandard, ungrammatical, uncool, against the rules, implying as it does a wish not to end, to leave things unsaid, to return at some indefinable point to itself . . .

Please do not shake the bees.