Erin Belieu is the author of four poetry collections, most recently, Slant Six, chosen as one of the ten best books of 2014 by Dwight Garner in the New York Times. All of her books are published by Copper Canyon Press. Belieu has been selected for the National Poetry Series, a Rona Jaffe Foundation award, and her work has appeared in places such as The New Yorker, Poetry, The Atlantic, Tin House, Ploughshares, Slate, The Rumpus, as well as multiple appearances in Best American Poetry. Belieu directs the writing program at Florida State University and teaches in the low residency MFA at Lesley University in Cambridge, MA. She is also the co founder of VIDA: Women In Literary Arts and founder of Writers Resist/Write Our Democracy. Belieu lives in Tallahassee, Florida.

Notes on “When I Am A Teenage Boy”

I love poems and stories that deconstruct their characters’ psyches. In this poem, I was thinking of Browning’s “My Last Duchess”—the duke unwittingly revealing himself as a monster while trying to impress the agent with whom he’s speaking. I hoped for some of that tension in my poem, in which the boy telling his story keeps showing the truth of himself to us, despite his attempts to front; his banality and overweening sense of entitlement. A learned superficiality that doesn’t even know to hide itself. To me, this boy feels like a plant his parents are shaping into a grotesque topiary. It felt purposeful to the parents’ dynamic to have the father barely mentioned in the poem. I wanted that absence to be a kind of presence the reader notices. I believe this boy is not undeserving of our sympathy, given the environment he’s coming from. This is one version of how a soul becomes so busted, a particularly American version, I think. And I’ve always loved that opening scene in Anna Karenina the end of my poem references—the moral sophistry Stiva performs while unselfconsciously stuffing his face. Oh, and I tried to create a distinct quality of speech for this boy—a slightly grandiose affect he’s learned from being an only child dragged in his bow tie and little suit coat to too many adult parties. That’s how I heard his voice in my mind.

Recently, I’ve been trying to teach myself how to make world class Korean barbecue (because we don’t have a good Korean restaurant in Tallahassee and this has made my life sorrowful in many ways). It’s going pretty well I think. I did a jeyuk bokkeum a few weeks ago that seemed legit compared to what I’ve had in Koreatown in NYC. I just started really cooking again in the last few years, and am obsessed with The New York Times cooking school videos. So helpful! I can now spatchcock a chicken like a BOSS. On other fronts, we just got a new kitten. My son named him Haggis, which was necessary given that Haggis is so excruciatingly pretty he needed a name to tone down the whole “too adorable to exist” vibe. He’s a cream point Ragdoll (inspired by Cate Marvin’s Ragdoll Mishi with whom I’m madly in love), and he looks mostly like a pile of whipped cream. So presently much hoopla in the household as we try to keep our older cat Winnie from eating him.

“When I Am a Teenage Boy” by Erin Belieu

Found in Willow Springs 80 Back to Author Profile I am like my parents’ house, in a state of constant remodel we can ill afford, the noise behind a tarp producing […] 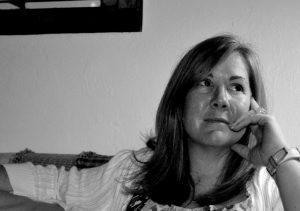 Issue 71: A Conversation with Erin Belieu