Austin LaGrone is the author of Oyster Perpetual, winner of the 2010 Idaho Prize for Poetry. His poems have appeared in Black Warrior Review, Brilliant Cornsers, Crazyhorse, Hayden’s Ferry, and Poetry International. He lives in Brooklyn and teaches at John Jay College.

“Foreseeable” is a poem that suffers nostalgia for a time and a place that has passed. I find all the hostility towards tobacco more offensive than cancer itself. It’s even illegal to smoke in Central Park now…likely a law that was passed to harass the homeless. These days, if you want to enjoy a puff without getting dirty looks, you have to travel all the way to Paris. And it’s only getting worse. I recently bought a pack of Delicados in Mexico and there was a picture on the pack of a man who couldn’t hug his daughter because his leg had been amputated. I ask you, who smokes until their leg falls off? And why bring the little girl into the narrative? When I buy a donut there are no pictures of grossly obese people. When I buy a Cadillac there are no pictures of the jaws of death. Anyway, “Foreseeable” goes out to the smokers.

“Tableau with Rockets Redglare” is a grab-bag of objective correlatives for the divorce I was going through at the time. All that ghastly business. The italicized language is “found poetry”—things I heard or observed in the world. The principle metaphor is the busted strip club marquee—Girls-Girls…and then just failed light. A kind of Duende. The very fact that the rule of three should fail to obtain in such vulgar circumstances is delightful. And for all I know, the marquee is still there…burning on Decatur Street.

I can talk influences, overlooked masterpieces like he Battlefield Where the Moon Says I Love You
and recently published beauties like A Lamp with Wings for aeons. A life of writing is principally dedicated to reading. I’ve kept the same office for five years just so I don’t have to move all the damn books. I suppose the poet who has most recently influenced my style is Cesar Viejo—both the collected and the posthumous. It is amazing to me that I lived without these poems for over forty years. I rarely leave the house without them. They say he drank so much beer that the bartenders gave him a significant discount…a beautiful, beautiful man. 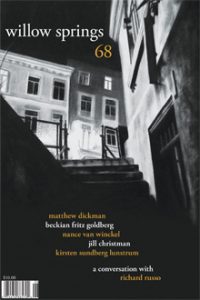 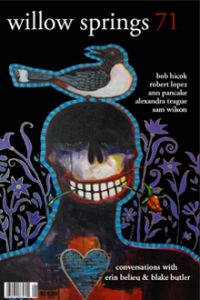 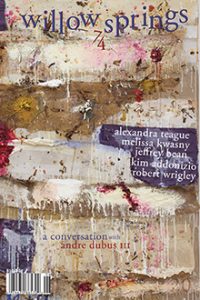