Jennifer Christman (she/her) is pursuing an MFA in Creative Writing at Warren Wilson College. Her debut fiction can be found in New Ohio Review 24. She lives in New York City.

“Dani Bloom” was inspired by a place in south Florida that has fascinated and haunted
me for the past 20-odd years I’ve lived here. It’s a wild 2000-acre finger of West Indian
hardwoods at the very top of the Keys in North Key Largo. In the 1980s, it was the site of fierce and protracted litigation between developers, who hoped to build a nearly 500-acre faux Mediterranean coastal village of hotels and condominiums smack dab in the middle of the woods, and environmental activists, who opposed the plan given the critical role of the hammock to the ecosystem.

As so many of these stories go in south Florida, the developers eventually won the court
case and even started construction. Yet, thankfully, they went bankrupt and ultimately
abandoned the project before destroying too much of the hammock. Soon after, the state
purchased the land and named it after one of the local environmentalist heroes who fought to preserve it. Now, the Dagny Johnson Key Largo Hammock Botanical State Park is home to 84 protected species of plants and animals, including Schaus’ swallowtail butterflies, mahogany mistletoes, wild tamarinds, American crocodiles, mangrove cuckoos, black-whiskered vireos, rare tree snails, and, my personal favorite, the endangered Key Largo woodrats, whose elaborate ground-nests of sticks and twigs enthralled William Bartram when he ventured down to Florida almost 250 years ago.

I travel down the highway with binoculars to visit this site when I can and it never fails to produce some great plant or animal discovery. But there’s also an eerie, Planet of the Apes feel to the place as several remnants of the abandoned development can still be glimpsed through the dense foliage, including a rock wall that snakes its way through the bush. I’ve known for quite a while that I’d eventually write a story set in this place, and then a character finally occurred to me, an adolescent girl, yes, growing up in the immediate aftermath of the failed development, whose mother maybe owned a native plant nursery and fought against it. The girl would be struggling to find her place in the world and the hammock—this magical place in its own right—would somehow play a role in her self-discovery. I’d have to find a way to get her out there. It had taken a while, I knew, to dismantle some of the buildings that the developers had partly constructed. Hmm. I just took it from there and hoped for the best!

Don’t even get me started on my border collie mix, a rescue from Hurricane Harvey in
Texas. We named him Storm, of course, and I’ve been pretty much obsessed with him from the start. Thankfully, he’s also obsessed with me and doesn’t like to leave my side. Storm had a rough first year with us. Malnourished as a pup before we adopted him, the bones in his front legs didn’t develop normally. He had difficulty walking and we thought he might need surgery. Thankfully, proper nutrition and lots of TLC—especially from our youngest child, Eva—brought his legs up to speed, finally. We now take Storm to the dog park and beach, and we even drive him from south Florida all the way to Acadia National Park in Maine so he can enjoy the mountain trails and lakes with us. And then there was the time that he noticed a child drowning in the ocean and swam out 500 yards and dragged her back to the safety of the shore by grasping her shoulder strap with his teeth. Okay, that never happened, but if Storm did notice a child drowning, I’m sure he’d save her! Strangers we meet out and about are always impressed by his sweetness, his obedience, and his good looks! Often, people are stunned that he’s not one of those fancy high-cost breeds, but an “All-American Dog,” as we call him, and one of a kind. I tell his many admirers that they should consider getting their own rescue, as there are any number of special dogs out there in need of a loving home. 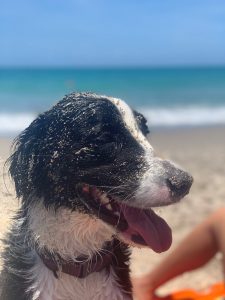 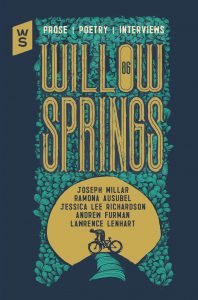 Found in Willow Springs 86 Back to Author Profile SOMETHING STRANGE HAPPENED to Dani Bloom the spring of her sophomore year at Keys High. She became popular. Not popular in the […]