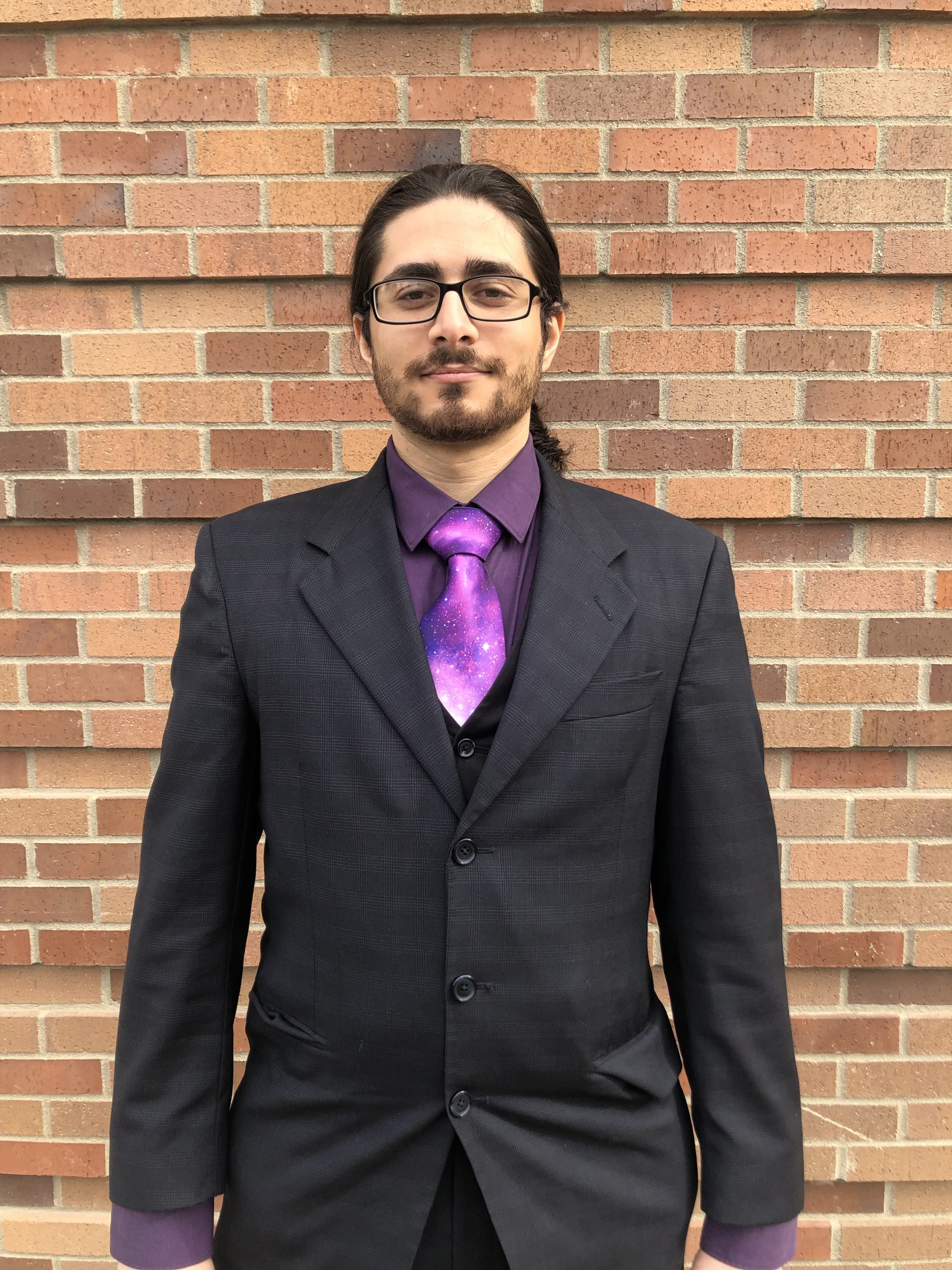 Malek Zein Chreiki is double majoring in Biology with Biotech Option and Physics along with a minor in Organic Chemistry at Eastern Washington University. His goal is to earn a PhD in molecular biology to research and develop novo genetic engineering biotech products. His focus is to work with Clustered Regularly Interspaced Short Palindromic Repeats (CRISPR)/Cas systems to manipulate genomes and study their effects. For spring quarter 2022 he will be working under the mentorship of Dr. Jason Ashley engineering Moloney Murine Leukemia Virus (MMLV)-based retroviral transfer plasmids for the expression S. pyogenes Cas9 and guide RNA for targeted knockout of specific genes in RAW264.7 murine macrophages. He will be also be participating in a directed study with Dr. David Syphers developing estimations to Fermi problems.

Abstract: The Clustered Regularly Interspaced Short Palindromic Repeats (CRISPR)-Cas system is a bacterial/archaeal immune system that evolved to recognize and cleave bacteriophage DNA that has been integrated in their genome. The gRNA-Cas complex consists of the Cas9 enzyme and a guide RNA (gRNA) complementary to a target genomic sequence followed by a protospacer adjacent motif (PAM). Cas9 produces double-stranded DNA breaks in targeted genomic regions that, when resolved via a non-homologous end joining mechanism, can result in disruption of the targeted gene. gRNAs are customizable, allowing for targeted disruption of any gene. For mammalian genome cell modification there are multiple approaches for delivering the Cas9-gRNA complex with many groups using a lentivirus-based system. Lentiviral vectors (derived from HIV lentivirus) are good for infecting both dividing and non-dividing cells, but are limited in their ability to transduce macrophages. Gamma-Retroviral vectors, for which there are no available Cas9-gRNA constructs, infect only dividing cells, but are effective in macrophages. The goal of this project is to produce a Moloney Murine Leukemia Virus (MMLV), gamma-retroviral (pMXs) system for delivering Cas9 and gRNA and validate the system’s ability to disrupt expression of two candidate genes (Lunatic Fringe/LFNG and ST3Gal1/SIAT4A. We have constructed pMXs-based retroviral plasmids that will express gRNA under the control of the human U6 promoter and Cas9 under the control of the EF-1α promoter. This modular plasmid allows for specific gene targeting through variation in the gRNA sequence, and it can be packaged into replication-incompetent gamma-retroviral particles using Platinum-E packaging cells. Resultant viruses will be applied to the macrophage-like RAW264.7 cell line, and successful genome modification will be confirmed through PCR and enzymatic analyses. Disruption of gene expression will be confirmed through quantification of LFNG and SIAT4A messenger RNA.

Abstract: Osteoclasts are multinucleated bone-resorbing cells with roles in both physiological and pathological skeletal remodeling. Osteoclastogenesis, the differentiation of osteoclasts from their monocyte/macrophage lineage precursors, is dependent upon RANK signaling, but other pathways, such as Notch, can influence their size, activity, and lifespan. As Notch signaling is modulated by selective glycosylation by the Fringe family of O-fucose-specific β1,3-N-acetylglucosaminyltransferases (GnTs), we sought to determine whether overexpression of individual Fringe glycosyltransferases alters osteoclastogenesis. We cloned full-length coding sequences for LFNG, MFNG, and RFNG from a mouse bone marrow cDNA library and inserted them into pMXs-Puro, a Moloney Murine Leukemia Virus (MMLV)-based gammaretroviral vector, and retroviral particles were generated via transient co-transfection with a VSV-G envelope plasmid into Platinum-E packaging cells. Following infection of RAW264.7 cells, which are immortalized macrophages/osteoclast precursors, we confirmed overexpression via RT-PCR, and subjected variable densities of parental and overexpression lines to RANKL-stimulated osteoclastogenesis. At the conclusion of the differentiation, we stained cells for Tartrate-Resistant Acid Phosphatase (TRAP) activity and assessed resultant morphologies. We found that LFNG-overexpressing (OE) cells produced similar osteoclasts to parental, but these osteoclasts appeared to have a longer lifespan as fewer LFNG-OE demonstrated fewer morphological indications of apoptosis. MFNG-OE cells demonstrated more extensive differentiation than parental, but showed a greater level of apoptosis at higher densities. RFNG-OE cells demonstrated reduced osteoclastogenesis with fewer and smaller osteoclasts and more cells demonstrating a macrophage-like morphology. These data suggest that different Fringe glycosyltransferases regulate different aspects of osteoclast activity with, potentially, LFNG promoting longer lifespans, MFNG promoting faster differentiation (and, thus, shorter lifespans), and RFNG suppressing differentiation. Future work will investigate the mechanisms underlying these differential effects through gene knockout.