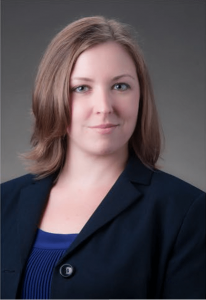 Donya Quarnstrom graduated with an economics major at Eastern Washington University (EWU). She did the Ronald E. McNair Scholar in pursuit of a Ph.D. in economics. She enjoys the study of regional economics, poverty, public economics, education and labor economics amongst other areas. She served as a member of the Student Legislative Action Committee at EWU from 2015 to 2016, was the president of EWU's Economics Society, and a member of the National Honors Society in Economics (Omicron Delta Epsilon). Donya is the recipient of the Aretas & Kittiemae Dayton Economics Scholarship and has presented original research at the National Conferences on Undergraduate Research (NCUR) and the 19th Annual EWU Student Research and Creative Works Symposium. Donya's passion for providing an opportunity for all individuals is a driving passion in her professional and personal life. She is an AmeriCorps alumna, trained community health worker, and has volunteered numerous hours at hospitals, homeless shelters, transitional living programs, food banks, and provided various services to youth programs. In 2017, Donya began attending Utah State University for an MS in Applied Economics.

Abstract: In Washington State, King and Spokane Counties are the two highest population counties with the greatest absolute employment levels. In 2014, the median wage in King County (Seattle) was $70,589 while in Spokane County the median wage was $42,650. This paper looks to discover some of the causes of the large wage difference, and if the higher wage in King County is offset by higher costs to live there. Theories and data are collected from published peer reviewed articles, Bureau of Labor Statists, City Data, United States Census Bureau, and Massachusetts Institute of Technology's (MIT) Living Wage Calculation of minimum cost-of-living standards. The results suggest that at lower wages, the wage differential does not offset the high cost-of-living in King County. However, at higher wage levels, the wages from transferable job skills between Spokane and King County does offset King County's higher cost-of-living. In particular, differences in employment in certain industries and the overall population level also explain a portion of the wage differential.

Donya has been accepted into Utah State University

Donya Has been accepted into WSU

Donya has been accepted to UT Dallas