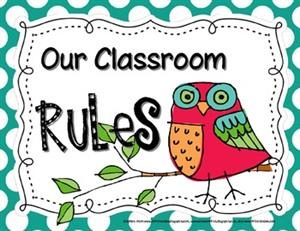 Following through with consequences is a tool used that can be used to correct students when they are misbehaving. As a class at the begging of the school year we set class rules and as class when those rules are broken we are set consequences because we broke them.

At the beginning of the year it is important that as class we set school rules that are important to the class as a whole, this way as a class we can also set consequences that as class we believe are fair to the rules that we break. The students were the ones who set up the consequences therefore they shouldn’t feel that it is unfair or that it was unexpected because they were the ones who chose this. Personally as a student I never got to choose the consequences so I would think that the consequences were stupid or unfair but if I had a decision on what they were I could not think this because I had a say in the decision.

In order to have this tool work as part of the preventative phase as a class we need to establish rules and consequences. However, this tool does fall under the corrective phase because we are correcting the mistakes that our students are making. This tool is intended to help the student correct their behavior, but it relates back to the preventive phase because it wouldn’t work if we don’t take the time to come up with those rules at the beginning of the school year. Even though the teacher is going to be one giving the consequence the student will know what consequence they will be receiving, and it should be no surprise to them.