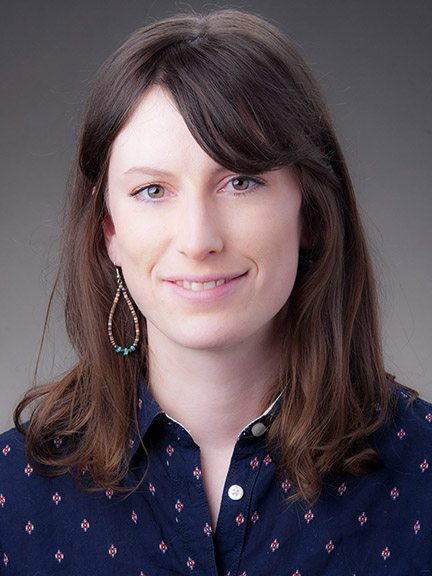 Jaimie Kenney completed her BS in Biology at Eastern Washington University in 2018. She previously graduated from EWU with a major in Spanish. Her main research interest is in how microorganisms impact the health of plants, for better or for worse. She aims to apply knowledge of plant-microbe interactions in agriculture or restoration of natural lands in order to mitigate the negative effects of global climate change on human civilization and natural ecosystems. She is also passionate about bridging the gap between the scientific community and the general public, believing that everyone can play an important role in the scientific process and that we must all collaborate in order to navigate the many social and environmental challenges currently facing society. Jaimie was accepted into the University of Georgia’s PhD in Entomology, North Carolina State University’s PhD in Plant Pathology, and in fall of 2018 began attending the University of California, Riverside’s PhD in Entomology Program with full funding.

Abstract: Grapevine fanleaf virus (GFLV) has a bipartite RNA genome and causes fanleaf degeneration, the oldest known viral disease of grape. The disease is characterized by a variety of symptoms, including malformed leaves and clearing of veins, the molecular mechanisms behind which are not well understood. Our goal was to create GFLV mutants of GFLV and determine how the mutations change the virus' ability to cause vein-clearing symptoms in a model host plant, Nicotiana benthamiana. Previous work identified a the segment of the RNA1-encoded RNA-dependent RNA polymerase (1EPol), as the a key symptom determinant. By characterizing chimeras of comparing two GFLV  strains of GFLV, wild type GHu, which causes typical vein-clearing symptoms in N. benthamiana, and wild type F13, which does not cause symptoms, this  1EPol region was further narrowed to a couple of amino acids, including the residue in in positions  position 802 and 804 of 1EPol. We used Q-5 site-directed mutagenesis to create GHu mutants of GHu where lysine 802K802 (lysine) was replaced by asparagine, glutamic acid, glutamine, or proline, and used these mutants to agroinoculate N. benthamiana seedlings. Plants were observed for symptoms for 3 weeks post- inoculation and tested for local and systemic GFLV infection. Replacing lysine 802K802 with other amino acids altered symptoms and rates of systemic infection. This suggested that lysine 802K802 of 1EPol not only plays a key role in triggering vein-clearing symptoms of GFLV, but may also be involved in other processes that enable the virus to spread within the host.

Jaimie has been accepted into the University of California Riverside

Jaimie has been accepted into the University of Georgia