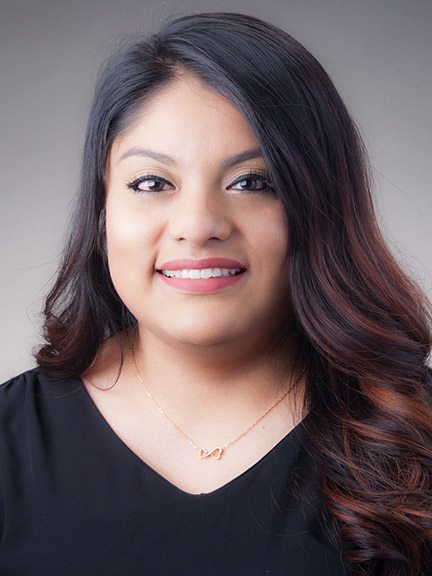 Ereisa Morales graduated in 2019, completing her bachelor’s degree in criminal justice and sociology with a minor in psychology and certificate in addiction studies. She is interested in investigating the phenomena of addiction among adolescents, specifically the Latino communities in the Central Valley of Washington State (i.e. Yakima, Walla Walla, and Wenatchee). During her time as a McNair scholar, Ereisa completed three McNair research projects. One with Dr. J. Tedescoe in sociology, one with Dr. Christina Torres Garcia in cultural studies, and another with Dr. Edmundo Aguilar in race and culture. In the fall of 2019 Ereisa began attending Michigan State University’s Sociology PhD program with full funding. She was also accepted to the University of Central Florida.

Abstract: As the Latina/o population continues to increase is becoming the largest and fastest growing ethnic group compromising 15% of the overall U.S population (Dillion, De La Rosa, Rojas, Schwartz, and Duan, 2011). Addiction researchers have noted this population as being especially vulnerable to drug and alcohol addiction (Compton, Grant, Colliver, Glantz, & Stinson, 2004; Grant et al., 2001; Volkow, 2006; as cited in Dillion et al., 2011). Other scholars agreed indicating that the Latina/o adolescent population is at the highest risk for psychosocial problems such as substance use (Gil, Wagner, & Vega 2000; as cited in Cruz-Santiago & Ramirez Garcia, 2011). Yet, consensus on the specific reasons for why this Latina/o adolescent are becoming the most vulnerable population to substance use have not been concluded.

This study will focus on the lived experiences of a two Latina female sibilance who chose different paths as adolescence regarding substance use. With the quest of understanding the motives of the decisions to use substances during adolescent years and be on, this study will use an in-depth ethnographic interviews as well as auto-ethnographic work and will focus on the participant's personal experiences. Through their lenses, we will explore the clashes of gender norms, their development of identity, and social pressures that may have influenced their decision to engage in substance use. In examining the attributions about substance use and addiction (i.e., beliefs about the causes of, and appropriate treatments for, substance use problems) (Miranda et al., 2005; Wells, Klap, Koike, & Sherbourne, 2001) , this will provide an insight about better understanding the experiences and/or conflicts that youth are faced in the decision to engage in drug use.

Ereisa Morales, McNair Scholar, has been accepted into the PhD program at Michigan State University’s department of Sociology!

Ereisa Morales, McNair Scholar, has been accepted into the M.A. program of Applied Sociology at the University of Central Florida