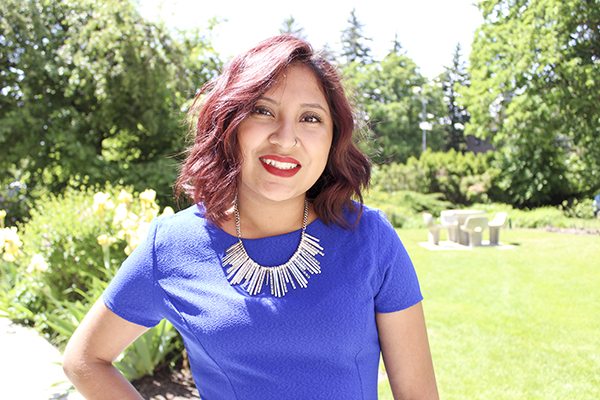 Minerva Zayas graduated in 2017 from Eastern Washington University with a major in Woman and Gender studies as well as a major in Psychology. Her research focus was on how queer Chicana women have had to negotiate their psychological and professional identities within higher education. This was derived from the need to reach out to low-income Hispanic families, and marginalized groups in order to provide affordable counseling services. Her scholarship endeavors will allow her to continue to narrow her research focus, within an epistemological perspective, in order to create social justice change. In the fall of 2017, she began attending Oregon State University's Masters in Women, Gender, and Sexuality Studies with full funding. She was also admitted to Master's programs at San Diego State University and San Francisco State. Minerva completed her Masters in Women, Gender, and Sexuality Studies at Oregon State University in 2020.

Abstract: Chicana women experience gender oppression and have actively challenged gender bias since before the start of the Chicano social protest movement (Garcia, 1997). Historically, as Mexican American women and men started working towards equal rights, Chicana women have experienced marginalization because of their voice and gender status. Additionally, queer Chicana women, or women that identify within the LGBTQ+ communities, have been oppressed within the Chicana feminist movement. Minimal research has been performed on the positive psychological identity development of Queer Chicana women. By using a mixed methods approach to challenge general ideas around the LGBTQ+ community and wellbeing, this research seeks ways to serve diverse ethnic and sexual minorities. Highlighting Chicana women's experiences around sexism, culture, and religion, I will be performing in-depth interviews on LGBTQ+/Queer Chicana women that attend Eastern Washington University. As I continue to conduct interviews, I predict that my analysis will bring greater visibility to Queer Chicana women and the diverse ways in which they construct their sex and gender identities. Their narratives will contribute to enriching current understandings of the multiple and complex ways that Queer Chicanas in the United States frame selfhood.

Minerva has been accepted into San Diego University

Minerva has been accepted into Oregon State University

Minerva and Edith receive a $5,000 grant