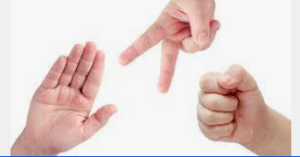 This tool could be used in classes of all ages with small problems that are caused due to young age and not having the know-how to solve simple problems. Rock-Paper-Scissors is a really simple, non-influenced method to solve some issues that may happen around school such as who gets the spot in line, who got tagged and has to freeze, who gets the swing first and many other small problems that students may feel the need to involve the teacher in, but it isn’t really necessary. This is a good way to start getting students thinking of problem solving even at a young age. In my experience, once this tool is implemented students automatically apply it to situations and are often not upset with the outcome where if the teacher would have made the decision, they may have been upset.

I placed this tool in the corrective phase because sometimes it is used once there is already a problem and it becomes the solution. This fits best with the corrective phase because if it solves a problem, it is correcting a behavior. It also could fit in the supportive phase though because it keeps students from having undesired behaviors in some cases and can prevent problems from happening aka supporting the desired behaviors. I believe this best fits with the student-directed and collaborative theories of influence because it empowers students to do things on their own and gives them a tool to solve problems themselves. But, it could fit with other theories of influence as well.