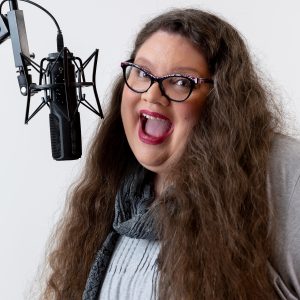 An active member of the Washington film community, Rebecca Cook got her AAS in Radio Broadcasting at SFCC and her BA in Theatre from EWU. She has worked as an actress, director, costumer, make-up artist, accountant, producer, and director throughout the region. For the last several years, she has worked on over 20 feature films, several commercial productions, and all 5 seasons of Syfy Channel’s Z Nation, as well as directed several award-winning short films. She founded her own small company, Thundering Kitten Productions. In her passion for the film industry, she serves as Vice President for IATSE Local 488, serves on the board of Washington Filmworks, and is on the board of Spokane Film Project. She has narrated various commercial and documentary voice overs, as well as brought to life over 90 audiobooks. Keeping to her theater roots, she’s produced several original works play festivals for Spokane Stage Left Theater annually and has the pleasure of being a living history actress at The Campbell House. She even enjoys rescuing feral cats from time to time. Because of her diverse background in the industry and entertaining style, she teaches classes and has been asked to speak to many students and local professionals about her journey creating a life in the arts.