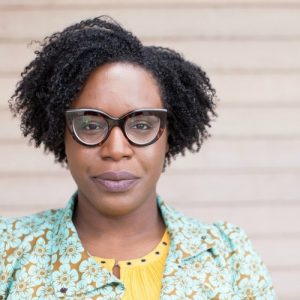 An Evening with Brandon Hobson and Lesley Nneka Arimah

Lesley Nneka Arimah is the author of What It Means When a Man Falls from the Sky (Riverhead, 2017). Evocative, wrenching, and subversive, this dazzlingly accomplished collection explores the times that bind us - parents and children, husbands and wives, lovers and friends - to one another and to the places we call home. Her short story, Skinned, published in McSweeney’s Quarterly Concern Issue 53, was awarded the 2019 Caine Prize for African Writing.

Winner of the 2017 Kirkus Prize for Fiction and the  NYPL Young Lions Fiction Award, finalist for the Aspen Prize, and named one of the most anticipated books of 2017 by Time Magazine, Elle, the Chicago Tribune, the Boston Globe, the Millions, Nylon, and the Minneapolis Star-Tribune, it was also selected by the National Book Foundation as a 2017 5 Under 35 honoree. Arimah has also won an O. Henry Prize and was the Africa Regional Winner for the 2015 Commonwealth Short Story Prize, as well as being shortlisted for the 2016 Caine Prize for African Writing. Her work has received grants and awards from AWP, the Elizabeth George Foundation, the Jerome Foundation and others. Her short stories have appeared in numerous journals and magazines, including The New Yorker, which nominated her for a National Magazine Award, Harper’s, and Granta.

Born in the U.K., Arimah moved grew up in both Nigeria and the U.K. before moving to the U.S. in her early teens, where she spent a decade in Louisiana before relocating to Minnesota. She is currently at work on a novel.