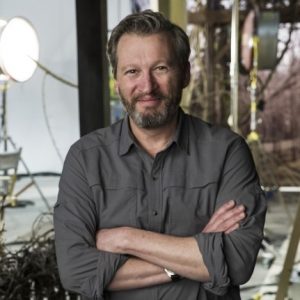 Ken Kwapis is an award-winning director of motion pictures and television. He has directed eleven feature films, among them A Walk In The Woods, based on Bill Bryson’s acclaimed comedic memoir; He’s Just Not That Into You, inspired by the New York Times bestselling advice book; and The Sisterhood of the Traveling Pants, adapted from the beloved young adult novel. Other films include the rescue adventure Big Miracle, and the romantic comedies License to Wed and He Said, She Said (co-directed with Marisa Silver). His feature debut was Sesame Street Presents: Follow That Bird, starring Jim Henson’s Muppets.

Among his upcoming feature projects is Sisterhood Everlasting, based on the final book in Ann Brashares’ Sisterhood of the Traveling Pants series.

For television, Kwapis helped launch nine series, including the groundbreaking HBO comedy The Larry Sanders Show, Fox’s Emmy Award-winning The Bernie Mac Show, and NBC’s The Office. Kwapis directed the pilot of The Office and its series finale, along with many memorable episodes —“Casino Night,” Booze Cruise,” “Diversity Day,” to name a few. He earned an Emmy nomination for directing the episode “Gay Witch Hunt.”

Kwapis also earned an Emmy nomination for his work as a producer-director of Fox's Malcolm In The Middle. Other series Kwapis helped launch include NBC’s Outsourced, Showtime’s Happyish, and Netflix’s #blackAF. He directed numerous episodes of shows such as Freaks and Geeks, One Mississippi, and Santa Clarita Diet.

Kwapis studied filmmaking at Northwestern University and the University of Southern California. He won the Student Academy Award in Dramatic Achievement for his USC thesis film "For Heaven's Sake," an adaptation of Mozart's one-act comic opera Der Schauspieldirektor ("The Impresario.”)

But What I Really Want to Do is Direct is his first book.