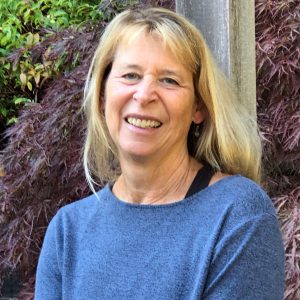 Holly J. Hughes is the author of Hold Fast, Passings, and Sailing by Ravens, co-author of The Pen and The Bell: Mindful Writing in a Busy World, and editor of the anthology Beyond Forgetting: Poetry and Prose about Alzheimer's Disease. Her chapbook Passings received an American Book Award in 2017; four poems were set to music by composer Edie Hill in a choral piece titled "Spectral Spirits." After teaching writing at the college level for several decades, she now lives on the Olympic peninsula, where she leads writing and mindfulness workshops in Alaska and the Northwest and consults as a writing coach. She lives in Chimacum, WA.